To most children, the boogeyman and clowns were stuff of nightmares. But she had long associated fear with the sickly sweet scent of candy floss, and vibrant colours.

In the nebula of her subconscious, colours haunted her dreams and taunted her waking hours. When she allowed herself to close her eyes, her memories were a ricochet of psychedelic bullets. She felt each one pierce her skull, as inextricably painfully as a real bullet would.

She was 6. The arms that had caught her then were strong, muscular, enveloping as they wrapped round her waist like fiercely protective vines. Smiling in expectation of her mother or brother’s comforting features, she turned, only to come face to face with a stranger’s menacing smile.

She hadn’t known fear, thus she couldn’t cry. She hadn’t known danger. Her beam lingered, as did her trace of innocence. Her lithe little body knew nothing of fight nor flight; she was physically, emotionally unguarded.

Naivety was only to be carried away like an object of trade while those who were supposed to be there for her watched from a safe distance, bidding their guiltless goodbyes. 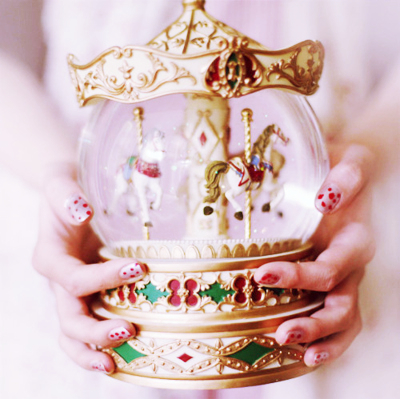 Scarlet Carousel
Searching for the centre of the universe, the centrifugal force that holds everything together.
Each spinning out of control, yet inevitably riveted.
Is this a journey with an end, or does the weight of the world settle in places where the spinning never stops.
Where then will the spiral lead them?