Day after we touched down on San Francisco was the United States’ President’s Day on February 17th. We took a tram from Parc 55 Wyndham Hotel to Pier 39 aka Fishermen’s Wharf, which was mad crowded. That island on the other side in the picture below, by the way, is Alcatraz!

We were just in time to catch Tulipmania! PIER 39 is in full bloom with thousands of tulips in all possible shades, and seasonal garden favorites decking the walkways on both levels of the pier. 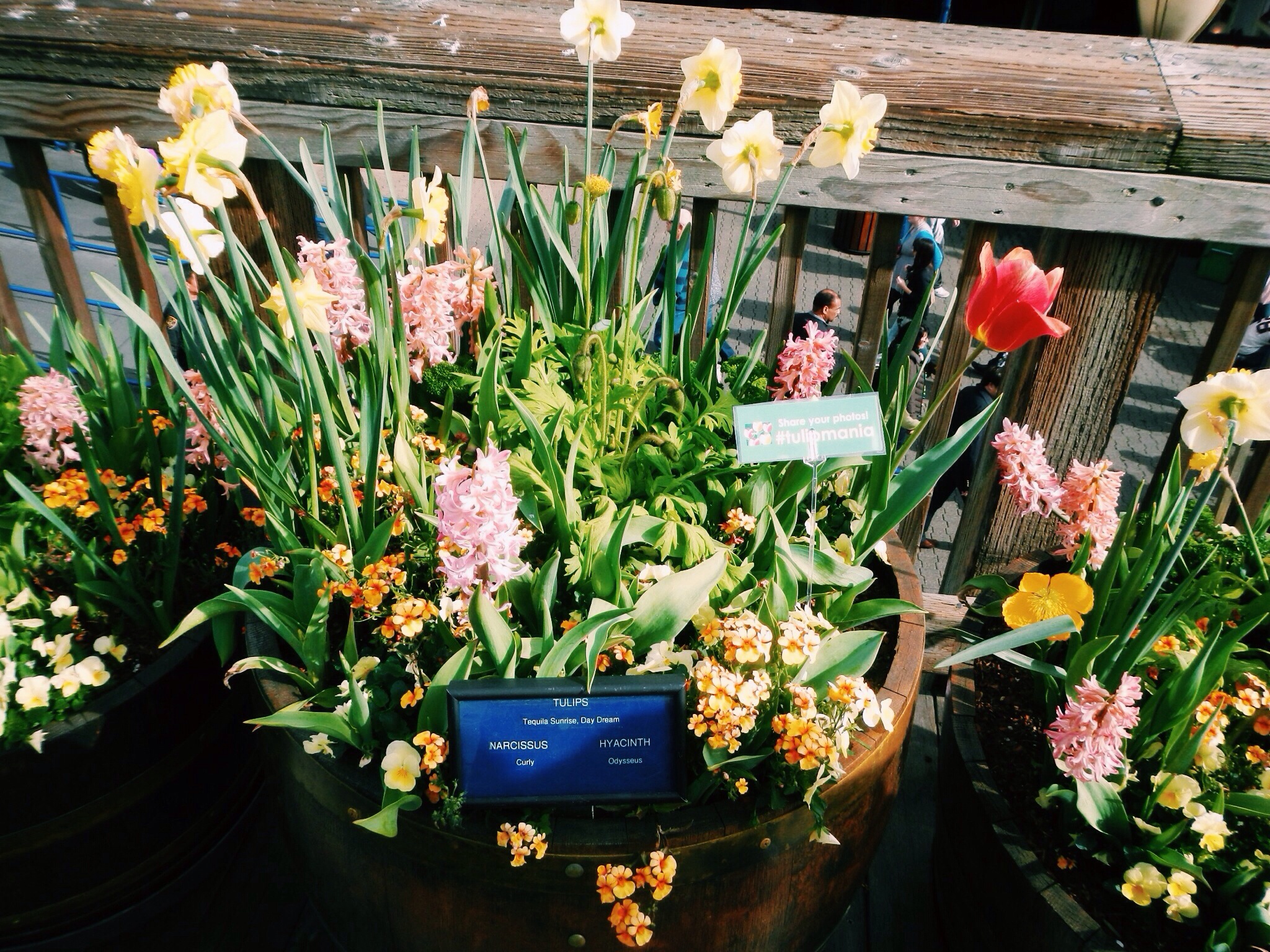 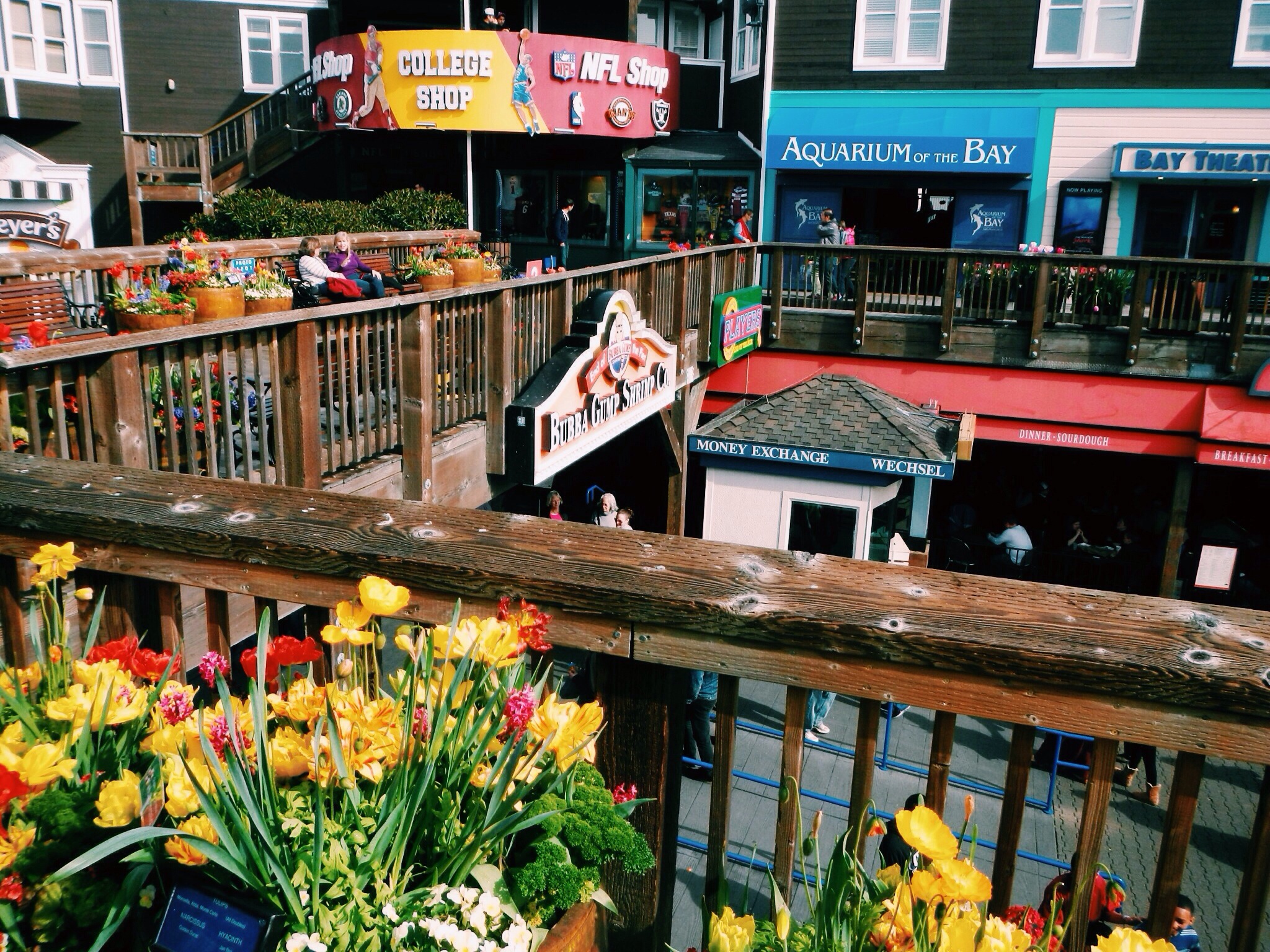 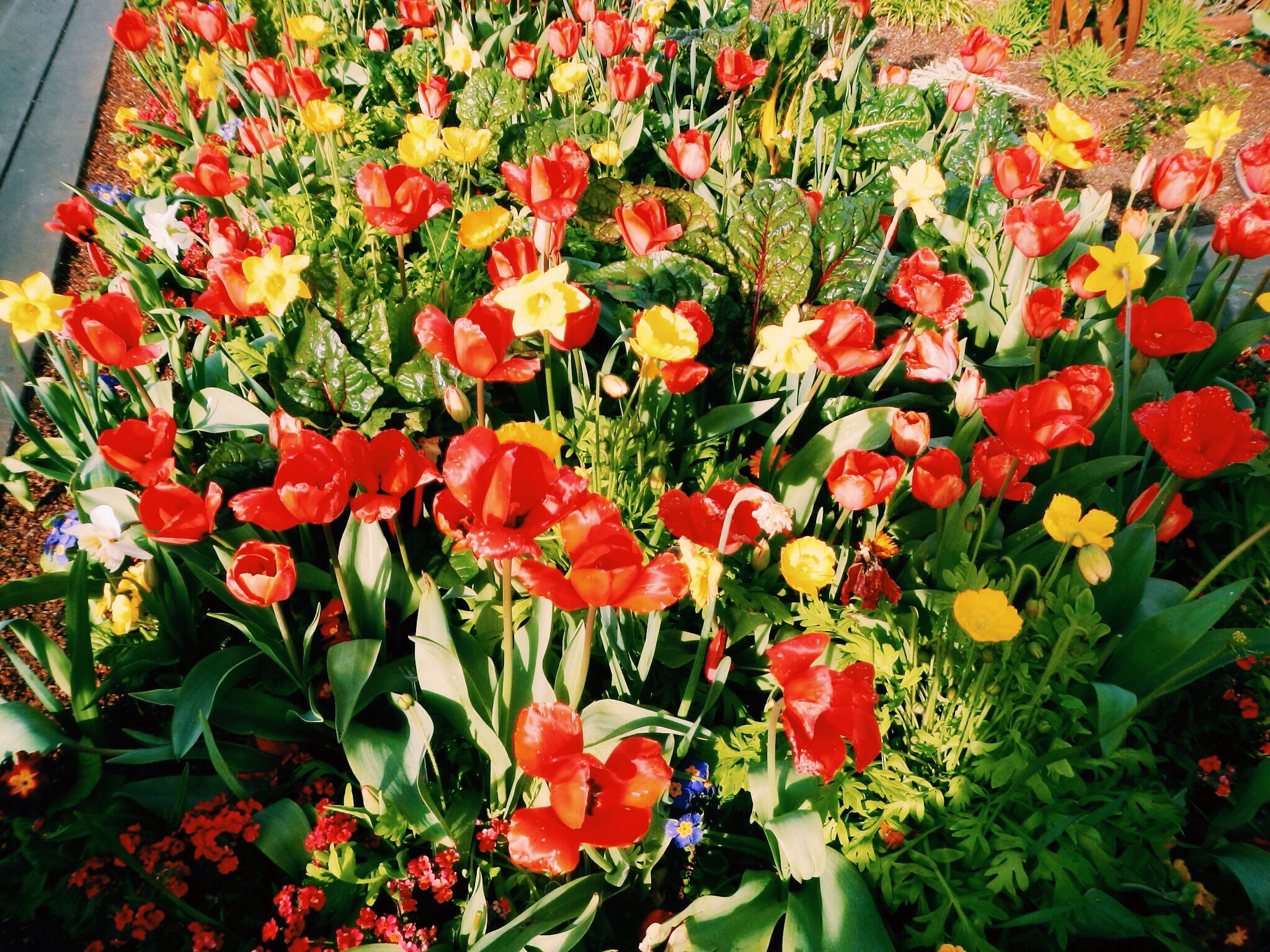 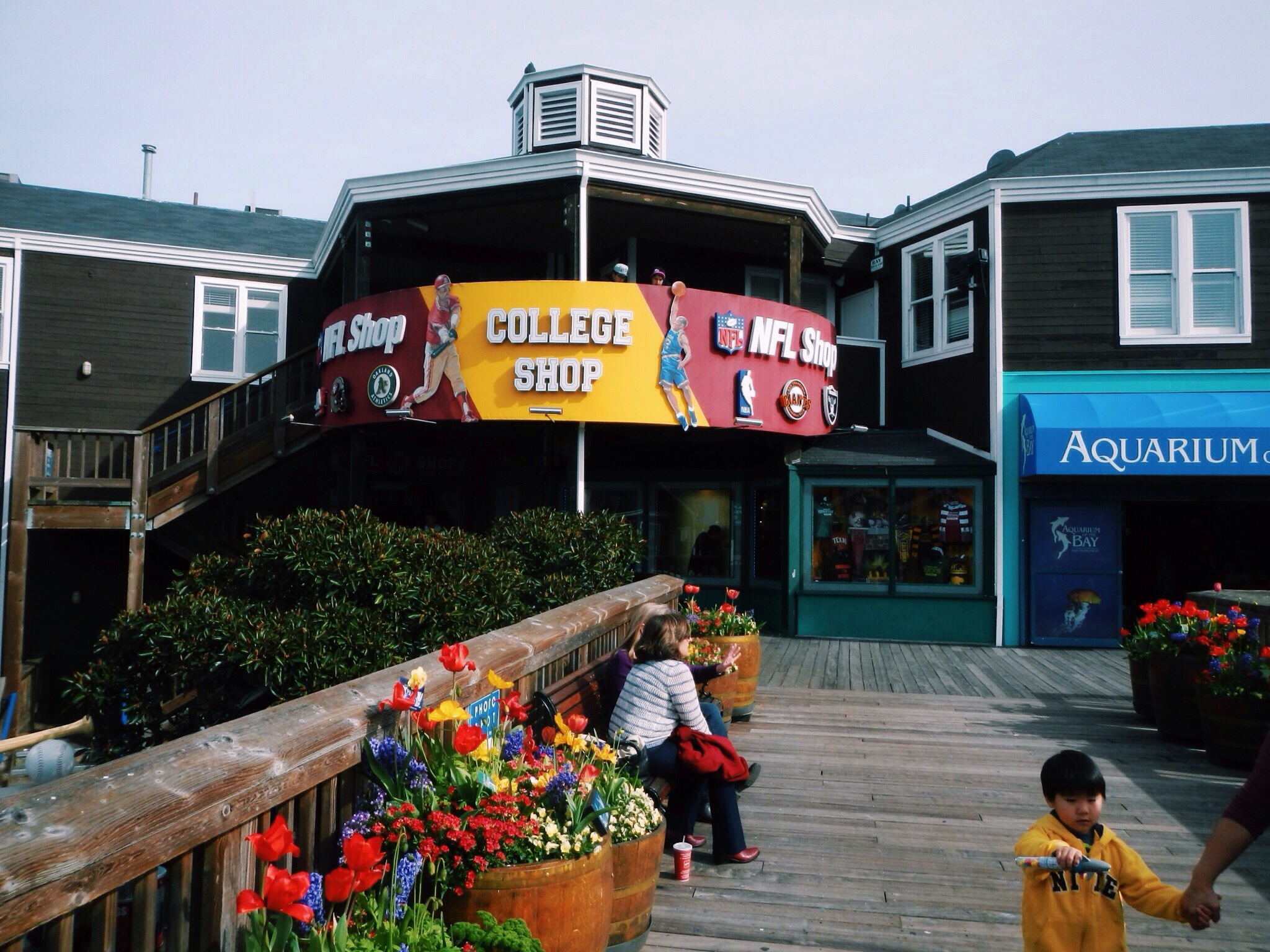 Taking a shot with the pier! Although it’s my second time at Fishermen’s Wharf, previously it was late evening when I arrived. Sunny afternoons really bring out the vibrance of the wharf.

Some of my travel buddies this trip: Sam and Brown! Thanks for the great company, the heart-to-heart talks and the spontaneity. 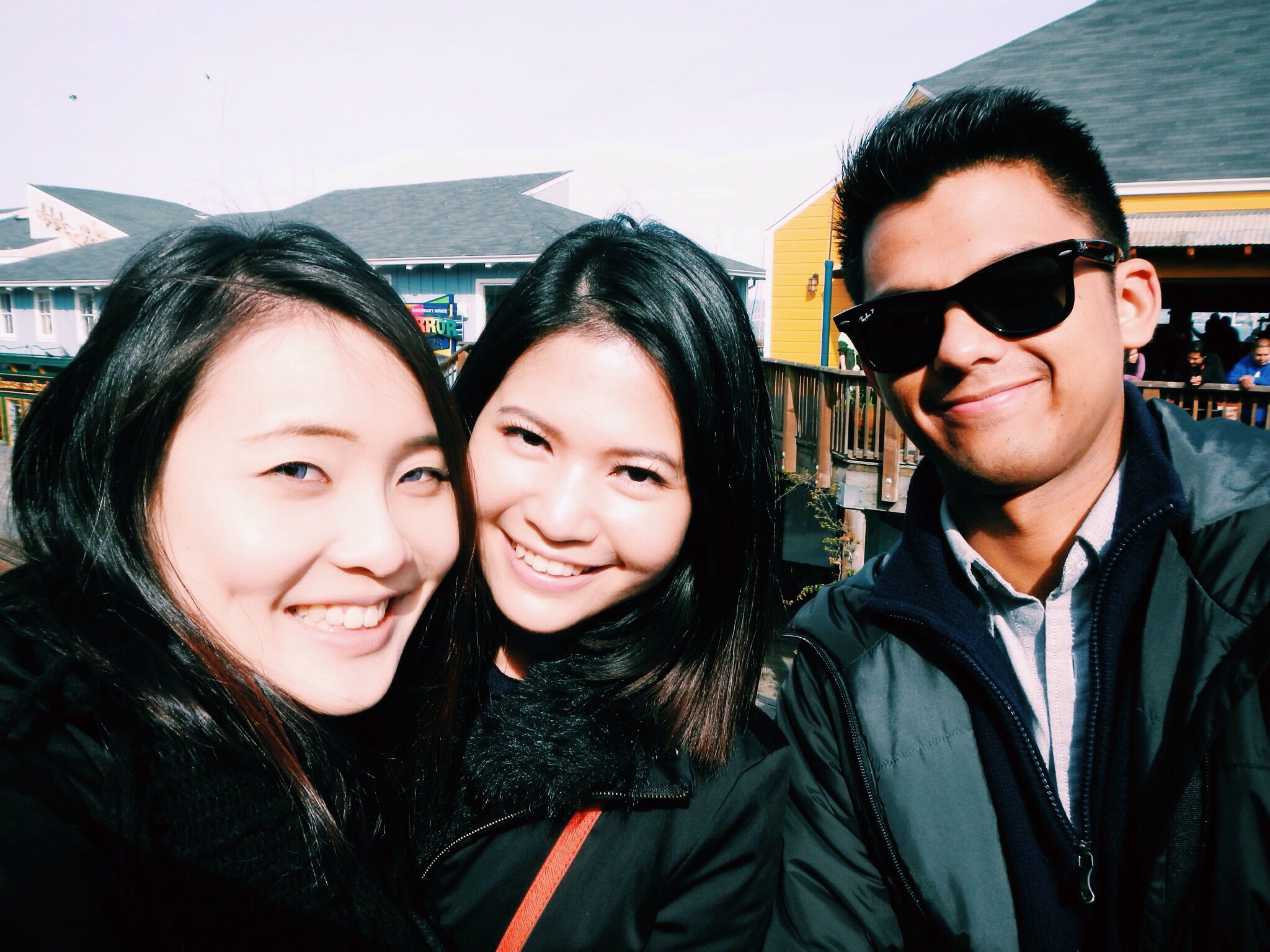 The pier is double-decked, so from the upper deck this is basically what the lower deck looks like. It’s pretty much the same everywhere around the pier, except with different shops or diners. And if you’re a shopaholic there’s soooo many shopping to do: a crazy variety of gift shops, Candy Baron, Zip It, Sunglass Hut, Shirtique, SF Underground and so much more.

Fulfilling our fascination with carousels. The pier’s central carousel is one of their main photographic attractions and kids line up for it everyday. 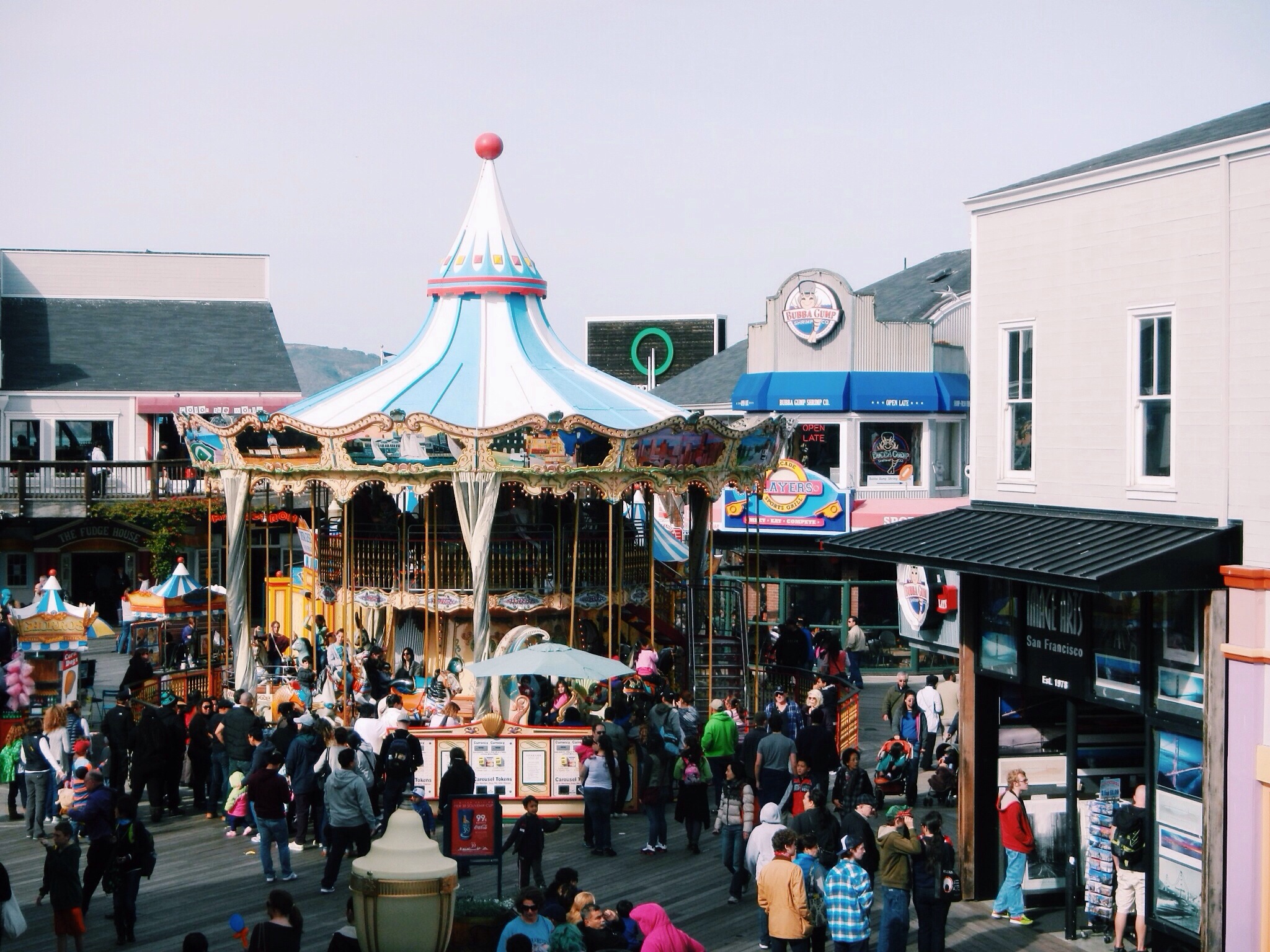 Giving the teddy a HIGH FIVE ^^ he’s like a club bouncer outside the souvenir shop. Sad teddy needed some lovin’. 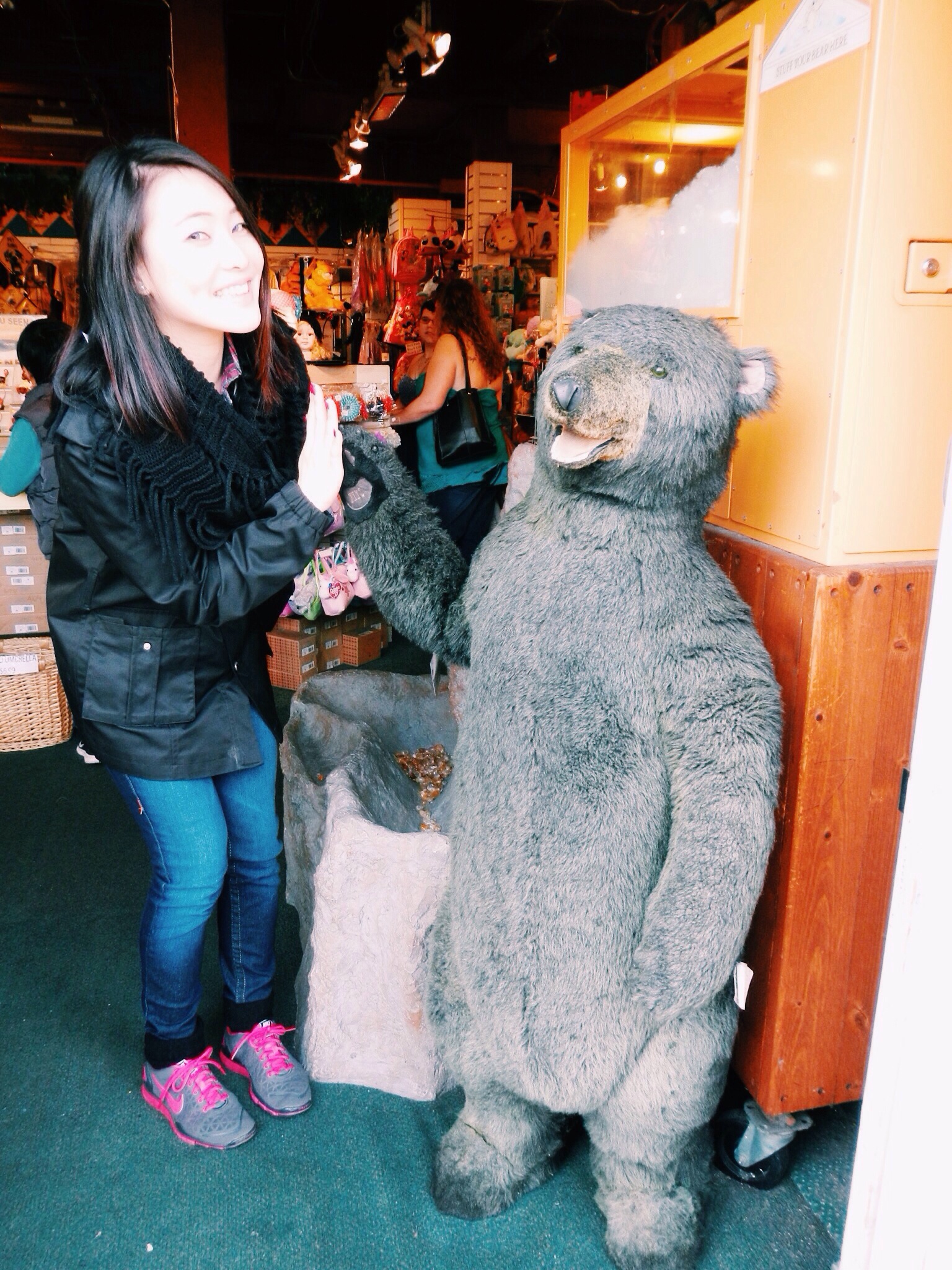 A cupcake patisserie along the second deck. Cannot resist pretty cupcakes! They smelt so good too.

A senior colleague who brought us here was telling us something about this building…not with the sharp pointed head but that one on the left. I cannot remember now!! Something about its resemblance to something…can somebody refresh my memory? 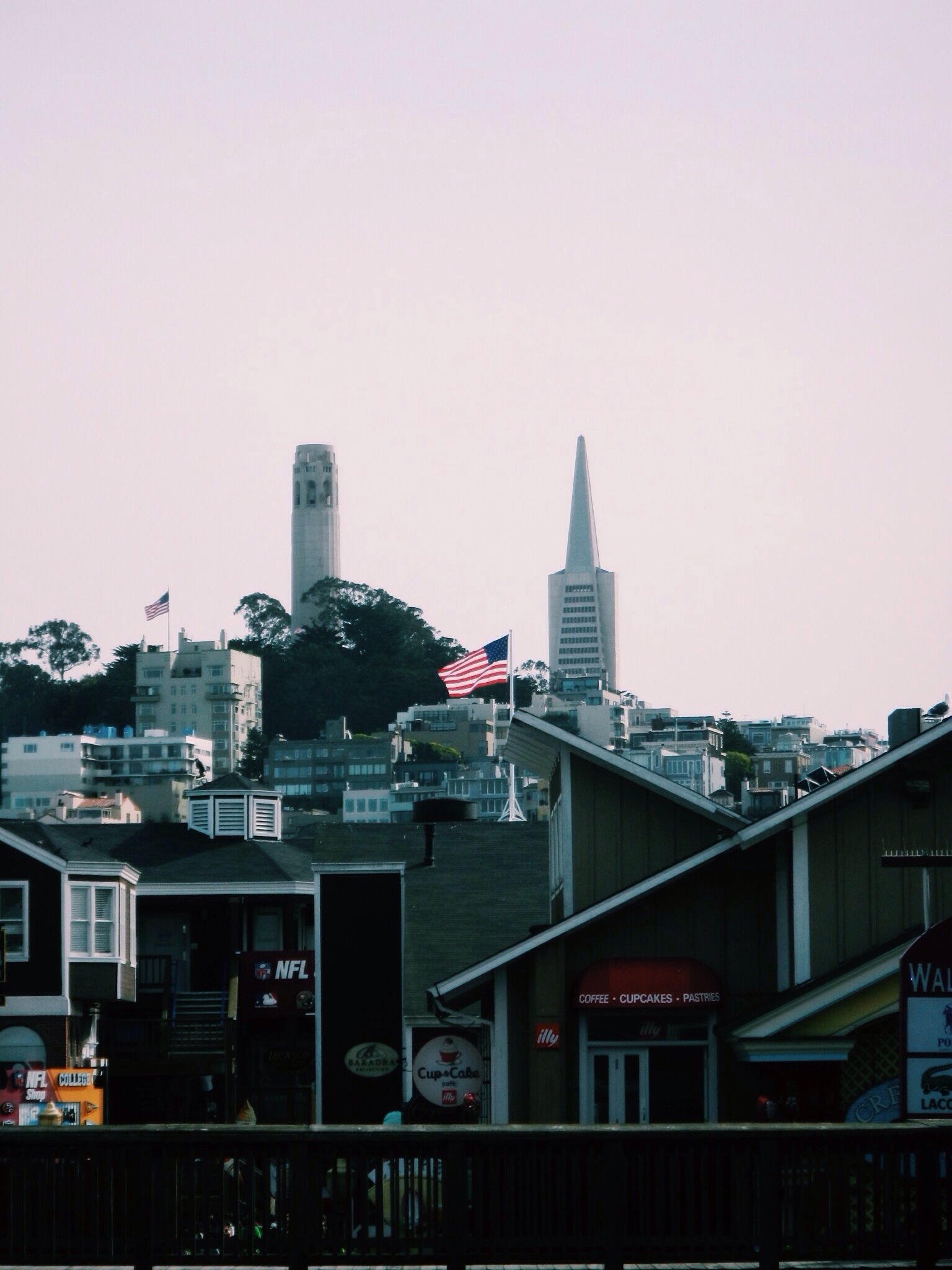 Will be posting up more snapshots in a while. There are too many food pictures!! This place is known for crabs, clam chowders, and seafood in general. I’m not entirely a fan of seafood but I had some crabs and fish & chips anyway. You have to, it’s Fishermen’s Wharf!

Coming to San Francisco for work purposes isn’t the same as travelling on holiday, but I’m glad for friends who brave through jet lags and fatigue with me!! Despite the worsening eyebags, I had a helluva great time. Can’t imagine lazing around in my hotel room all day!! I’ll be like these fat ass sea lions on the wharf. They stink, so bad.