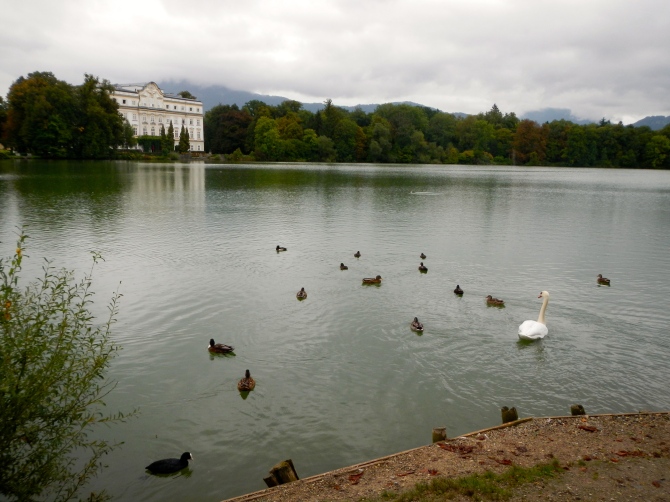 A glimpse of the rococo villa from the bank across, while surrounded by a gorgeous bevy of swans. Contrary to popular belief, the Schloss Leopoldskron palace was never used as the Von Trapp villa in Robert Wise’s Sound of Music! 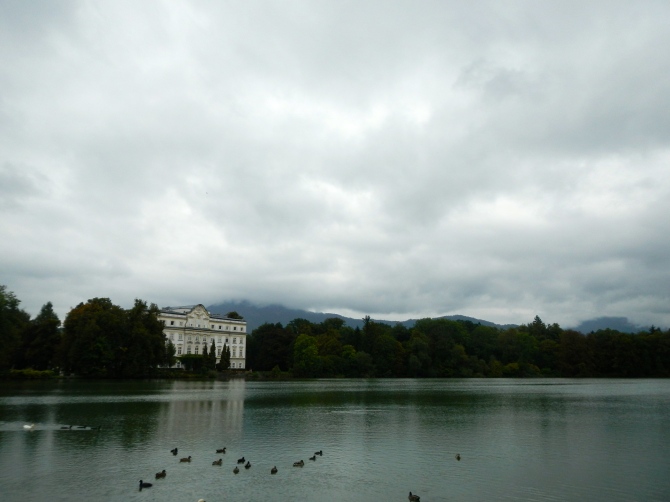 Leopoldskron Palace is privately owned and not accessible to the general public, unless you’re a registered resident of the castle accommodations.

We were in Salzburg mid-September while temperature hasn’t descended to an insane low, though dark clouds and rain weren’t merciful enough to spare us.

One of 3 scenes filmed here was of Julie Andrews and the children falling into the Leopoldskroner Weiher. I remember that so well now! 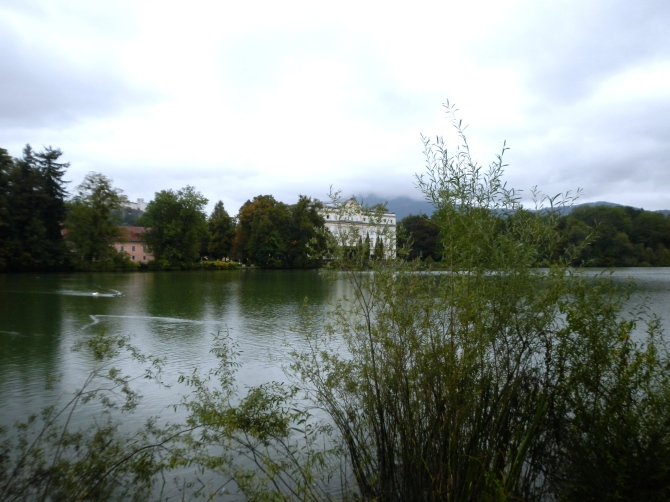 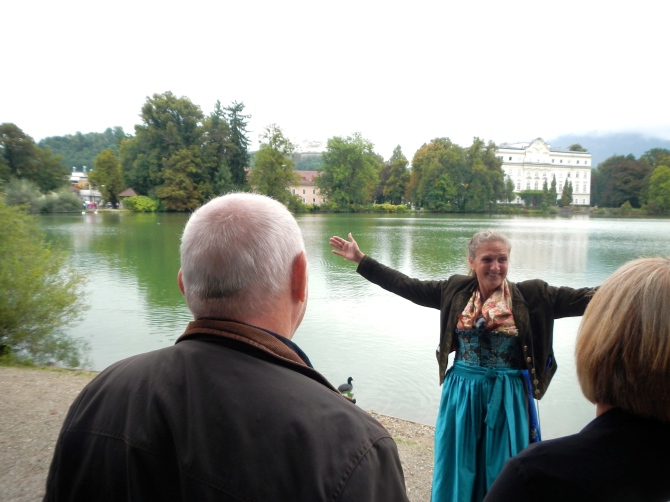 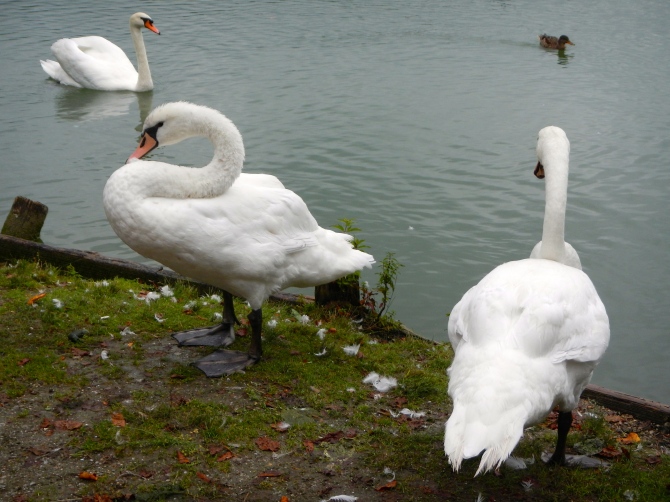 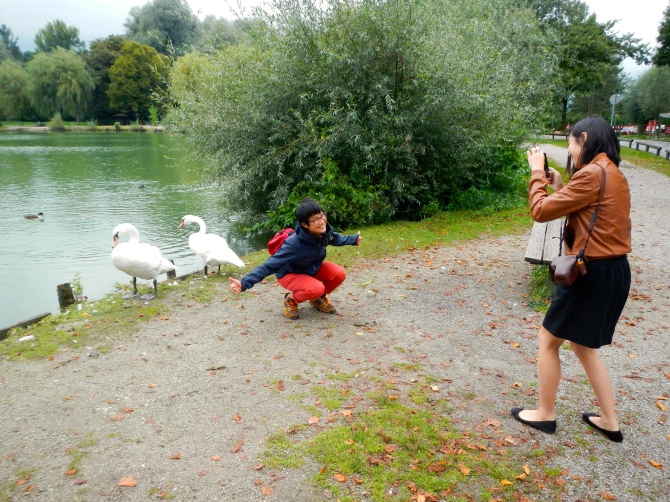 Friends who were excited at meeting swans who aren’t people-shy.