Insanely steep downhills, narrow roads and strange sudden curves were characteristic of bike paths on Sausalito. The whole wind-whipping-in-face and look-ma-no-hands! as we careened (at times uncontrollably) down the slopes into Sausalito’s town center, felt sooo good! I had my fingers curled around the brakes, all ready to slam it, but we never stopped at the downhills which were the best parts!

This statue of a Marines soldier stands at the gateway into Sausalito, just before the bike trail hits the endlessly steep highways downtown. If you see him, you’re on the right way!

Sausalito took my breath away, not just from the sheer exertion of biking!! This San Francisco Bay Area city in California stands at an elevation of 13 feet. With a small population of slightly more than 7000, it was once was home to an indigenous settlement known as Liwanelowa before the site was invaded by the Europeans.

Basking in the afternoon sunshine! That said, the temptation of taking a dip in (the shallow end of) the ocean had to be greatly resisted. 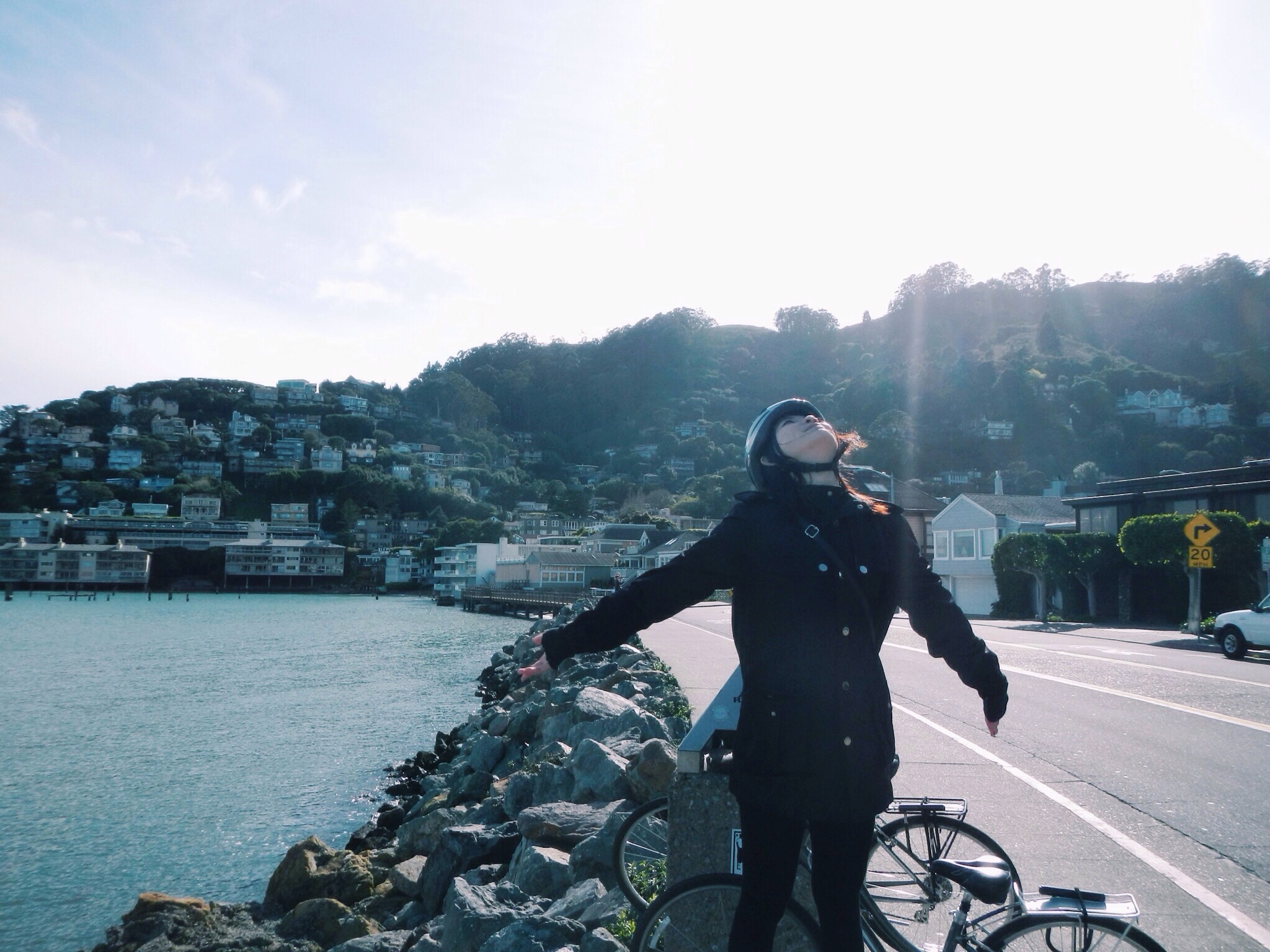 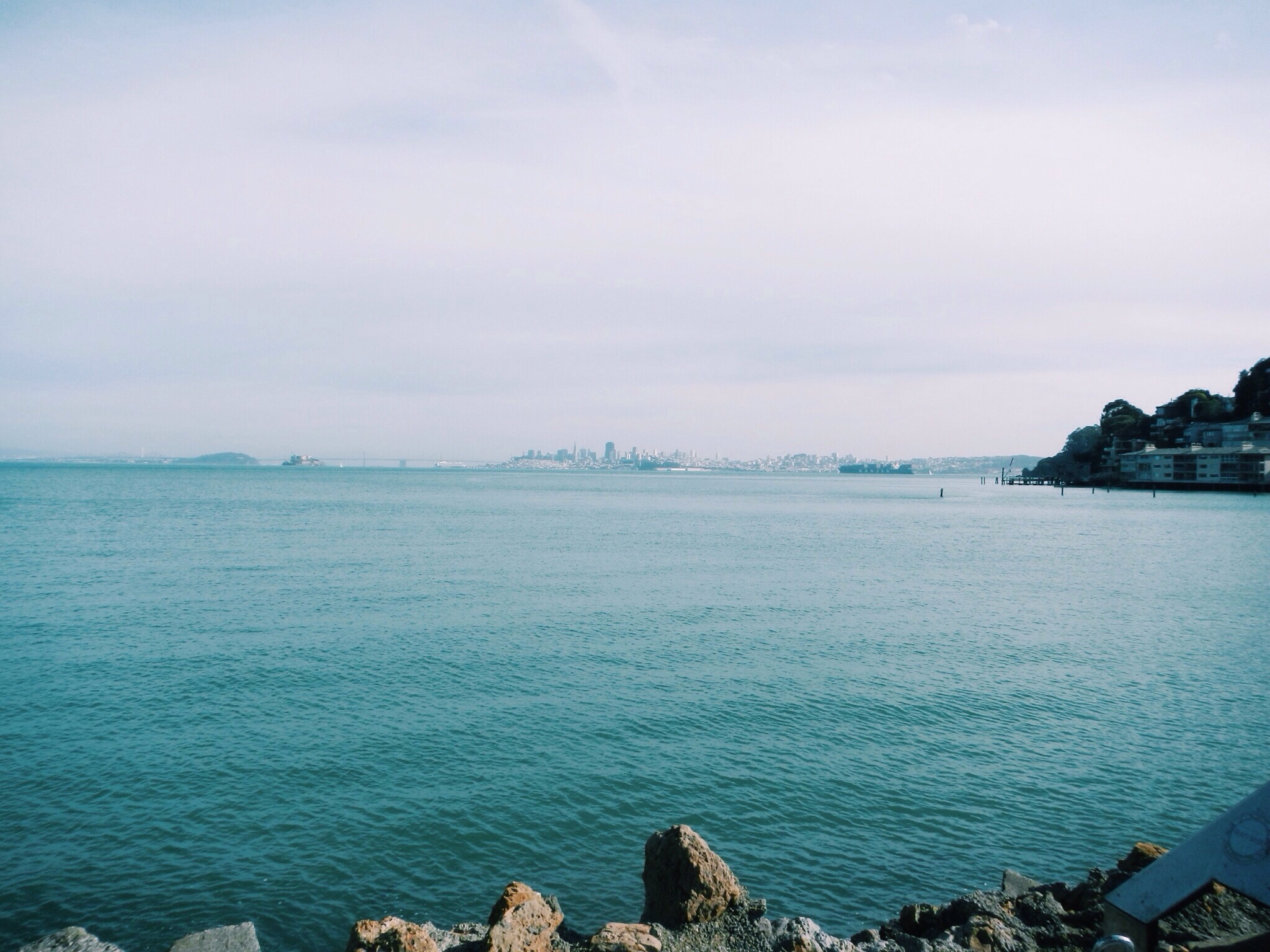 The whole town was really quiet, except for us biking stragglers who, having reached our intended destination, had our vehicles docked in the bike-parking lots as we settled down for celebratory lunch. At Sausalito, there were a couple of novelty stores and vintage souvenir houses which looked pretty amazing. 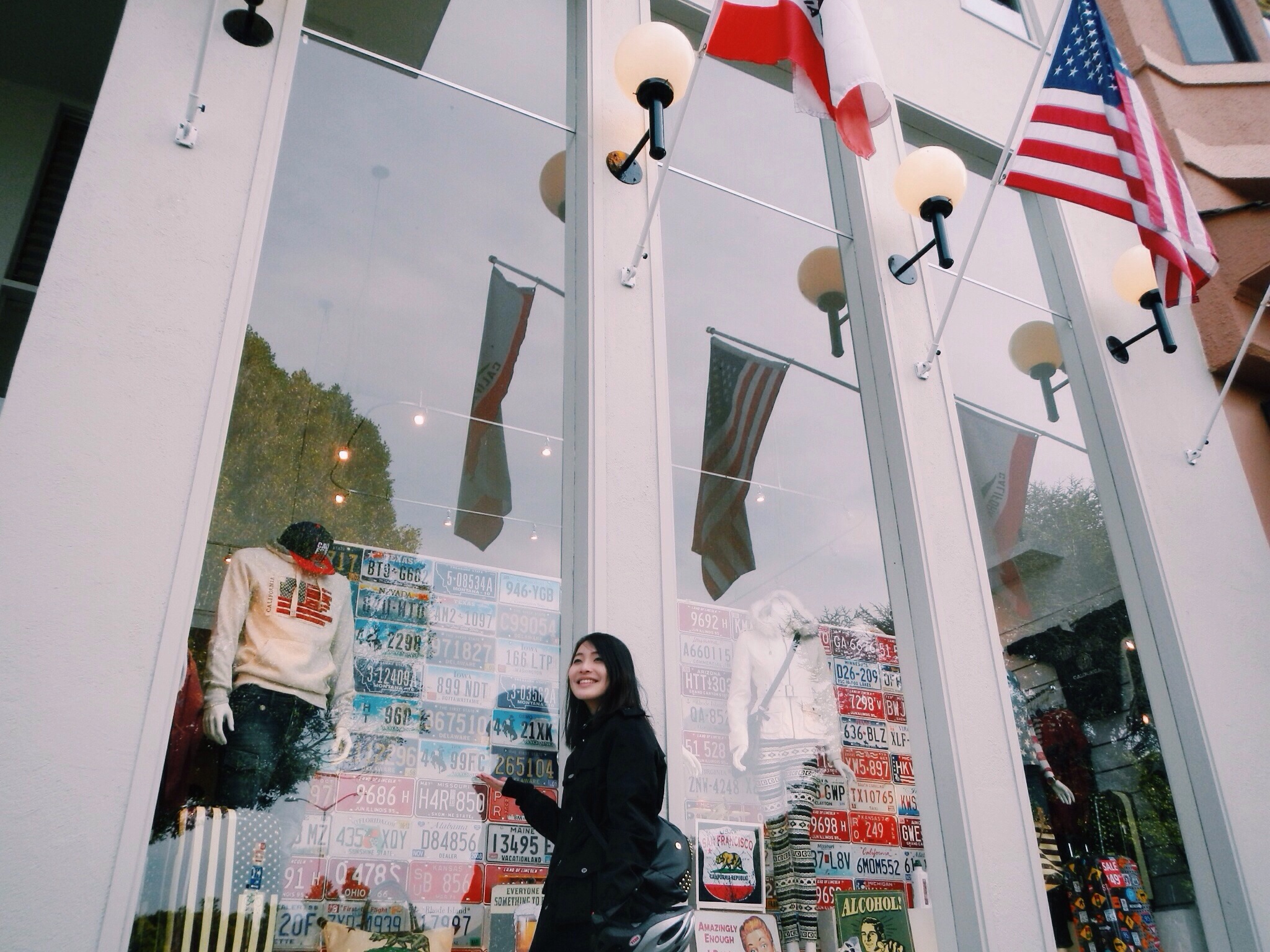 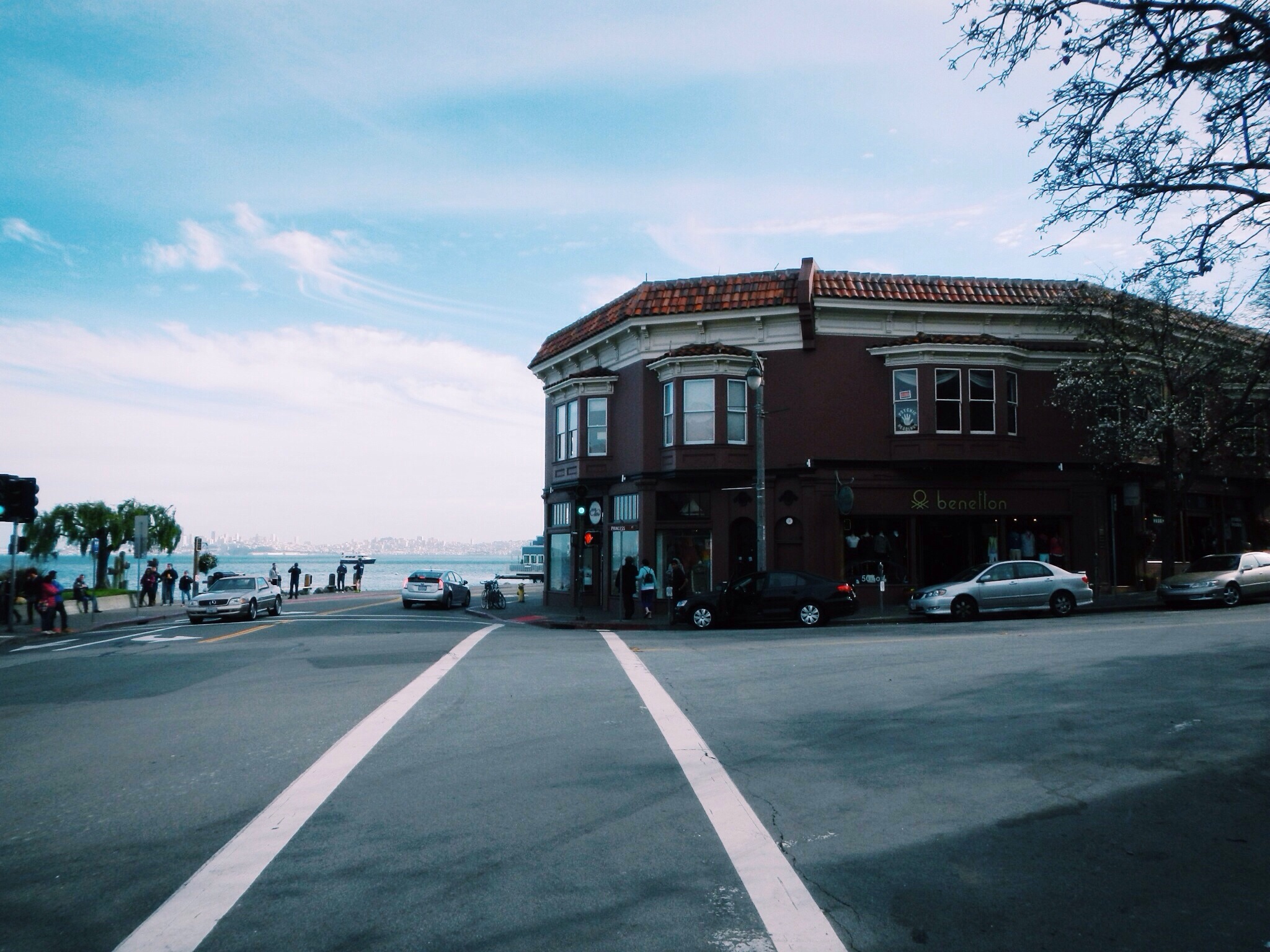 Early dinner at Le Garage Bistro Sausalito, overlooking the bay! We dined to the sounds of lapping waves and seagulls flapping above our heads. 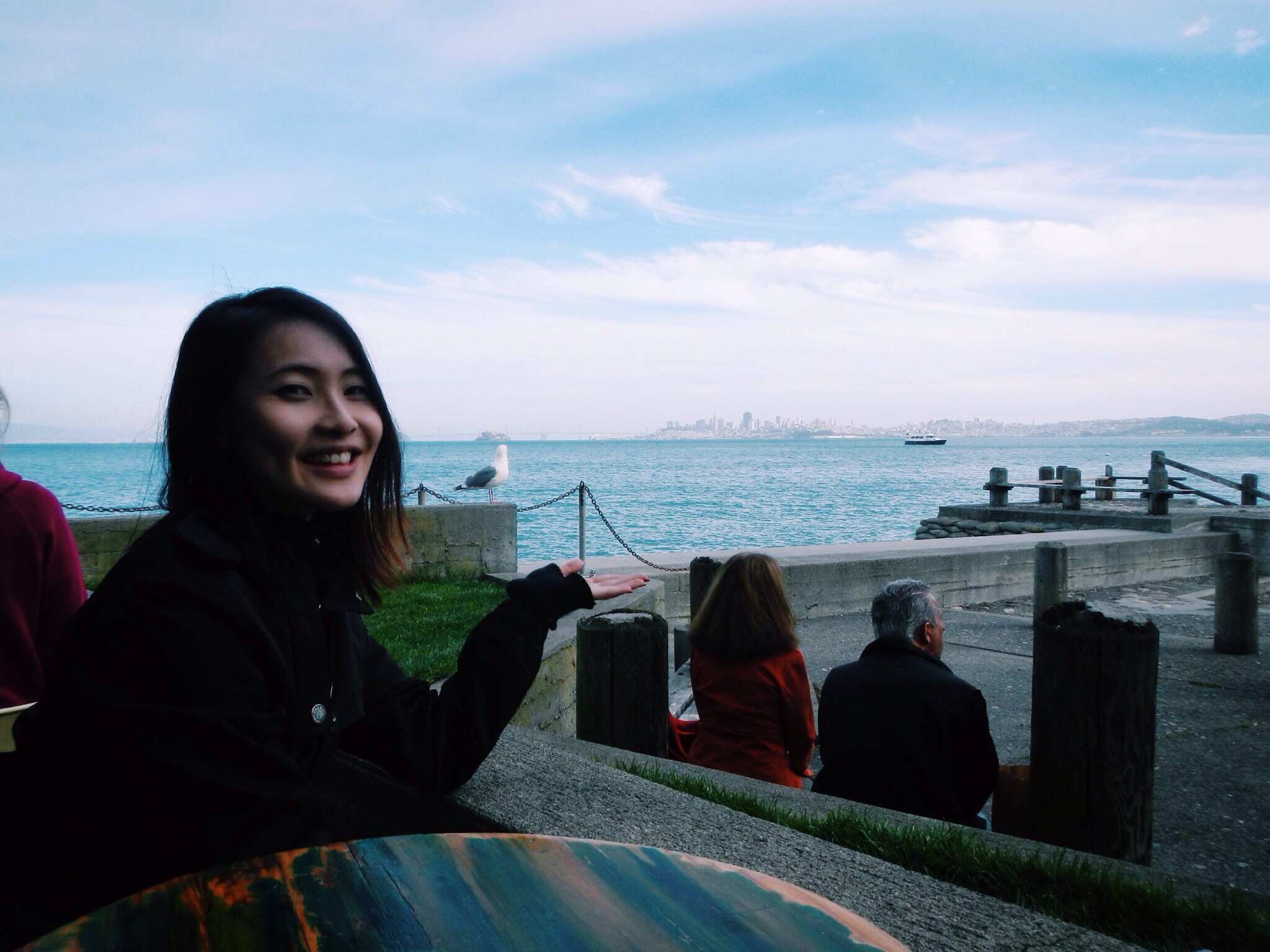 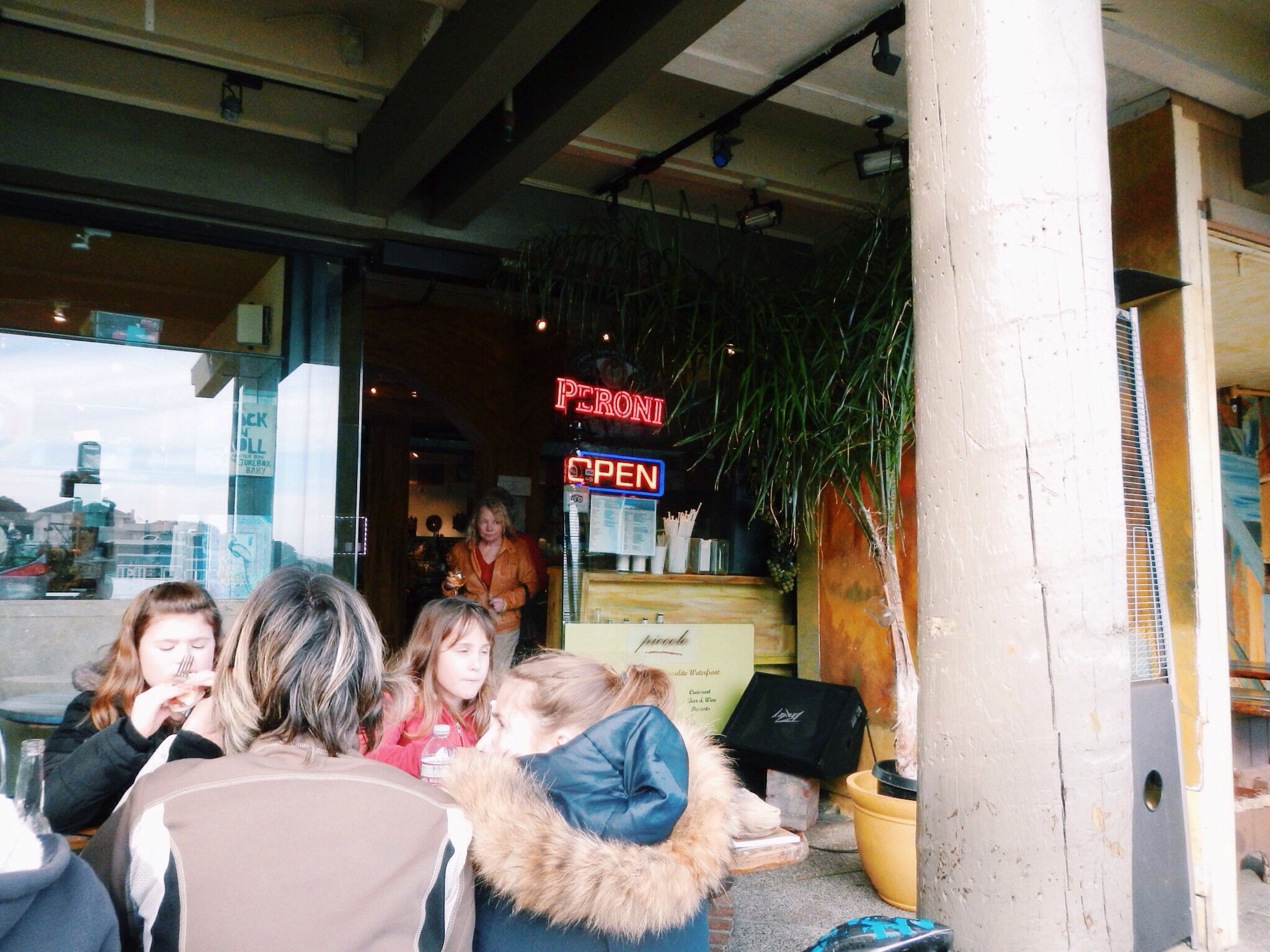 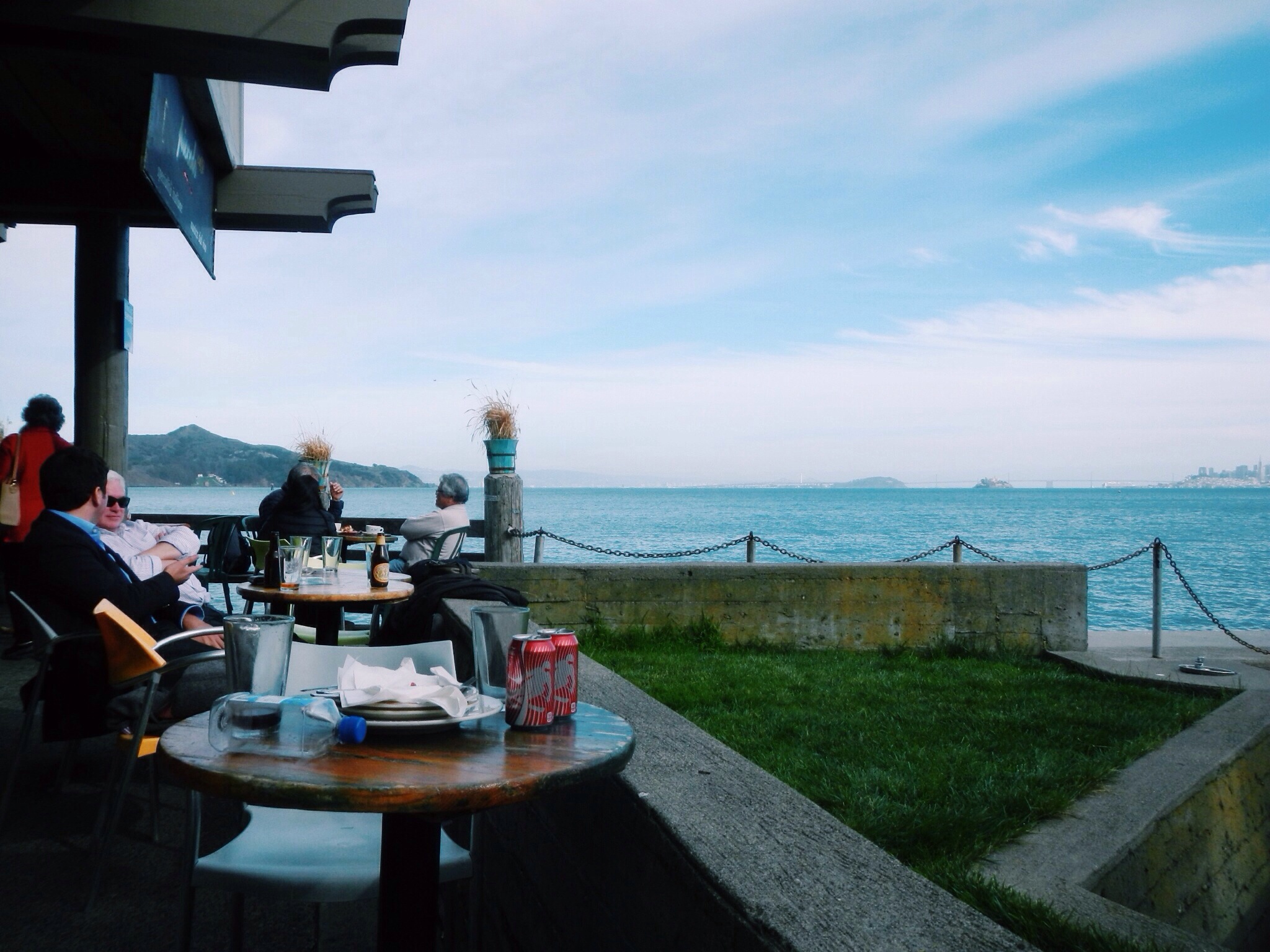 Some pasta and smoked salmon crepes, anybody? I guess cycling left me famished, I ate in record time. 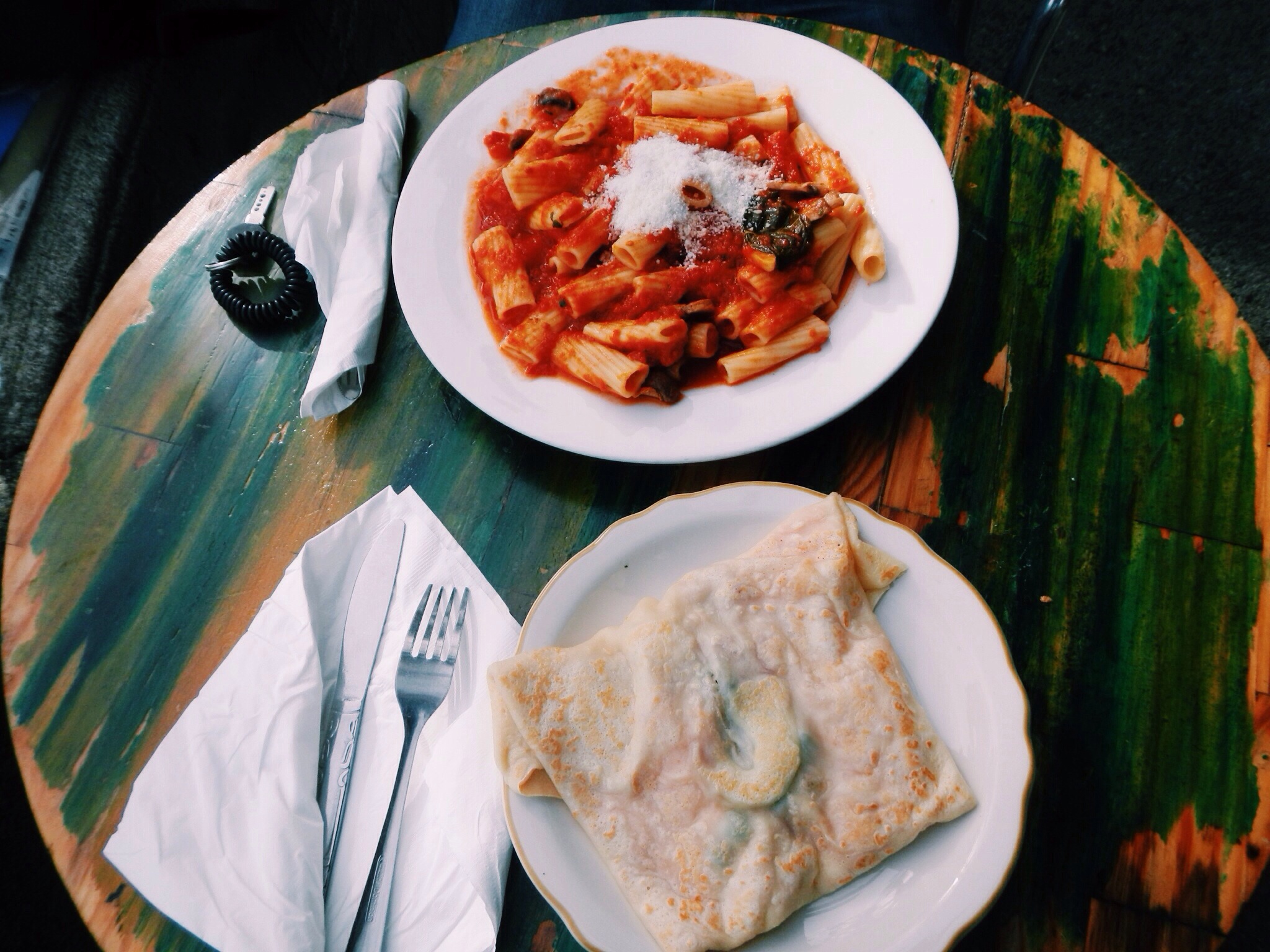 Though it’s a tiny town, Sausalito has a myriad of public attractions: the Cazneau Playground, Cloud View Park, Martin Luther King Park Langendorf Park and so many more, as well as  Schoonmaker Beach, Swede’s Beach and Tiffany Beach.

FYI Sausalito is currently home to Darren Hayes (singer-songwriter, and former lead of the awesome band Savage Garden), Amy Tan (novelist who brought us The Joy Luck Club and The Bonesetter’s Daughter), as well as Ken Pontac ( author of the sadistic internet series Happy Tree Friends).

After a really short, yet very refreshing and memorable afternoon at Sausalito, we booked a ferry ticket to take us, along with our bikes, across the bay to San Francisco. Was glad for the biking journey to be over, but sad, as that meant we were about to leave Sausalito and San Francisco behind.