March 22, 2014: DAY THREE
Bright and early, I was up and headed for Yeoinaru Subway Station. When I found Yeouido Park (a short walk away), the place was already filled with morning joggers, cycling couples and the brisk-walking elderly! 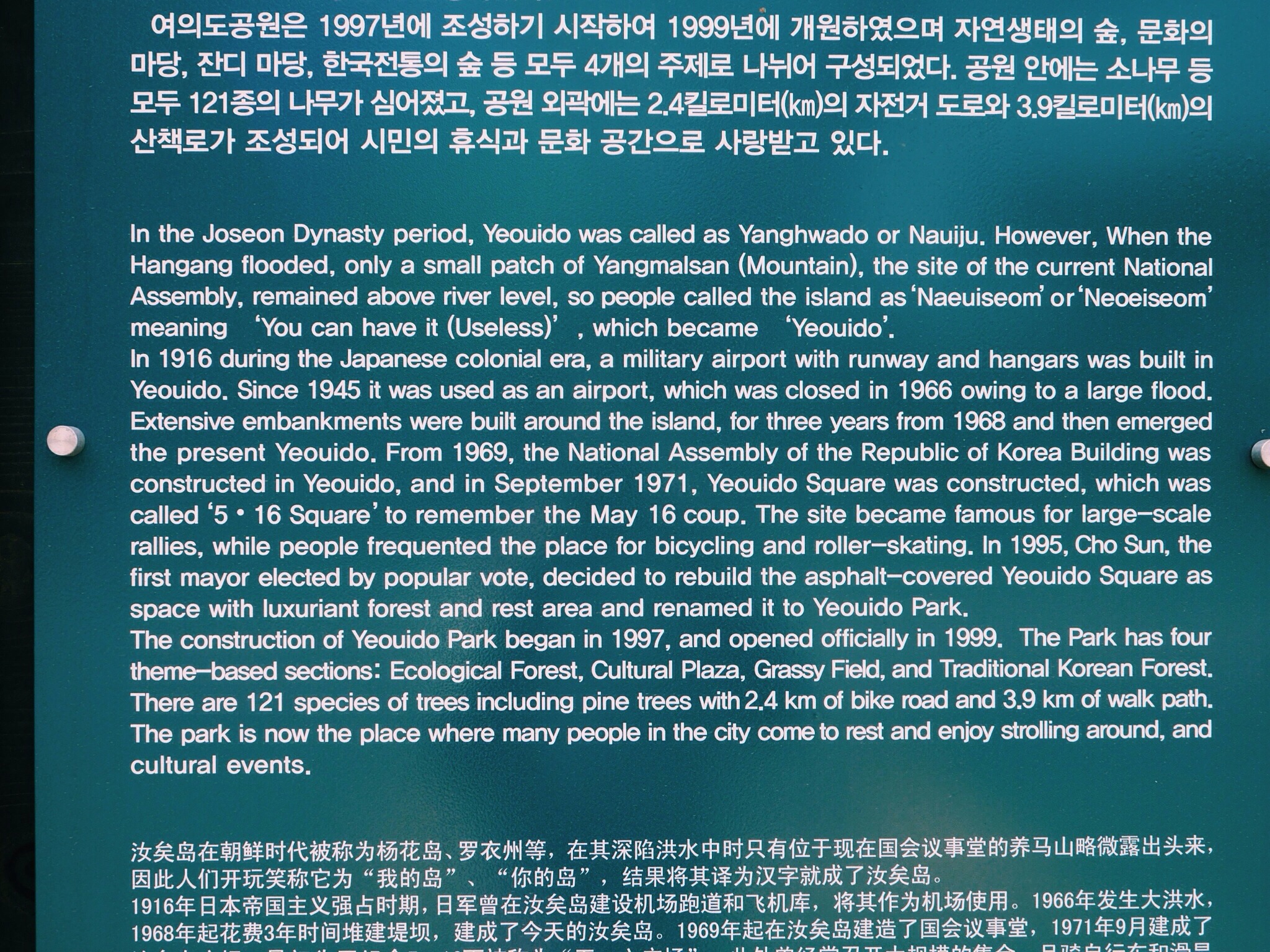 This is the Cultural Event Square, lined by zelkova trees. Loads of performances and events are held here regularly. This is also where I began my walk from the beginning of the park to the end. I made a loop around Ecosystem Forest, walk back towards Cultural Event Square, before heading in the direction of Han River. 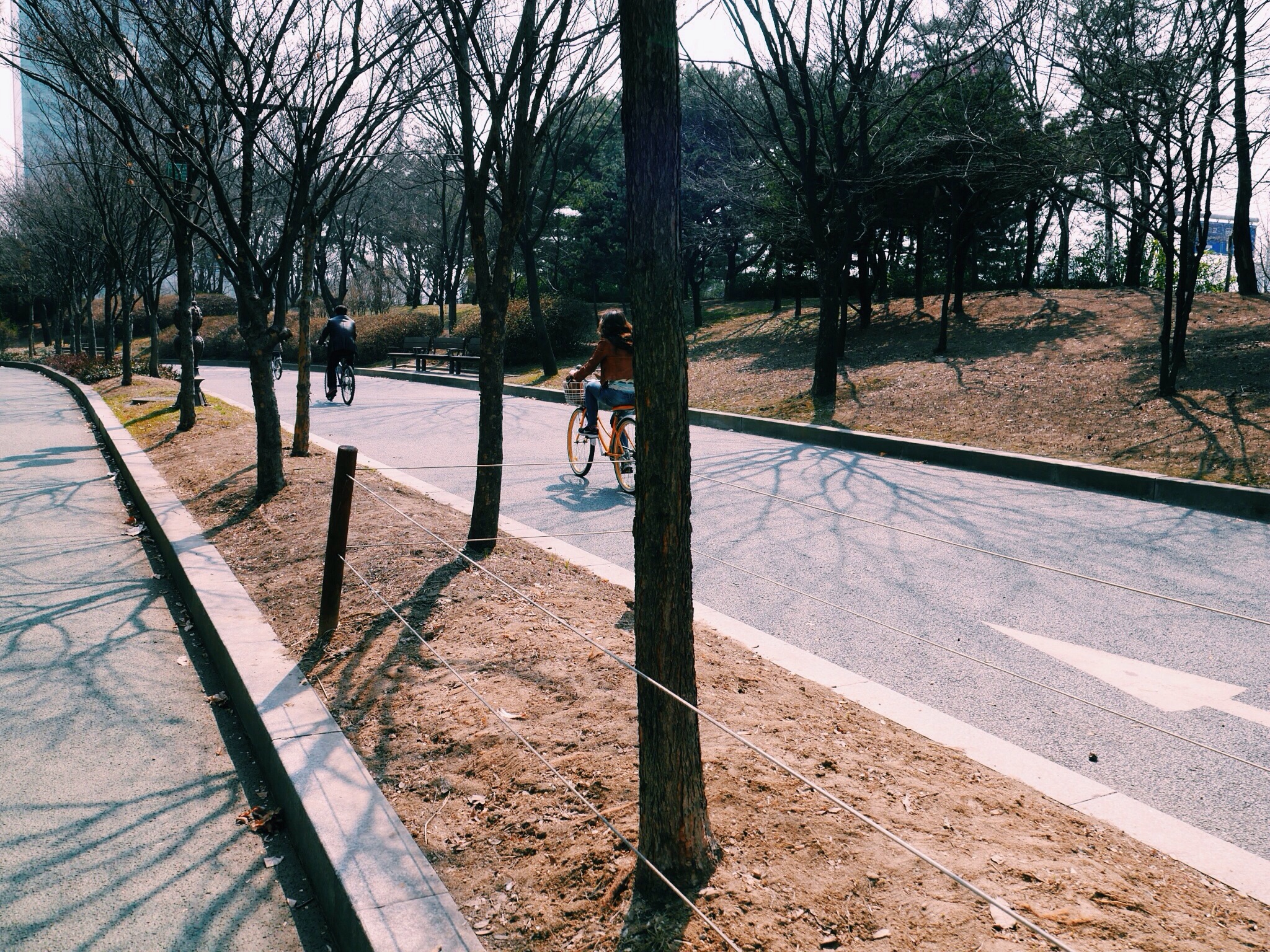 I was tempted to cycle, until I realise the bicycles had to be returned at the start of the same trail! If you’re headed for Han River, it’s not too far to just go on foot, which I did. Of course, this was not before 2 mid-morning coffee breaks at Tous Les Jours and Orange Cafe.

In April, cherry blossoms will line the streets of Yeouido. A pity I won’t be able to catch this beautiful sight! I did get to admire cherry blossoms in Jeju Island though ^^. In any way, flowers are in abundance on Yoi Island.
4 월에 여의도 벚꽃을 볼 것이다! 꽃은이 섬에 너무 아름다워~

A complete juxtaposition: traditional forests against the backdrop of sky-high concrete buildings in a metropolitan business city. Yeouido is also known as South Korea’s Wall Street. 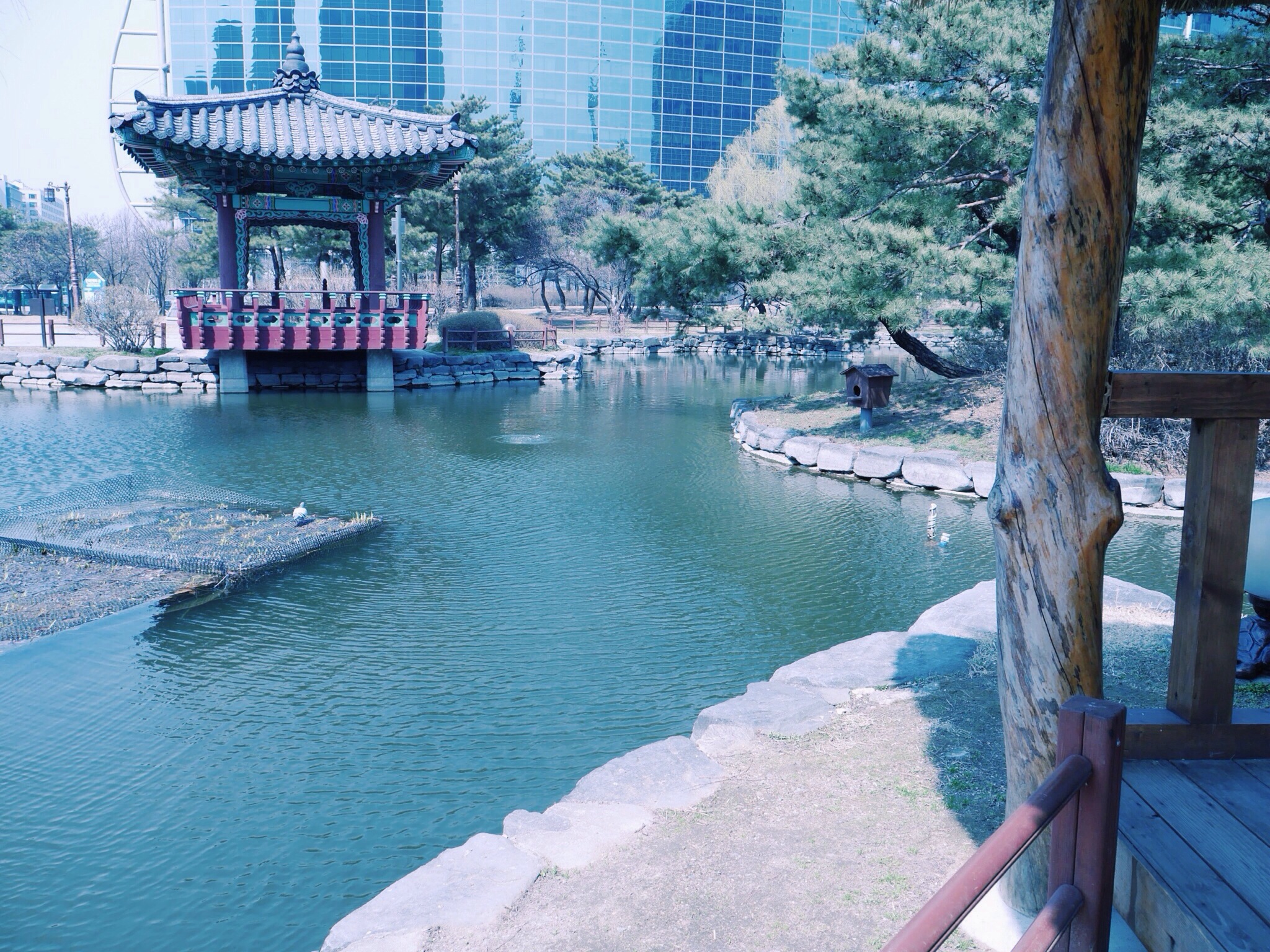 Walking up this flight of steps made me feel like a princess / prince / servant / chambermaid from Joseon Dynasty! 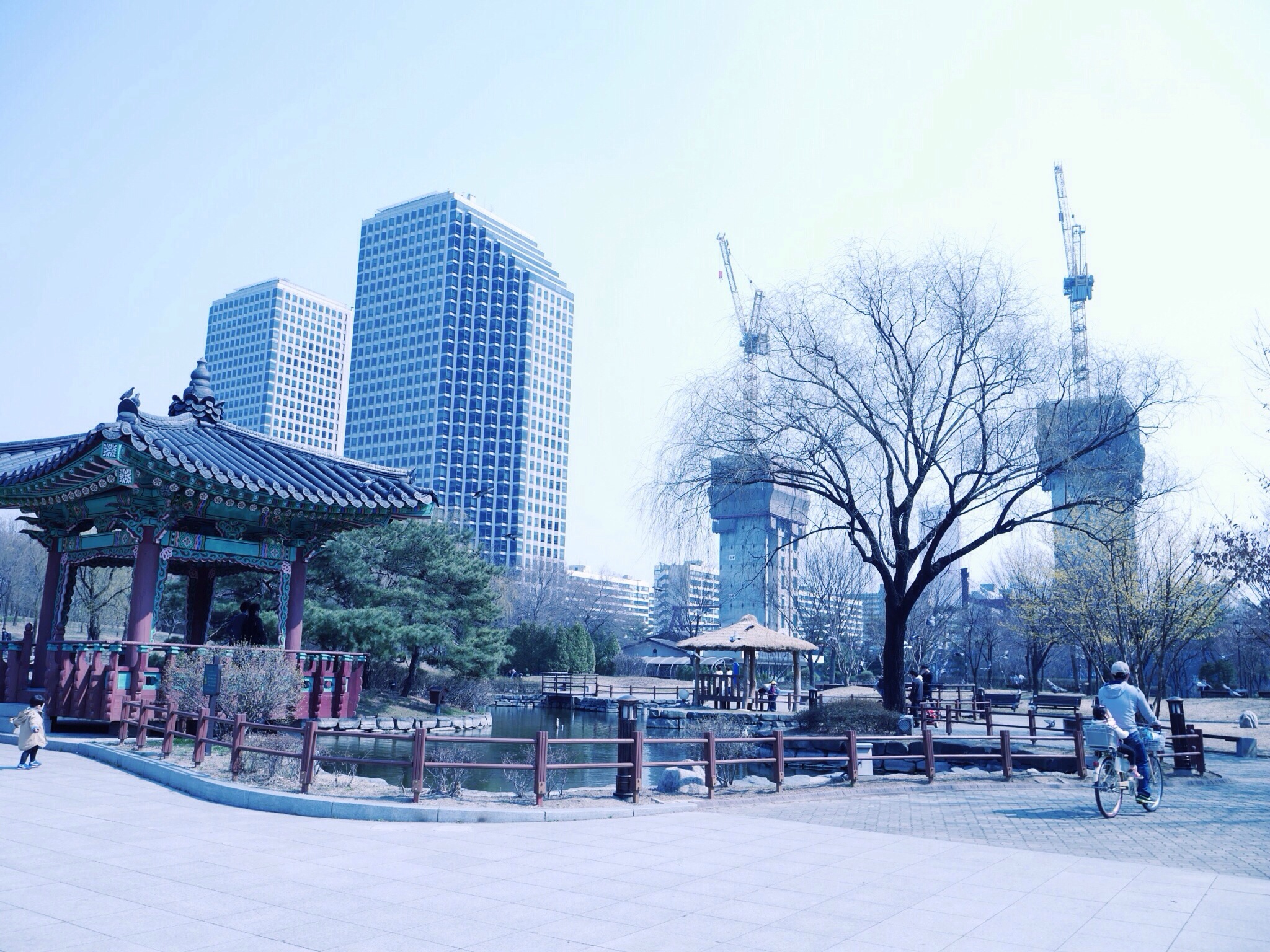 Plugged into my iPod, I’d conquered Yeouido Park in less than an hour. It’s not unusual for lone hikers/solo travellers to be walking this path alone, hence I felt completely at ease. Along the way, the scenic landscape distracted me from detecting my own exhaustion.

Perhaps of the mental clarity, with nothing in the environment I had to tune out from, a million thoughts were fighting to be heard in my head. This walk-in-the-park did me a world of good, and it just might be exactly what you need too.

I love nature so, so much.