Mission Crossing the Hannam Bridge 한남대교 Accomplished!
With this incredible view of Seoul’s Han River before me, the feeling is indescribable.

Basically, I walked from Hannamdong (Itaewon district) to the other end of Hannam Bridge, which connects to Sinsa-Dong and Gangnam-Gu.

The closer I got to the bridge’s midsection, the wind got crazy. I swear it’s entirely possible (though I’m not physically small or light) I could have been swept into the sea.

Physical evidence 1: Wind in my hair – just a little bit.

Evidence 2: Had to close my eyes. 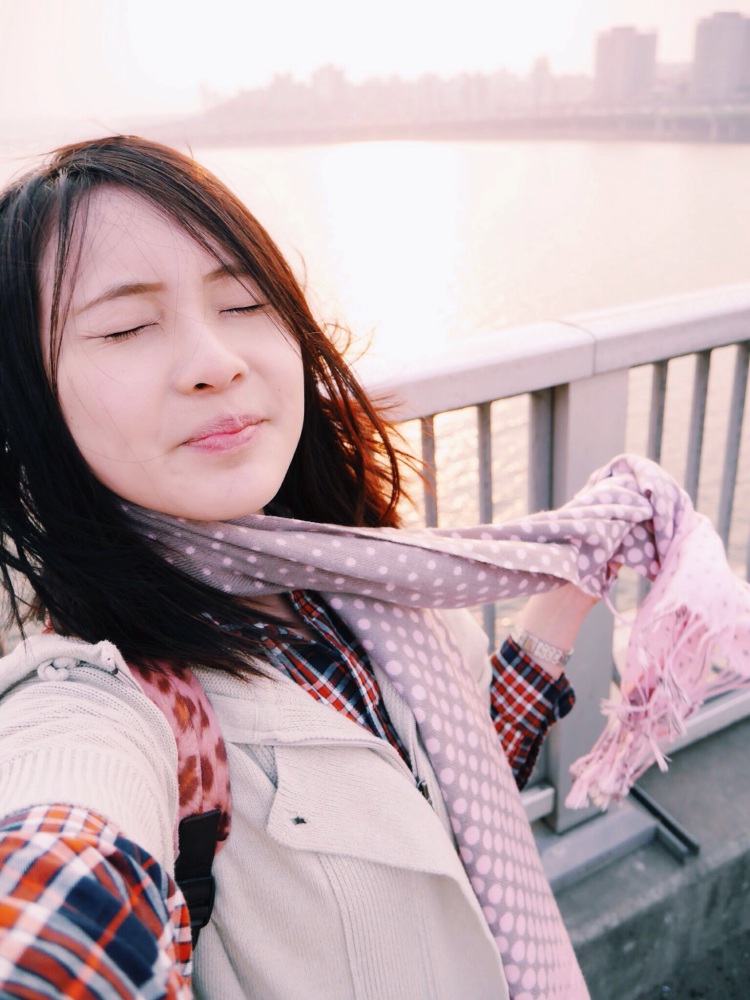 An attempt at a semi-proper smile. 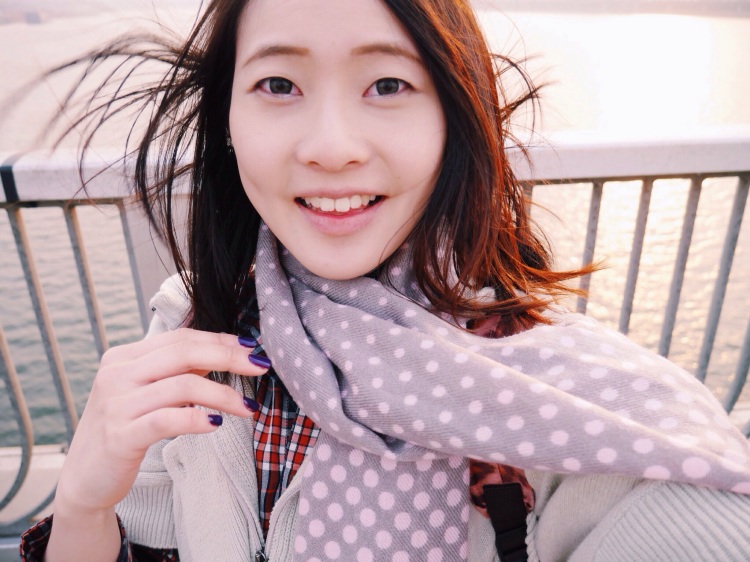 At this point, my face is beyond recognition from all that hair-whipping. Plus my scarf was threatening to strangle me from all angles.

But truth be told, the view was spectacular. 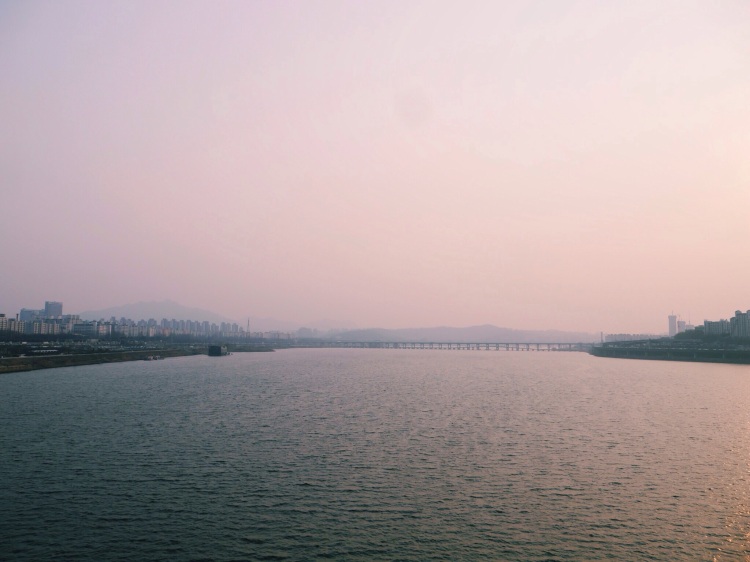 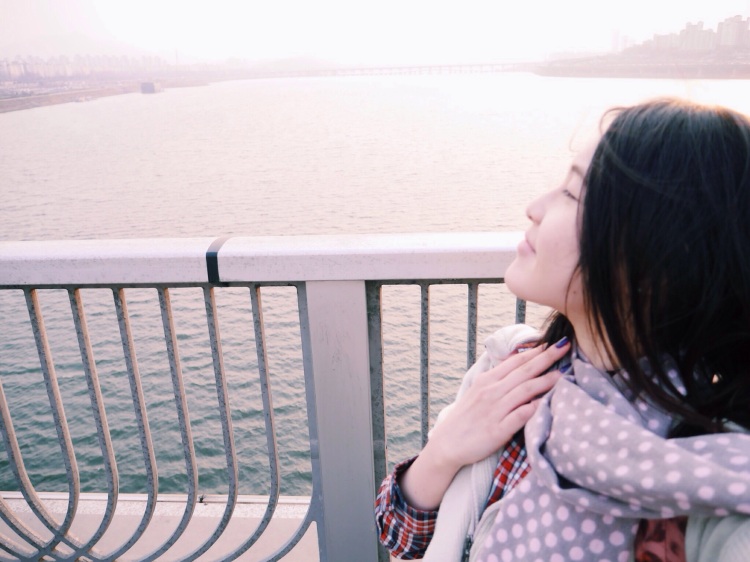 I spent close to an hour just walking across the bridge (with the rush of cars just alongside on the traffic lane). The pedestrian lane was uninhabited by anyone else besides me.

How could anyone walk past this scene and not stop to simply stare? Captivated my heart and soul.

A total of 27 bridges cross the Han River in Seoul, Gyeonggi and Incheon. This is not a joke – I really want to walk across all 27 of them! By default of travelling via Airport Railway, I’ve already cross Gimpo Bridge and Gayang Bridge, so that makes 3 already. 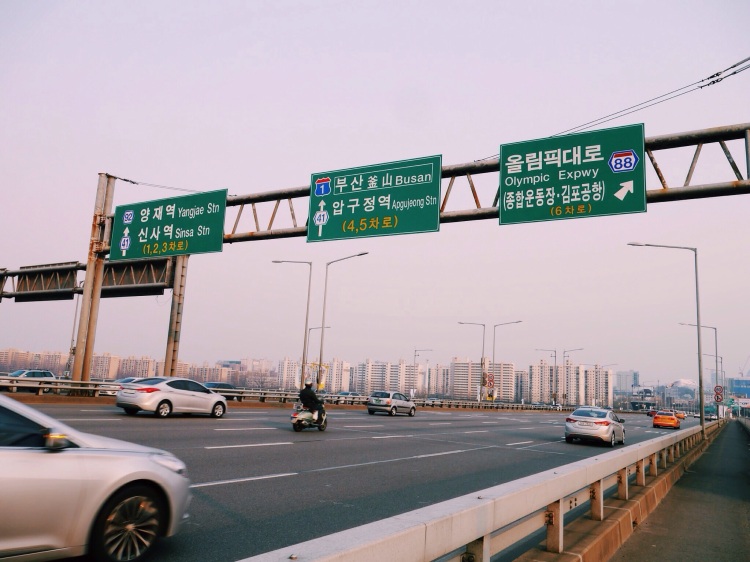