In late 19th Century, the King was many-a-times escorted through Dongnimmun Gate, thereafter to demonstrate personal reception towards visiting Chinese envoys. Dongnimmun is 独立門 in Mandarin, the gate that signifies independence and free will of a country’s people. Built in 1897, the gate served to concretize South Korea’s sovereignty. 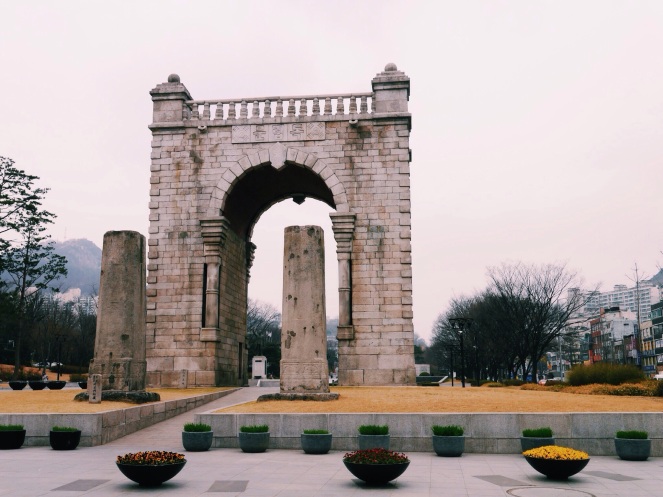 Planted aesthetically in areas surrounding the independence gate are vessels of mugunghwa – South Korea’s national flower. This place is also known as Yongeunmun, after its current location that used to be known as Yongeun. 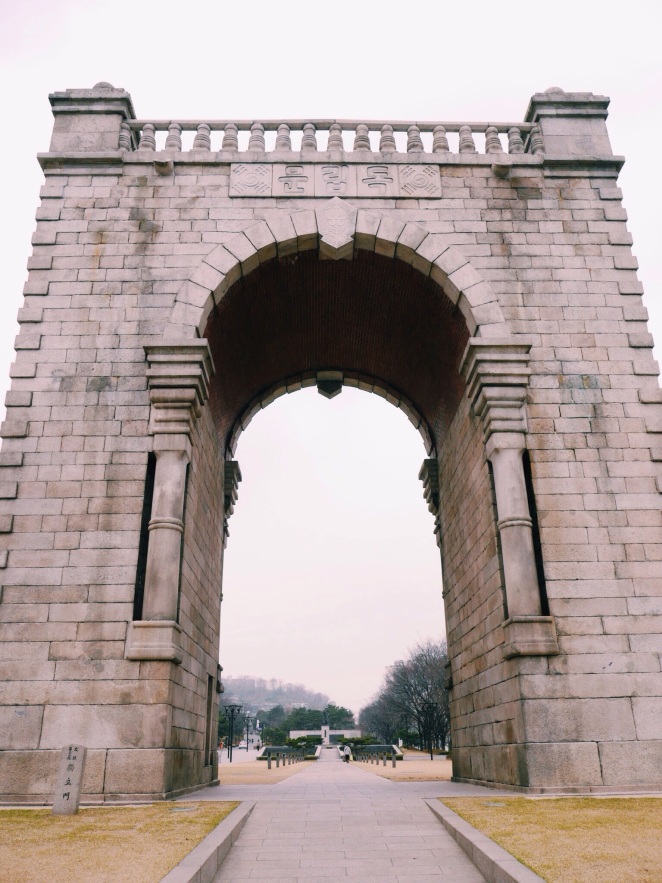 True to form, Dongnimmun was built to proclaim the nation’s sovereignty – a grand spacious courtyard is dedicated solely for the King’s long walk to greet their allies from a foreign land. Majestic, isn’t it? 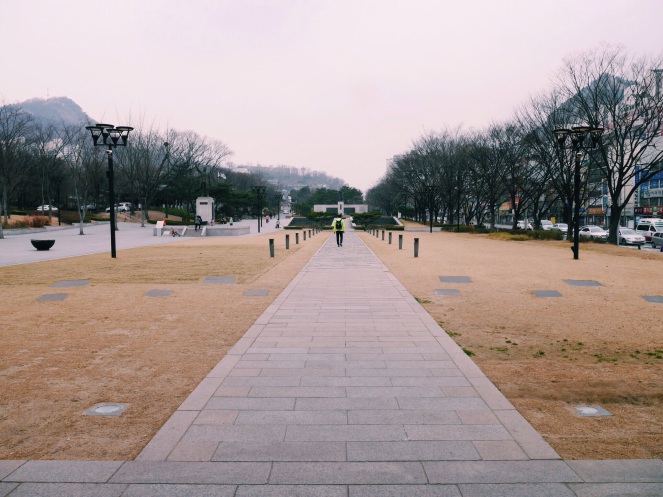 I found a sense of solemnity to the place. The Dongnimmun Gate must have been an impressive structure in the initial years, but is now dwarfed by high-rise estates and interconnected highways of the metropolitan city. Yet it remains a silent and powerful testimony to the struggles of the people’s ancestors.

Here are some other monuments and effigies at Dongnimmun courtyard: 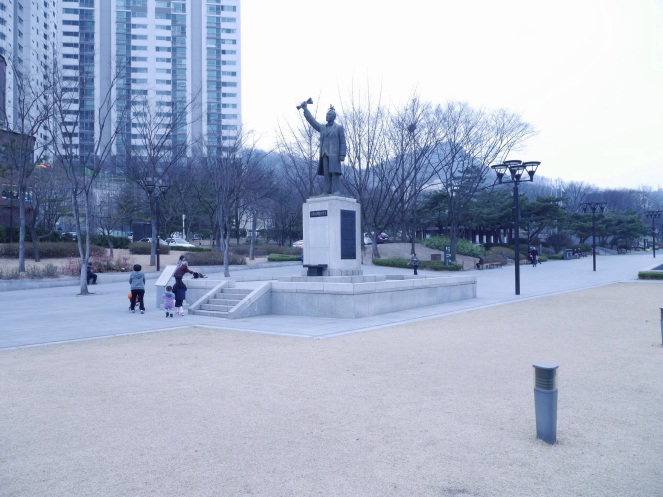 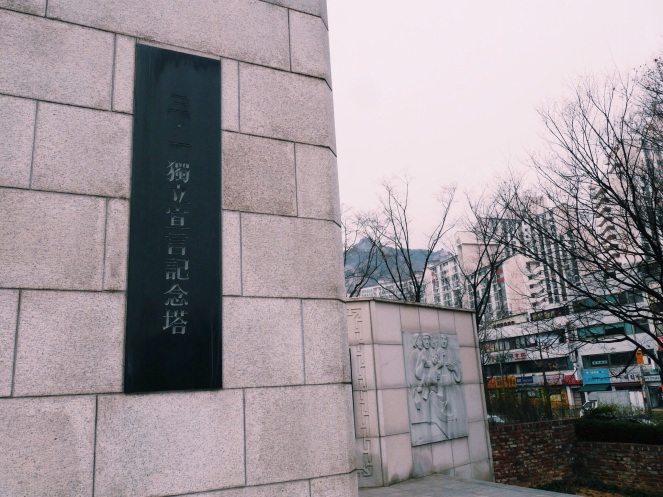 The courtyard leads to Seoul’s Former Prison, a large space now barren and left empty for visitors. Dongnimmun is afterall a solemn place, and also an important national heritage site for South Koreans.

Soaked up some Vitamin D & cleaned up some ocean waste ✌🏻
Yes to more crafty days & a good workout for our fingers 🖖🏻
Celebrating the superwomen in our lives, to whom no amount of thank yous will ever be enough for what they've done🌹. Raising a toast to all the mummies out there!
I #choosetochallenge to empower myself with the knowledge of my genetic predispositions.
不忘初心，方得始终
祝 事业红得溜圆，爱情花好月圆，一生春色满圆，一世幸福美圆 💰 大家 继续发！＃元宵 #huatah