Seodaemun Prison History Hall: a former prison since 1908 that housed anti-colonial activists during the Colonial period. After colonial era ended in 1945, South Korean government housed prisoners at Seodaemun until 1987 when it was replaced by a facility in Uiwang City, Gyeonggi Province. 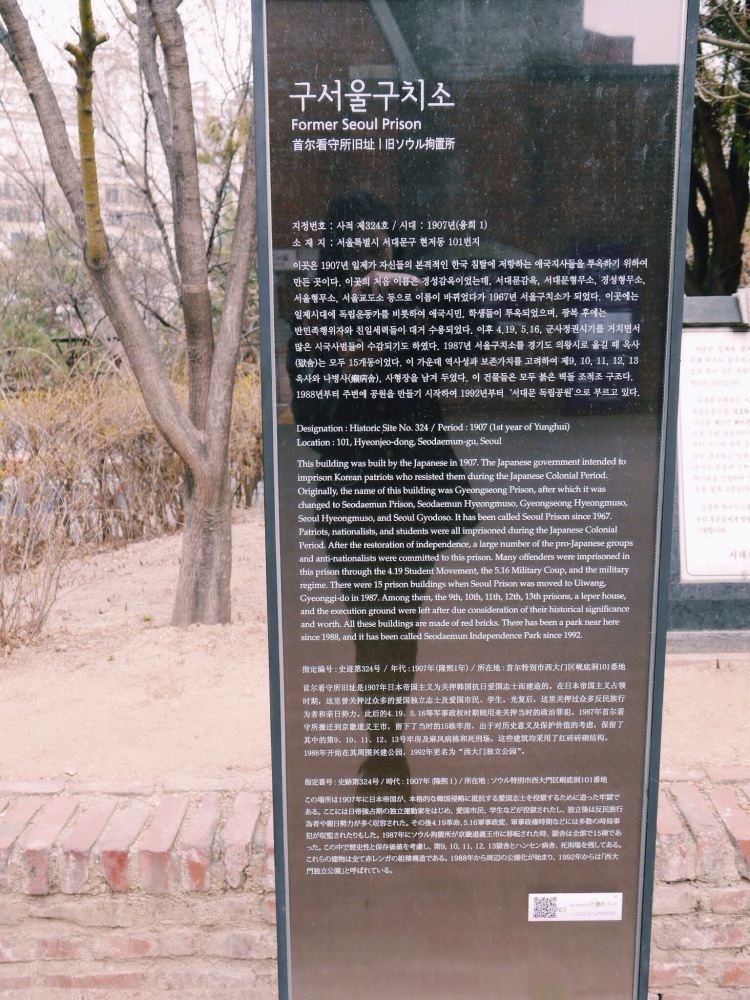 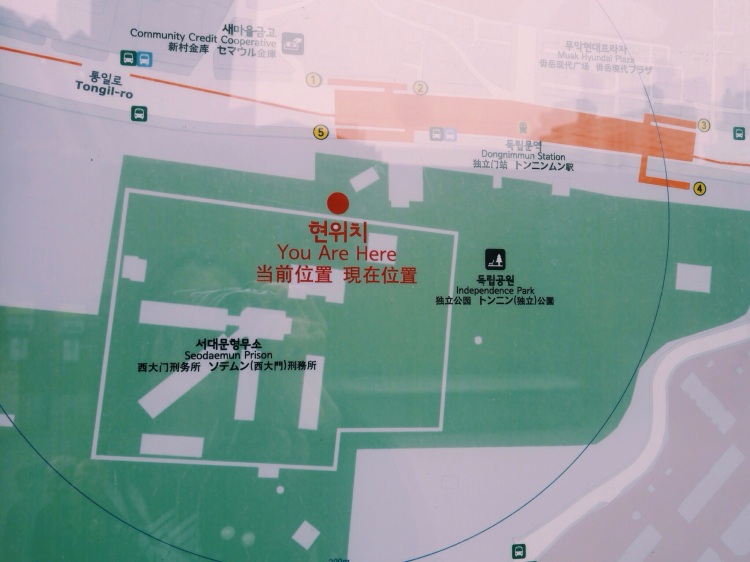 The main hall has three floors of exhibitions. Here, you can view lifelike re-creations of torture scenes in the nightmarish interrogation cells in the basement. This kinda resembled the Dachau Concentration Camp I went to in Munich, on a smaller scale but no less gruesome. Though it was built to house 500 prisoners, up to 3500 were packed within its premises during the peak of anti-Japanese protests in 1919.

Visiting places like this always gives me the chills, especially so since I was alone!! Educational value aside, these seem to be yet more depressing reasons to doubt humanity. Which doesn’t seem to have learnt any lessons that has struck us all in our faces during the past century. Seodaemun Prison was one such place where such brutal history seems too distant yet simultaneously real.

On a less depressing note, I’m so much more well-rested these days! Probably since none of my friends are in town, and I’ve pretty much been resting at home and in hotels. Have also been reading up on places to go in Gyeonggi Province and Busan! If anyone has recommendations, please let me know ^^
Have a good week ahead everybody!!