“But Paris was a very old city and we were young and nothing was simple there,
not even poverty, nor sudden money,
nor the moonlight, nor right and wrong
nor the breathing of someone who lay beside you in the moonlight.”
― Ernest Hemingway, A Moveable Feast: The Restored Edition

So we found two very different bridges padded with lovelocks of all shapes and sizes – symbols of timeless promises and devotion to one’s significant other-halves. The first one, Vedettes du Pont Neuf, was tucked away in a corner along La Seine (so if you walked down Notre-Dame to the Louvre you’ll see it on your right-hand side). Unlike the more popular lovelock bridge at Pont des Arts, this one hasn’t collapsed. 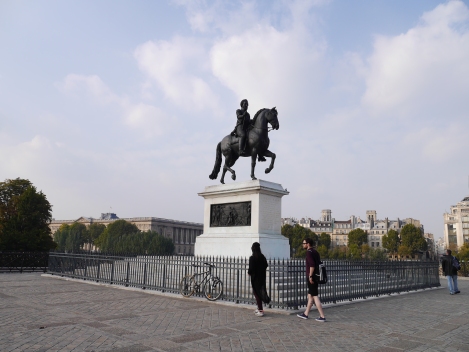 Who could resist not taking selfies in Paris? Couples wishing to locate a spot for their locks will find a better chance at this place, and the view of La Seine is equally if not more breathtaking (sans the human congestion and men touting tourists to pay for souvenirs or a well-taken photograph).

Oh what a face only a célibataire on a bridge of love would make. 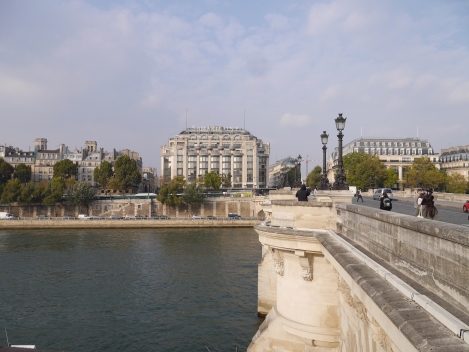 Onwards to the legitimate lovelock bridge – the Pont des Arts overlooking Pont Neuf at the Louvre Museum! The sheer number of locks amazed me, it’s really no wonder parts of the bridge have collapsed from the weight. Each day hundreds of new locks are added to the walls along the bridge, and seldom have any been unlocked or removed until the recent collapse. Many locks date back to the ’90s! Lovelock bridges are always a sight to behold – the greater significance of the locks far outweighs its physical presence on the bridge. So much hope for the future goes into each, of which the keys are deliberately lost. There’s no question why Pont des Arts remains an important icon in the City of Love.