Stepping out from London Underground is like entering a different realm, and it did feel that way to me, exiting Oxford Circus Station. Topshop, Selfridges, Marks & Spencer, John Lewis, HMV, Debenhams have their flagship stores on this street. 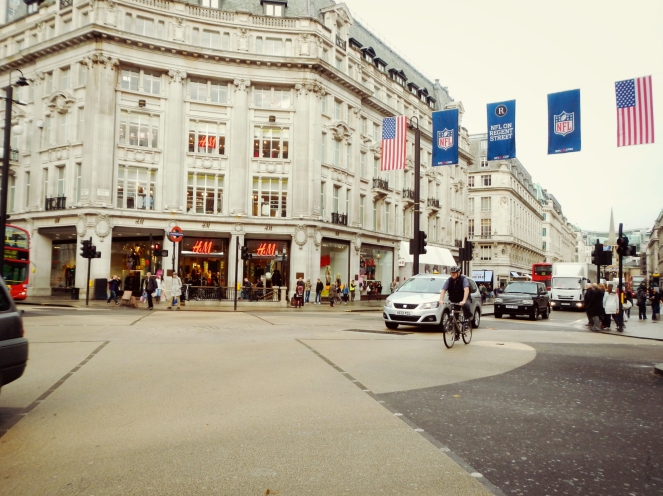 Each year, Oxford Street is decorated with festive lights. Each Christmas, a celebrity turns on the lights in late-November and these remain lit until the twelfth night (Emma Watson did 2004, and last year it was Robbie Williams). 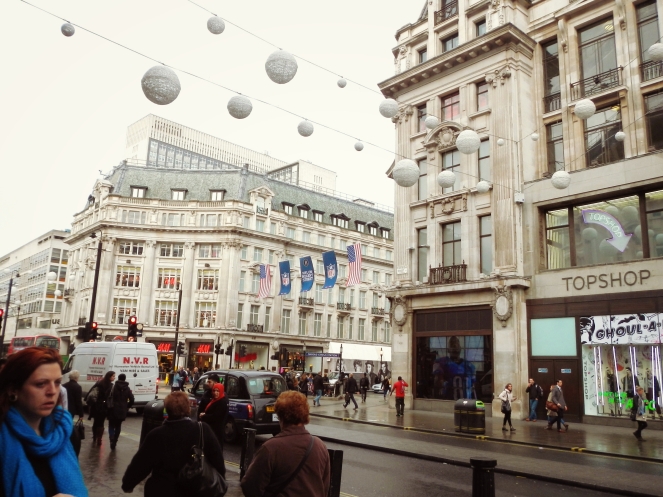 This year, Jessie J flipped the switch, with James Arthur and Conor Maynard! Inspired by falling snowflakes (well it did feel all White Christmassy without the snow!), the lights feature three quarters of a million LED bulbs. That’s beautiful, but insane!