Friends, I can finally say that I’ve been to Hong Kong. Cannot believe that for the past 4 – 5 times I’ve been here for work / holiday, I’ve never made it up to the highest mountain (1,811 ft) on Hong Kong island!!

It was close to 9 p.m. when we dropped Samantha back at our hotel at Causeway Bay. The tram took us to Central Station, and we walked for 10 minutes to the Peak Tram Lower Terminus. Tickets to the peak were pretty affordable (75HKD) and we were pretty surprised at despite how late it was in the night  the tram was still operating! 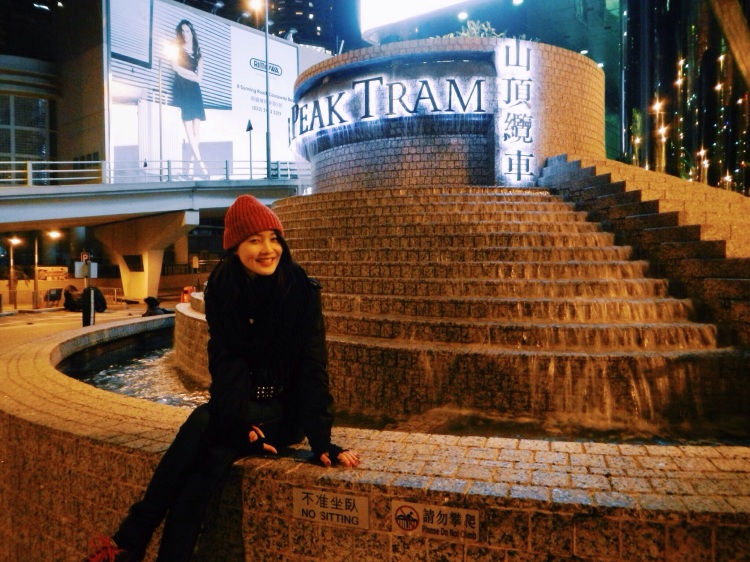 On the way up: the tram actually tilts way more than 45 degrees sky-wards, I wonder how it has never in the history of its operations backflipped towards the foot of the mountains.

Right, to backtrack to the process of getting tickets: there was still a queue at 9pm so you can just imagine how popular this destination is to tourists and locals alike. They say you should mount the peak with your lover at least once in your life, if you’ve got the chance to.

After getting tickets, it’s a short walk through the museum which takes you through the history of the tram’s operations. Similar to the one at the peak of the mountain, but less wordy.

The tram ride takes a mere 10 – 15 minutes, but it’s definitely one of those moments which you’ll be stunned by shifting perspectives of Hong Kong Island and Kowloon as the carriage ferries you and another 20 odd passengers to the top.

Mandatory shot with Bruce Lee after we alighted from the tram and began the walk to the peak (yes you need to walk a bit).

And then here we are… 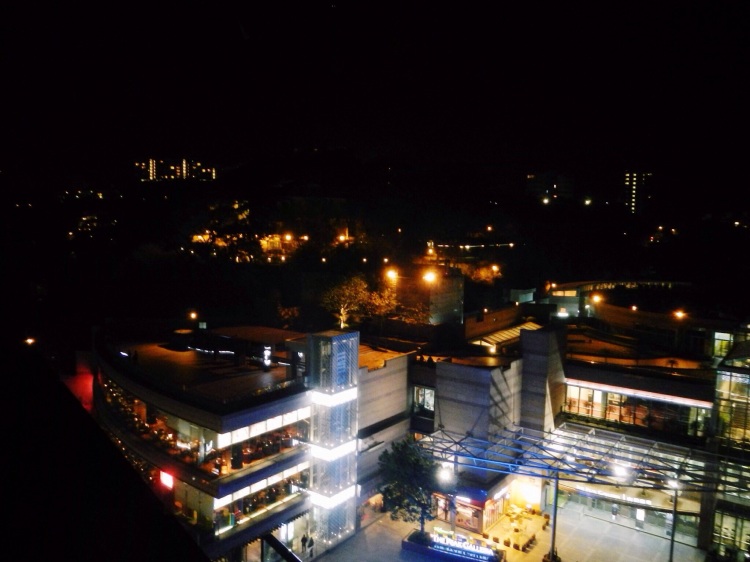 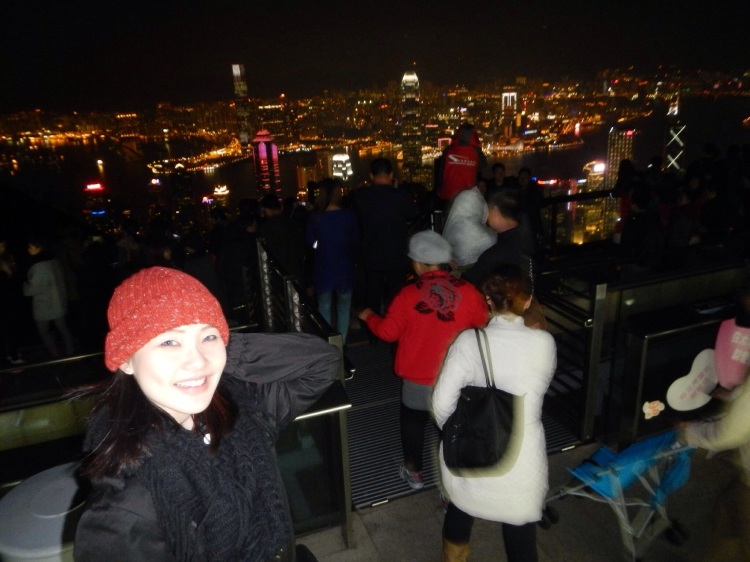 Pictures can’t produce the same effect – the view was spectacular and absolutely breathtaking. You can see the whole of Hong Kong, literally. It was soooo windy and cold, our fingers and faces were numbed. Professional photographers are stationed at the peak to take shots of you and your companions as well, but expect to be charged a high price.

Pardon how ghostly I look in the shots, camera flash does that to my pale complexion. 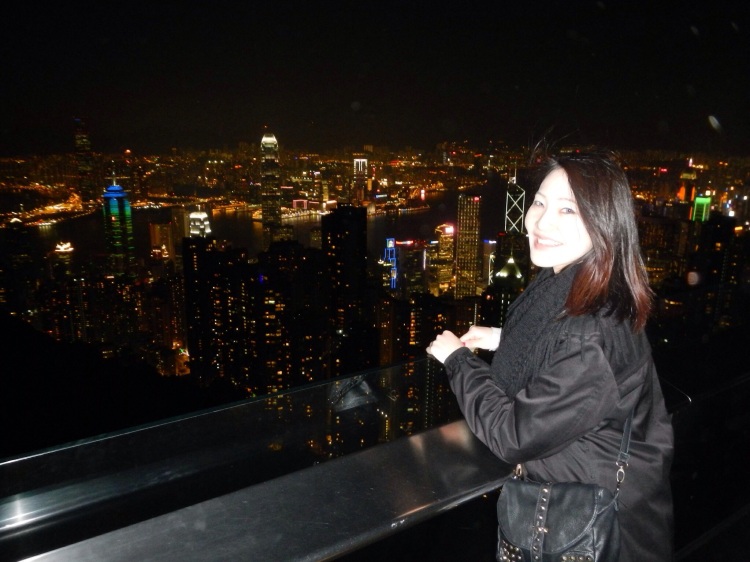 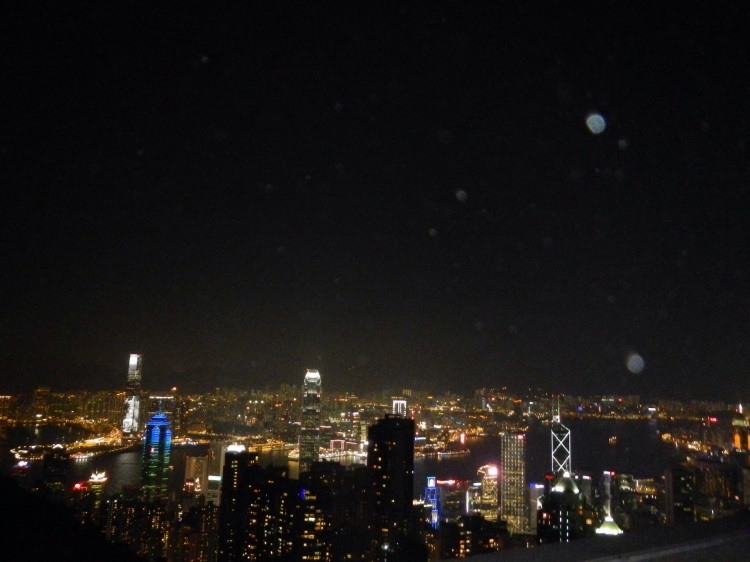 There’s a lot more to this: you can choose to dine at Bubba Gump or various other cafés and restaurants overlooking the skyline from bird’s eye view, or just walk around the spherical walkways at the peak. Madame Tussaud’s Museum is also at the peak of the mountain. There’s also a board in the open space to pen down your love notes/confessions/declarations or whatever…which is kinda cheesy but sweet if you’re into it.

This is how it feels like to have Hong Kong at your feet…such an amazing view of an amazing city!