All beer enthusiasts would have tasted the famed export from Tsingtao Brewery, whose name derived from its city of origin in Shandong Province. Unlike most Western lagers, Chinese beers tend to add rice into their fermentation process, hence lowering a certain taste of acidity in its end-products. For the sake of tasting only the freshest Tsingtao Beer, I chose this destination for a 4-day weekend venture.

Day 1 in Qingdao was a really long one. At the break of dawn, we touched down via Scoot, after a 5 hour red-eye flight from Singapore, and set out exploring immediately so as not to waste time. We managed to strike 5 key items off our bucket list on our first day, all penned below. Fatigue makes the body real weak so I had to wrap myself up in a thick coat throughout the trip, so just a reminder if you’re planning a trip to Qingdao yourself, be very prepared for the chilling evening winds (>5°C in the later months of the year!)

This Tsingtao / Qingdao series also marks my first post back on this portal (much missed!), and was sparked by a reminder of my overwhelmingly large photo-album of things I’ve been wanting to write about…so holler if you’ve missed me too 😀

To sum up our first 24hours:

Beer so fresh, it comes straight out of a bag!

Did you know: Tsingtao Brewery is China’s second largest brewery? They were started out by a group of Germans, and that the tradition of beer-in-a-bag is so strong, you won’t be able to ask for a cup or even a straw from these storefronts. So have a napkin ready, because for all 4 days we drank out of a bag, I must have spilt 2 pints at least. 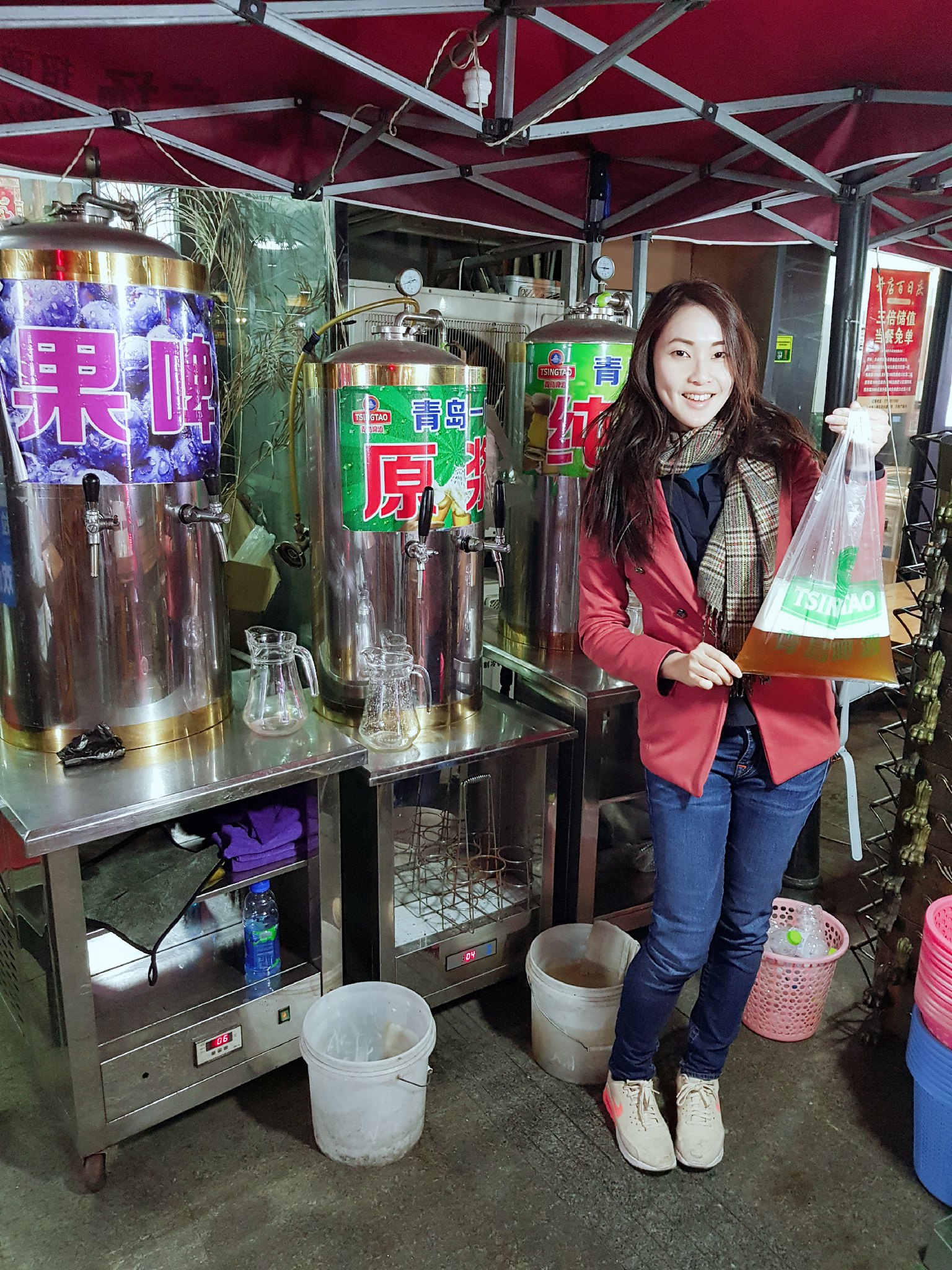 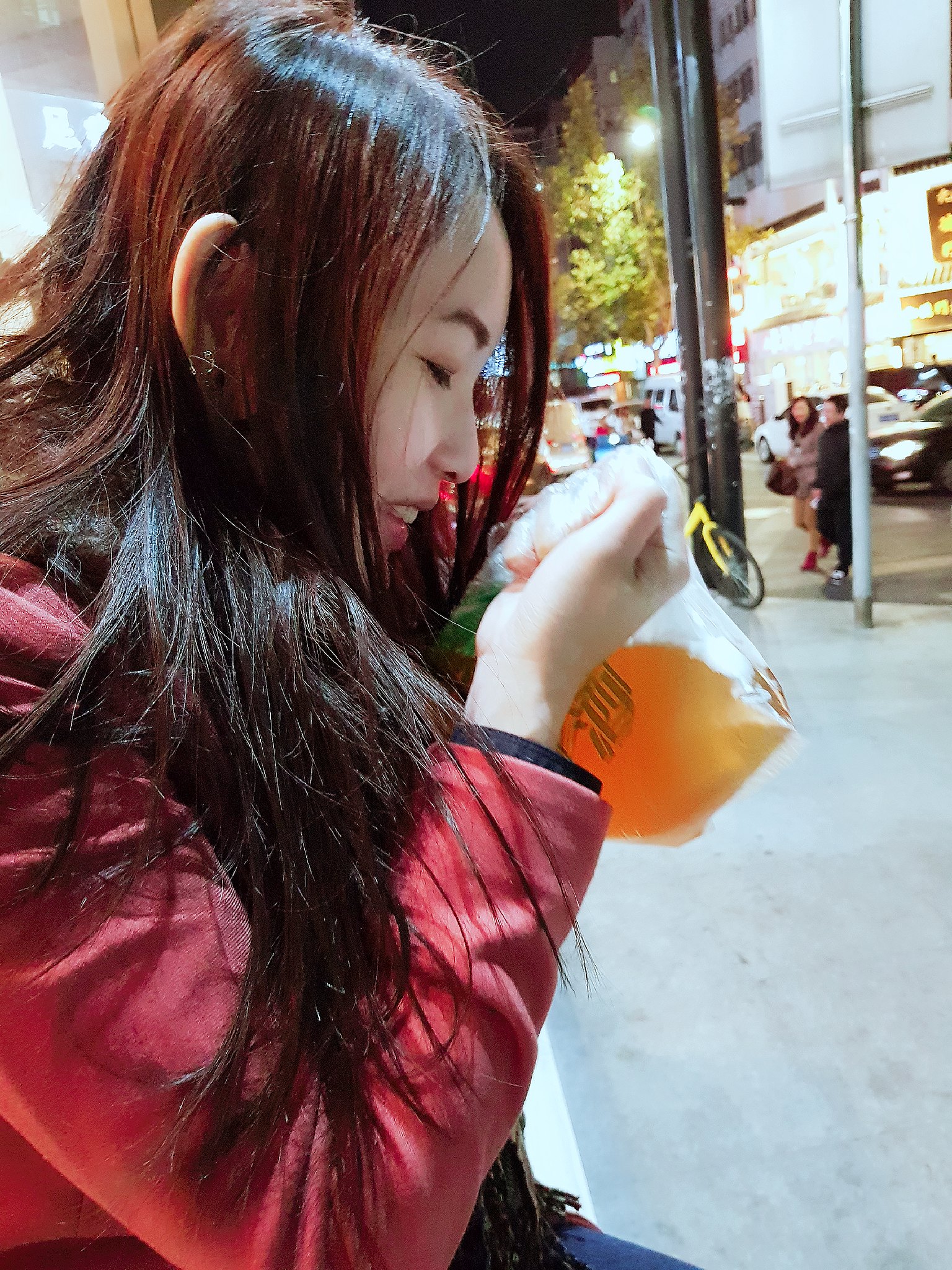 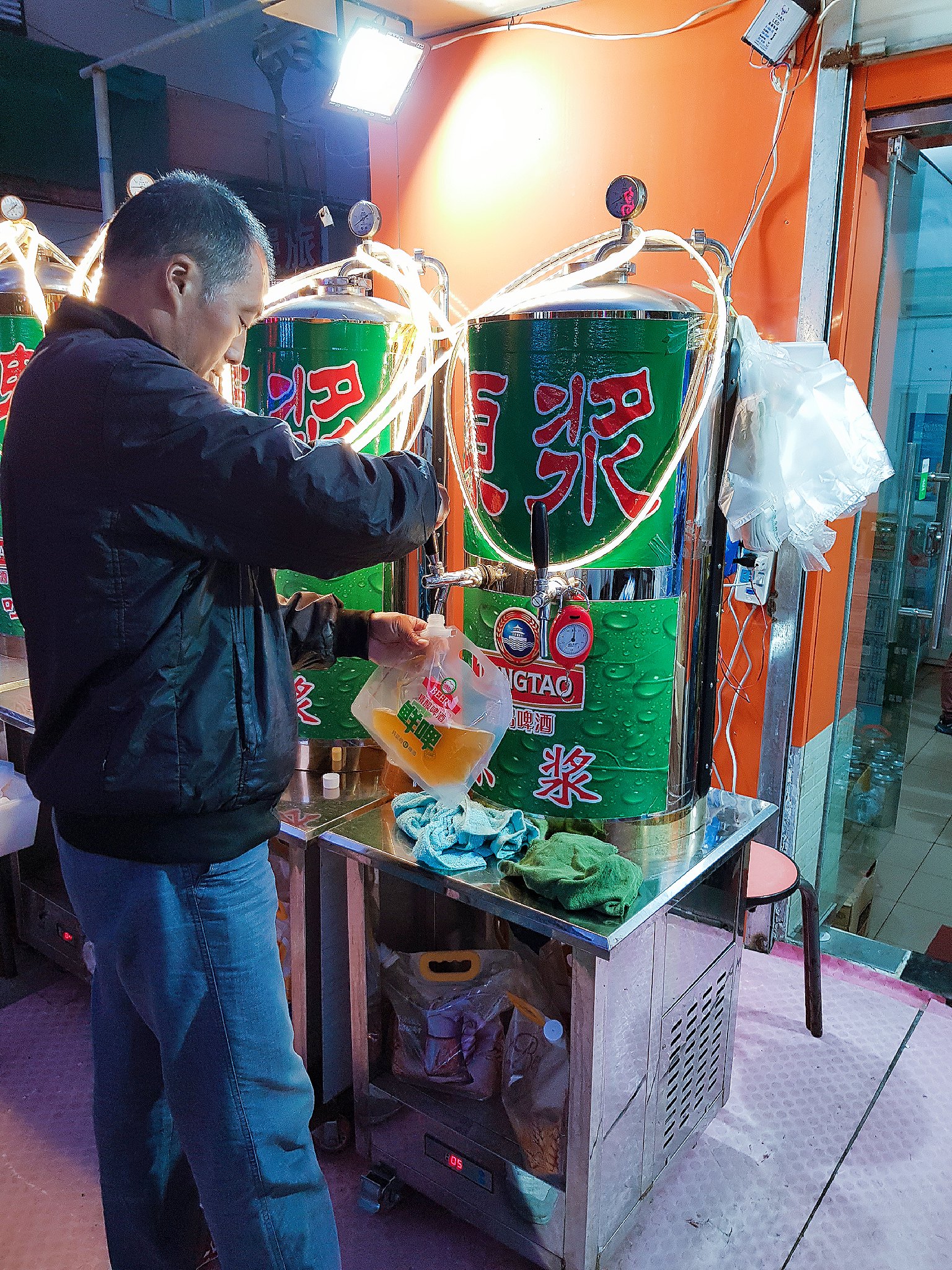 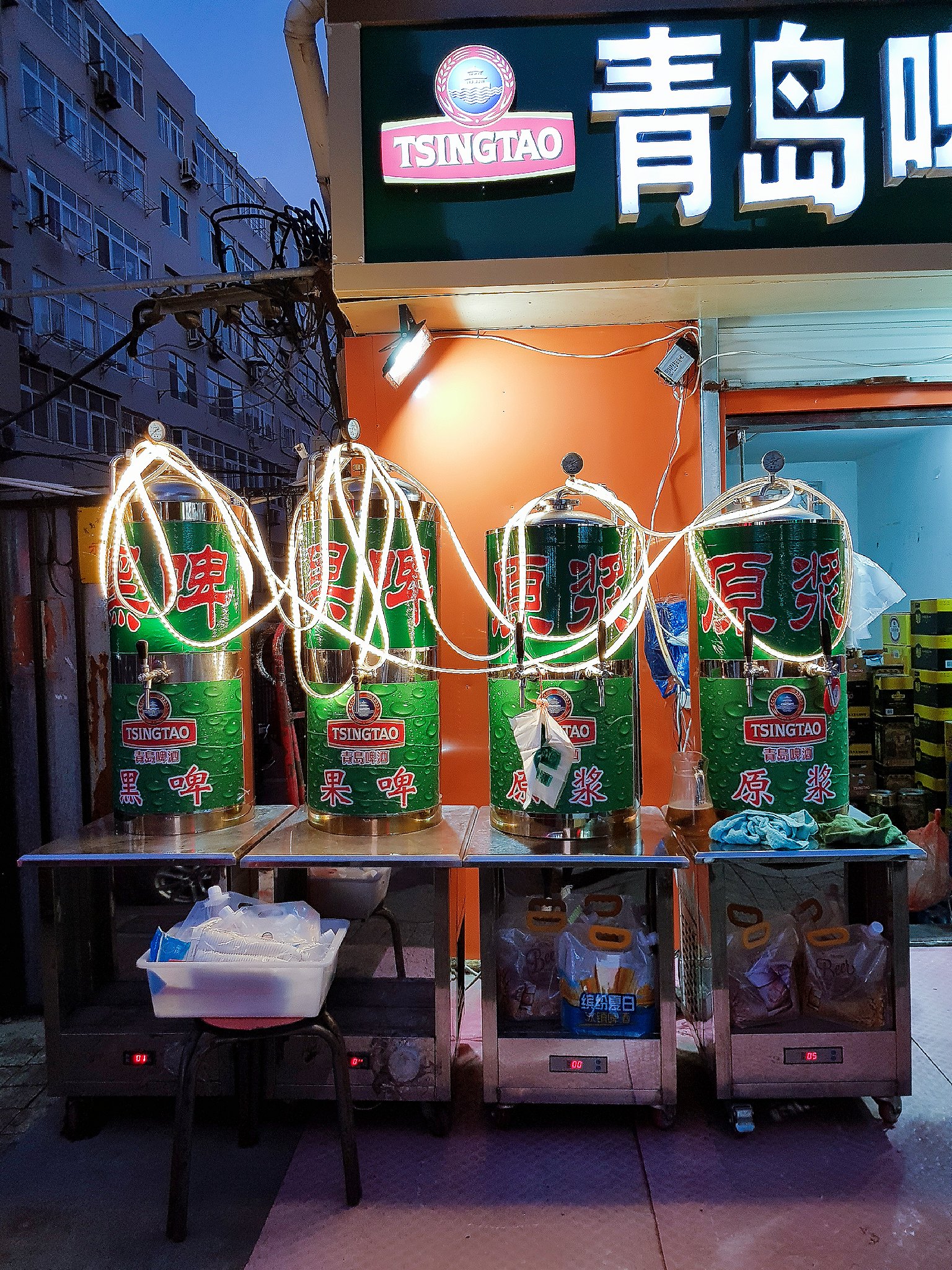 Where: Almost everywhere in the city

This may seem like an unlikely attraction, but the zoo is incredibly underrated. For a small fee (~RMB20), you unlock access to 120 animal species. This place is nested in the north-most area of Qingdao ZhongShan Park (青岛中山公园), where the general admission is free. If florals and blossoms are your thing, the variety of botanical gardens here will have you clocking at least 20,000 steps in a day.

So back to the zoo. You’ll see animals like the badgers, red pandas, pandas, moose, panthers, cheetahs run freely…in their own cages. This place is quite child-friendly too, with certain petting zoo corners open during the warmer months. 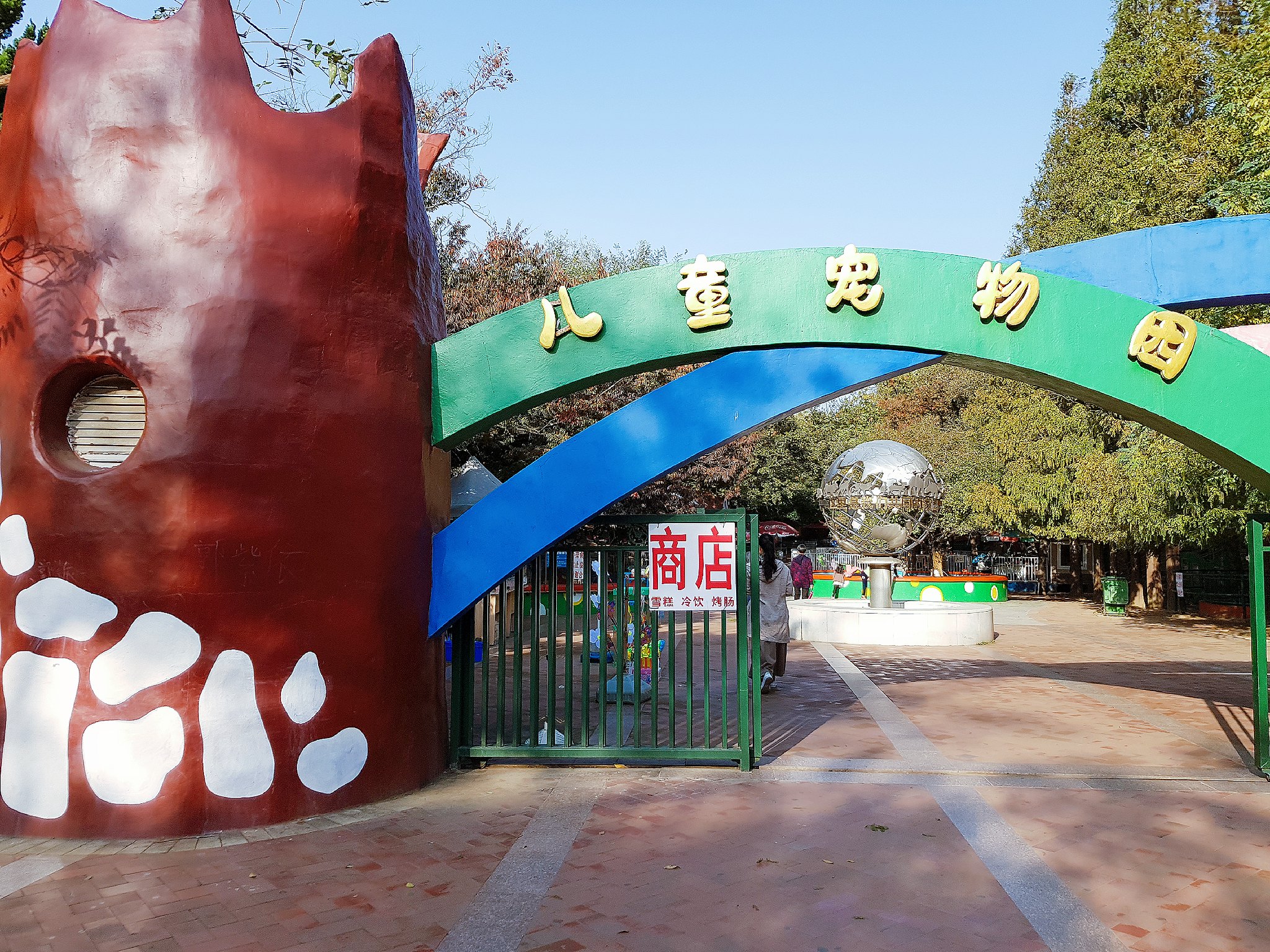 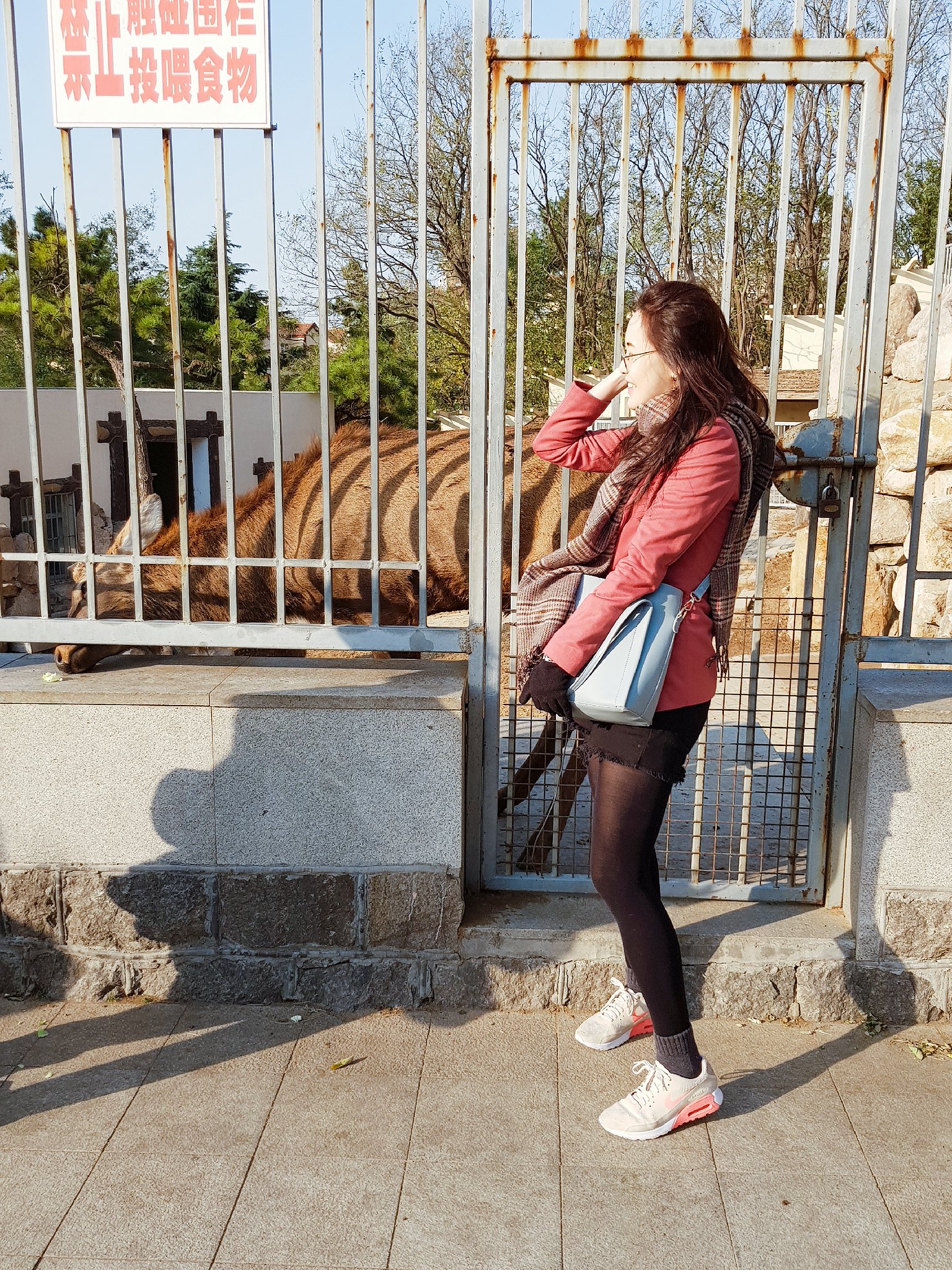 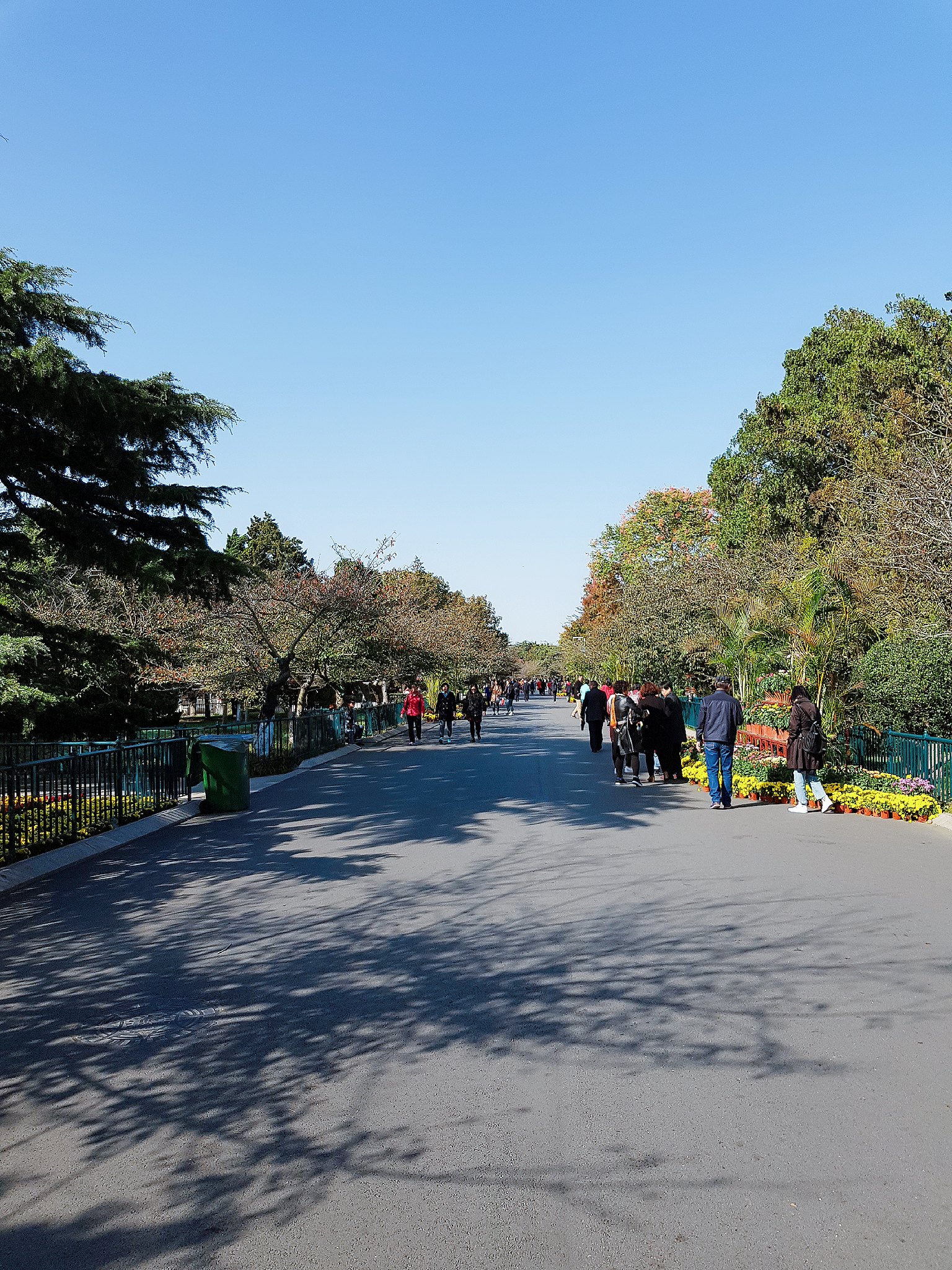 So in Qingdao there are both beer and wine museums. In my honest opinion, I was slightly disappointed that we chose this really rundown and poorly kept wine museum at first, over the popular beer museum. But once I got to know that this wine museum was built in an old 8800sqm-long underground air-raid shelter, I begun to appreciate its musty smells and claustrophia-inducing walls. 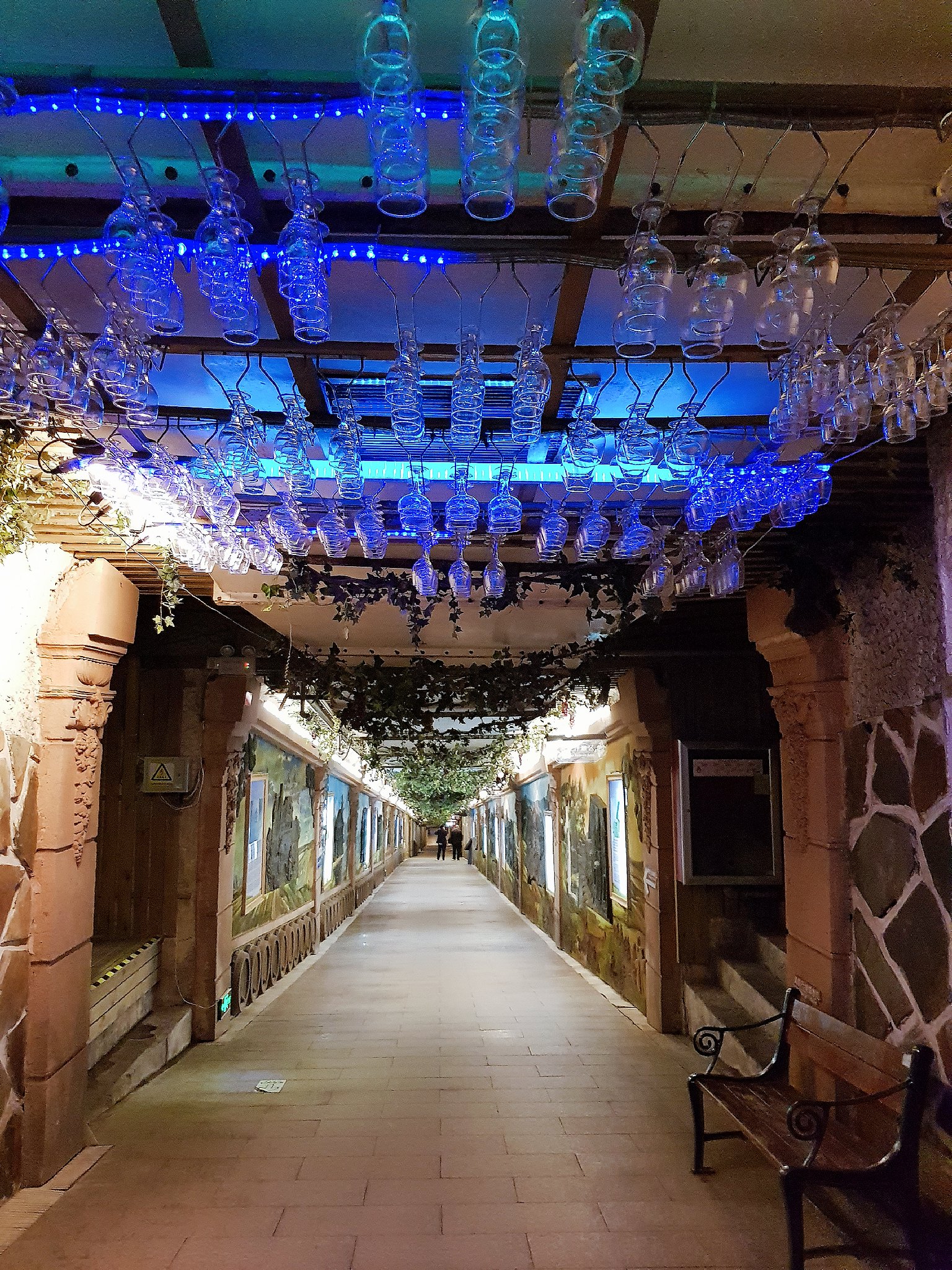 The history of winemaking in China can be traced back to 2000 years ago, when the great explorer and pioneer of the Silk Road Zhang Qian visited the West and brought back grape seeds. This museum celebrates not only the Chinese winemaking history, but also that of the Portuguese, Australian, French, etc. 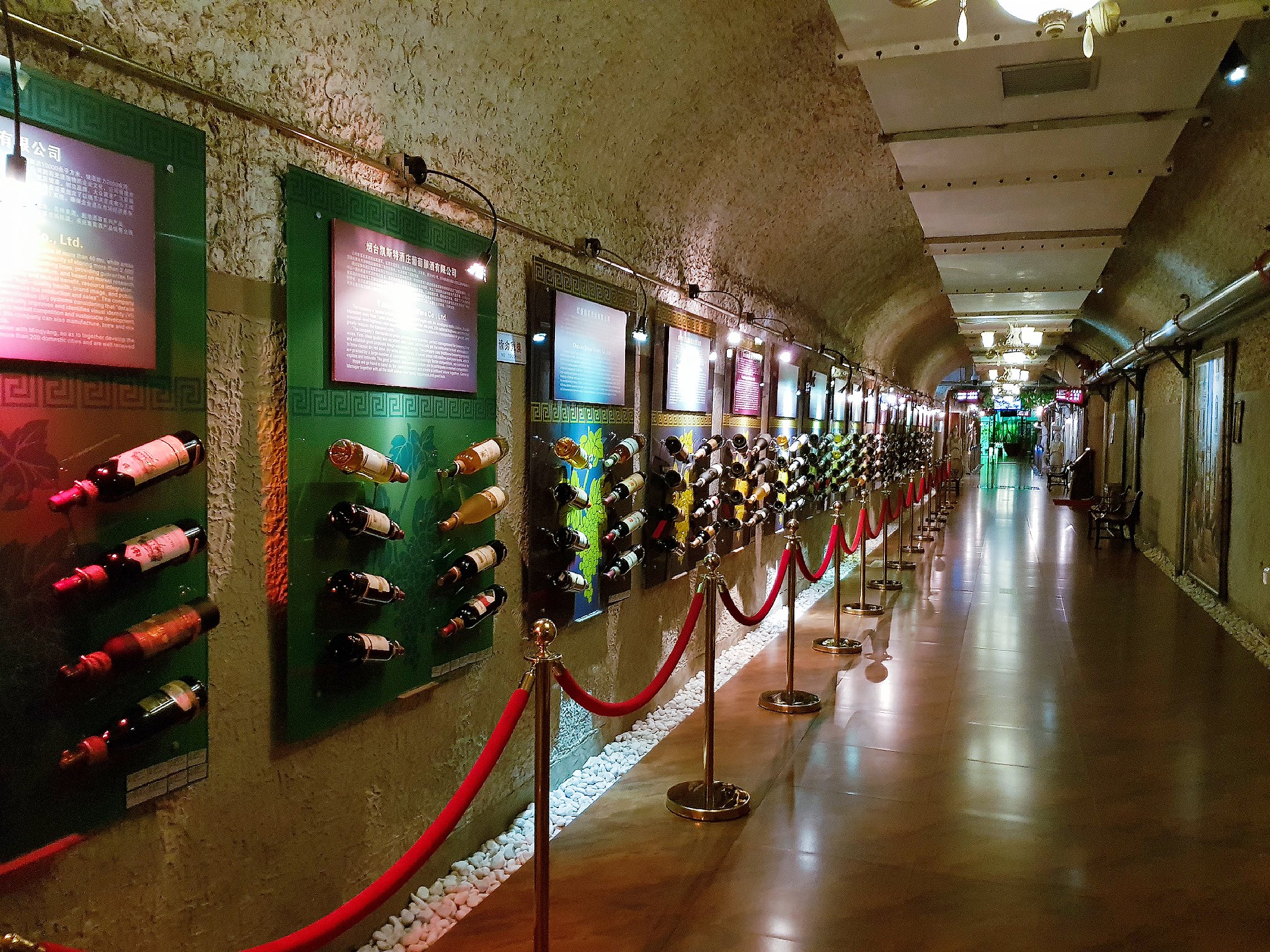 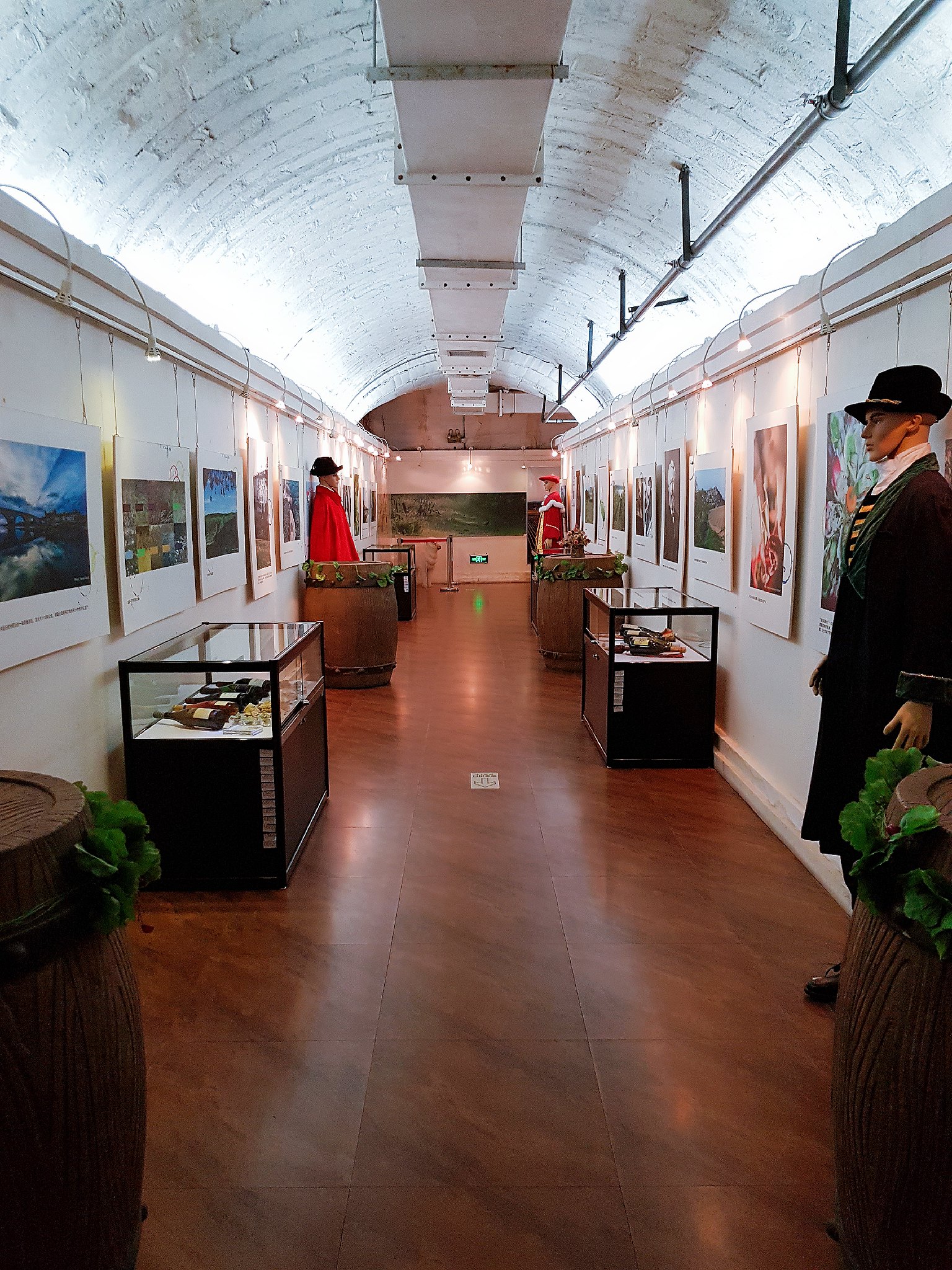 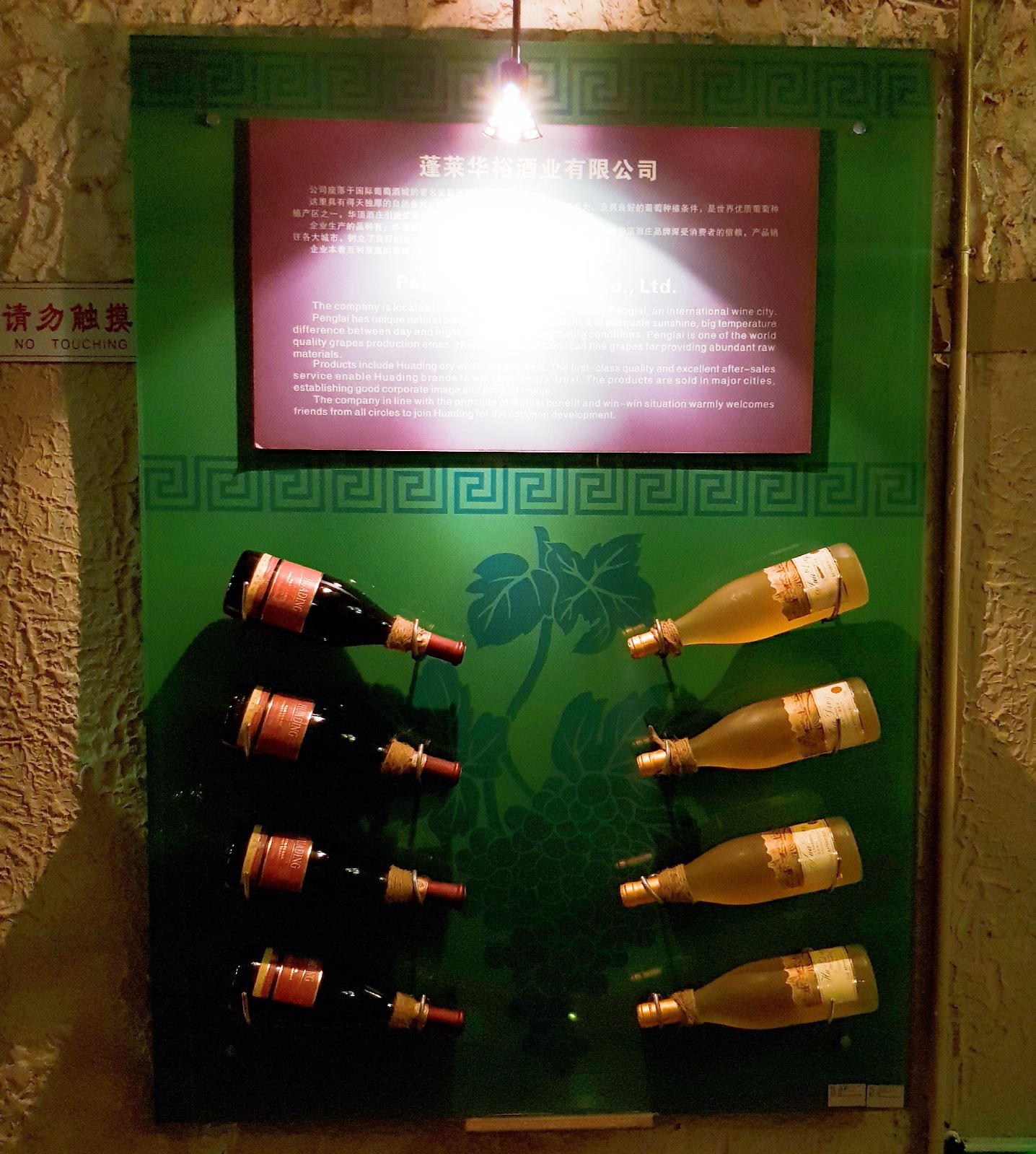 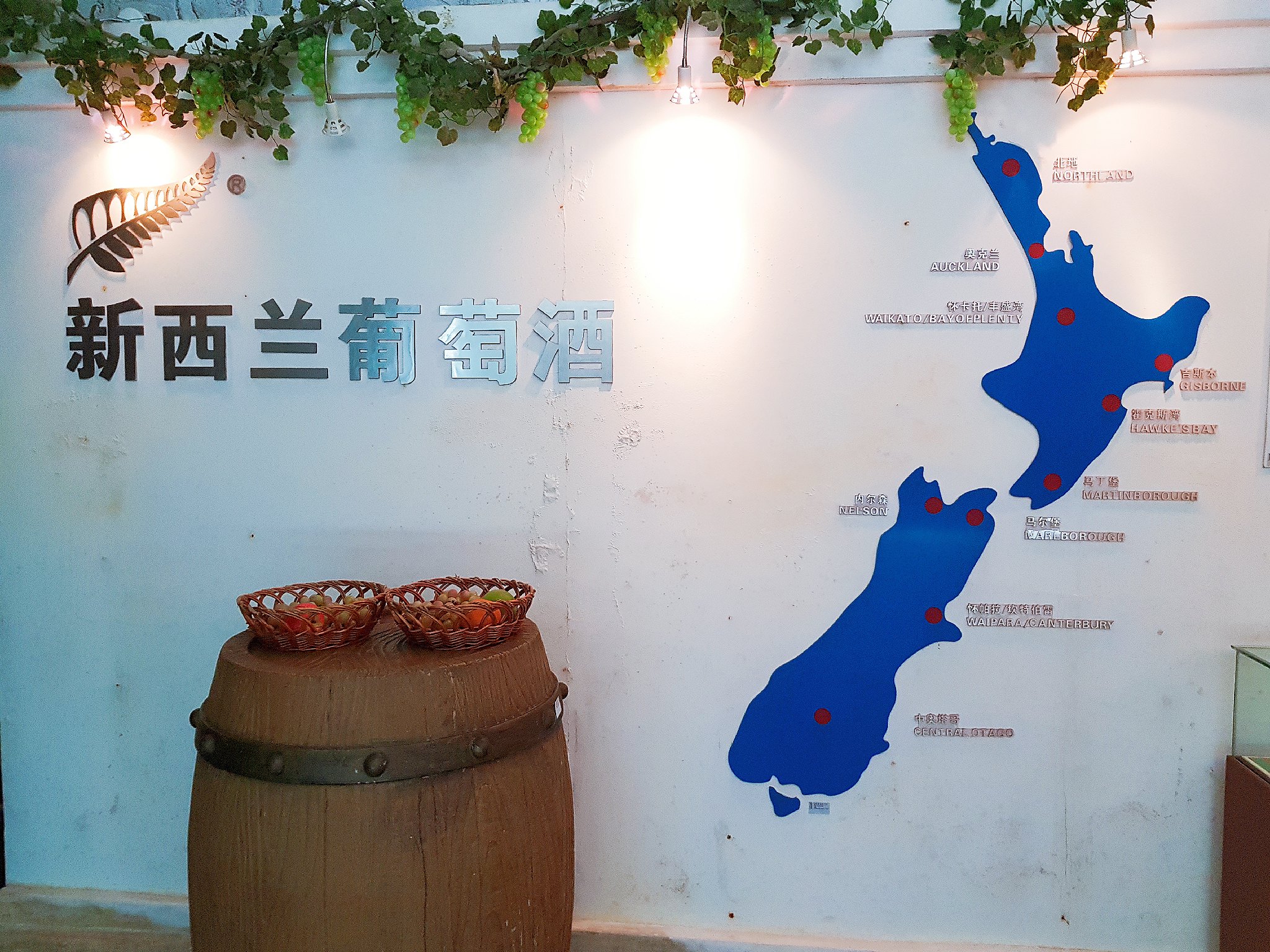 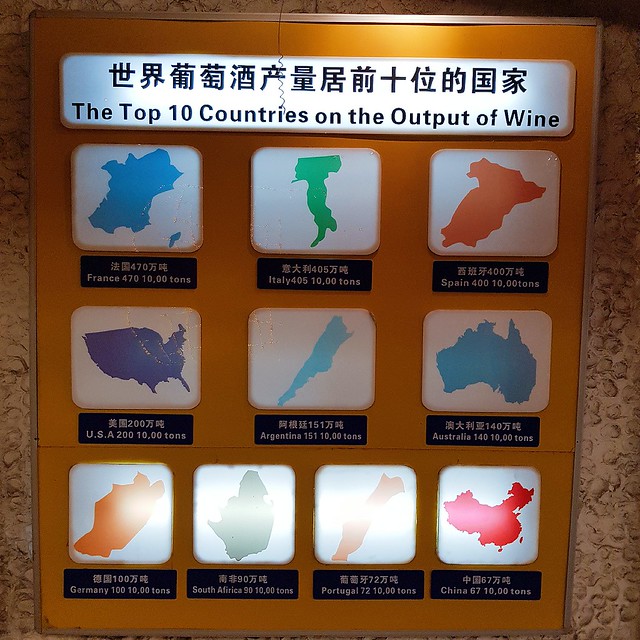 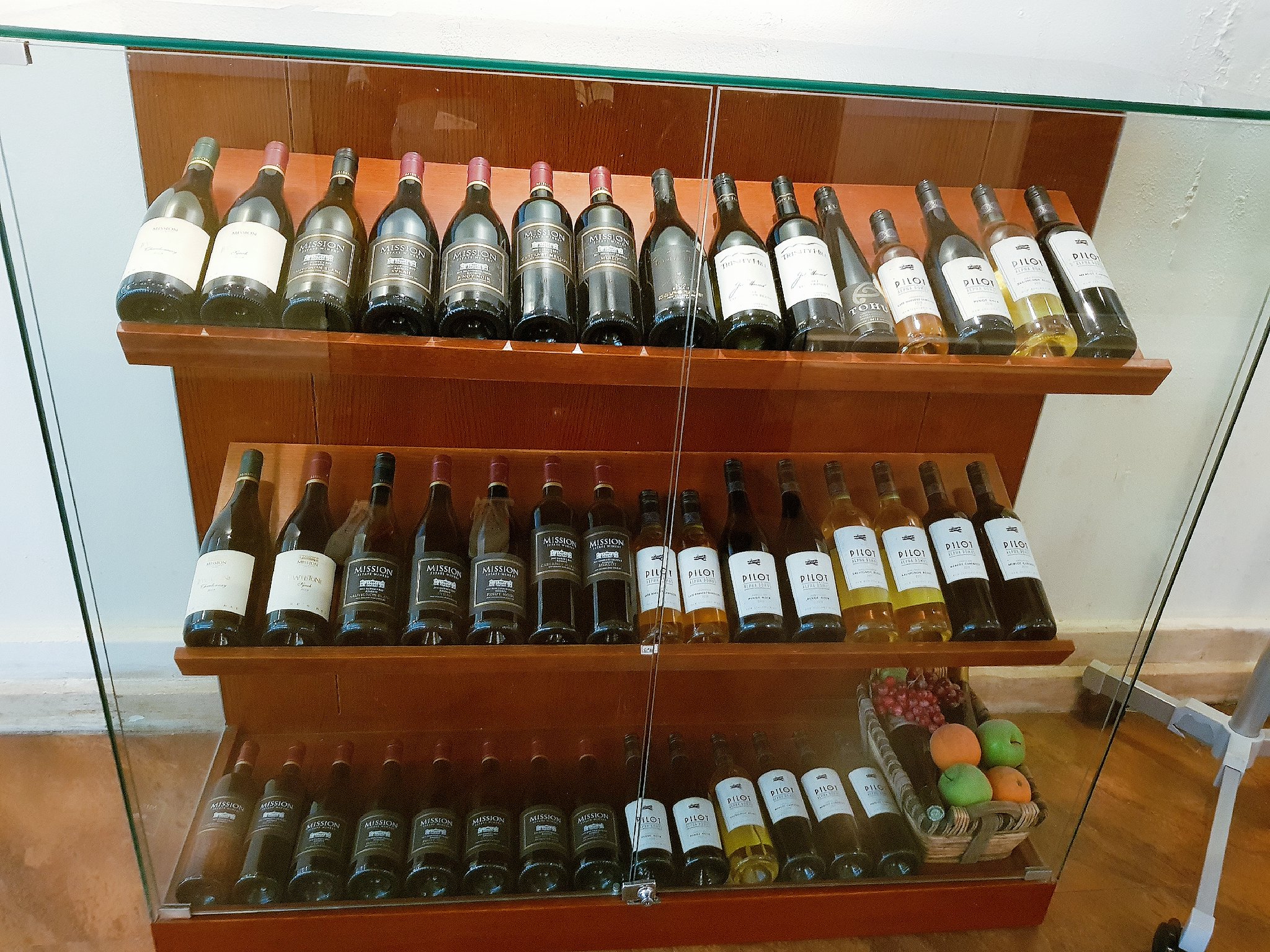 Always believed that you need to be properly educated on what you put into your body. At the end of this educational tour, there is a museum bar where a barista will guide you on selecting a wine that suits your tastebuds. We took home 2 inexpensive bottles. Negroamaro is a red wine grape variety native to southern Italy whilst we also got a familiar Bordeaux for a nightcap. 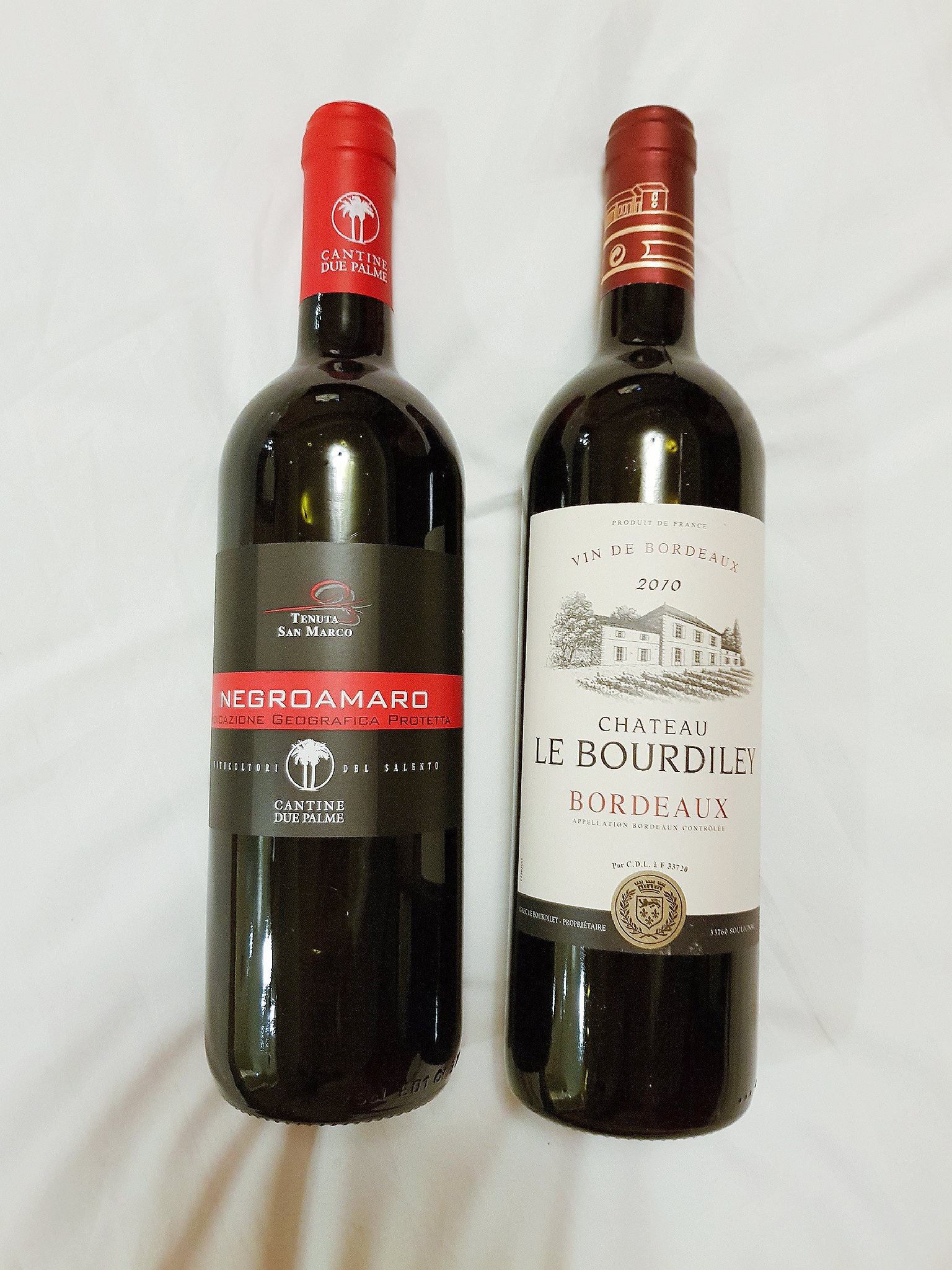 Seafood is a must-have in Qingdao. Like most coastal cities, Qingdao produces some of the freshest loot in the country by getting their daily catch along the northeast coast of China. So on our first day we headed straight for the crabs, tiger prawns, cockles, and cuttlefish balls. We didn’t even have to be picky on which restaurant to go for — all stalls had an assortment of seafood on their menu and a relatively bustling crowd of locals and tourists. Be adventurous and try some of their fancier selection (starfish, sea anemone etc).

You’ll also be able to get your beer fix from any of the roadside stalls, and be able bring your beer takeaways into the restaurants. Be sure to keep your stomach empty! 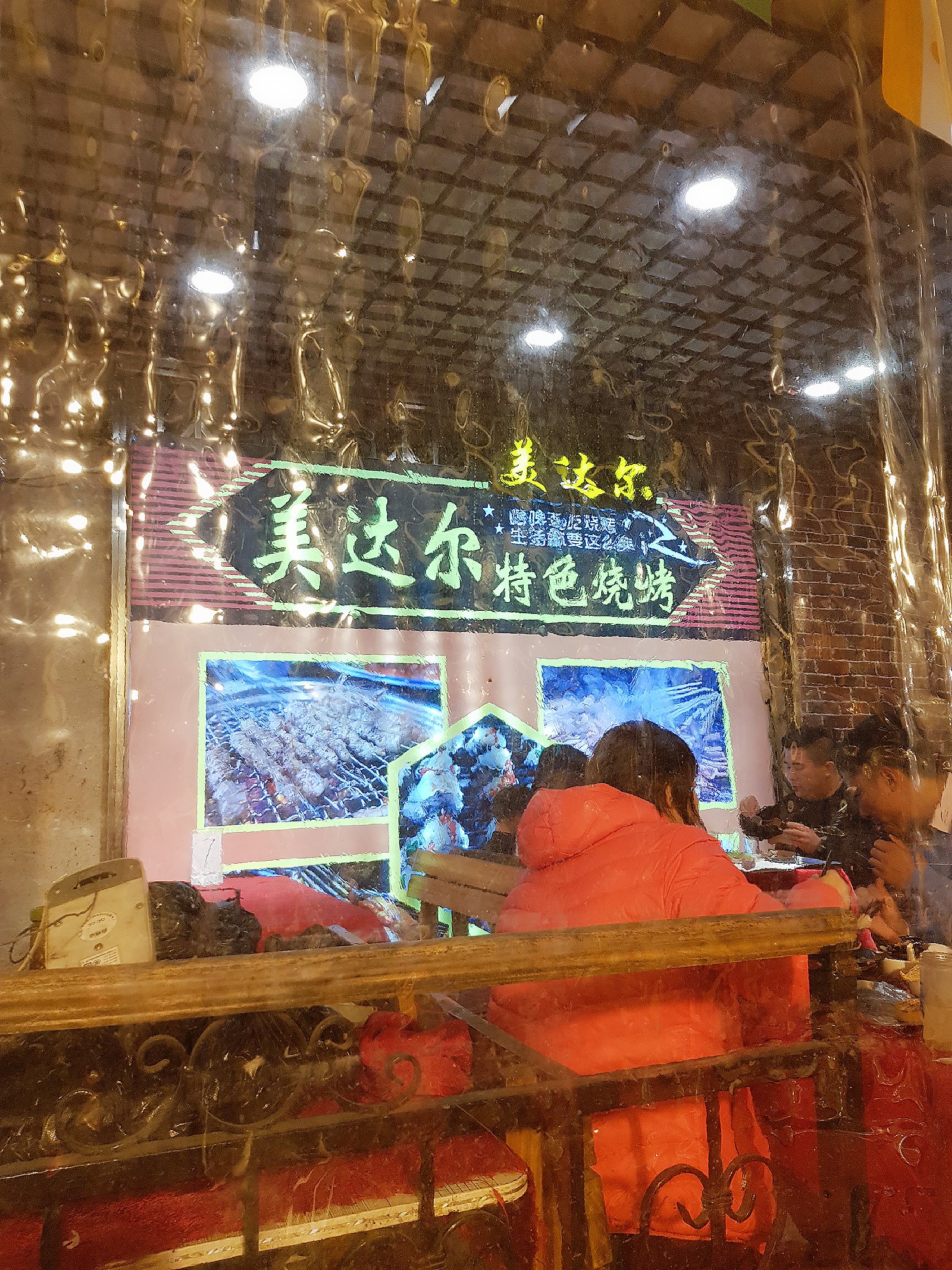 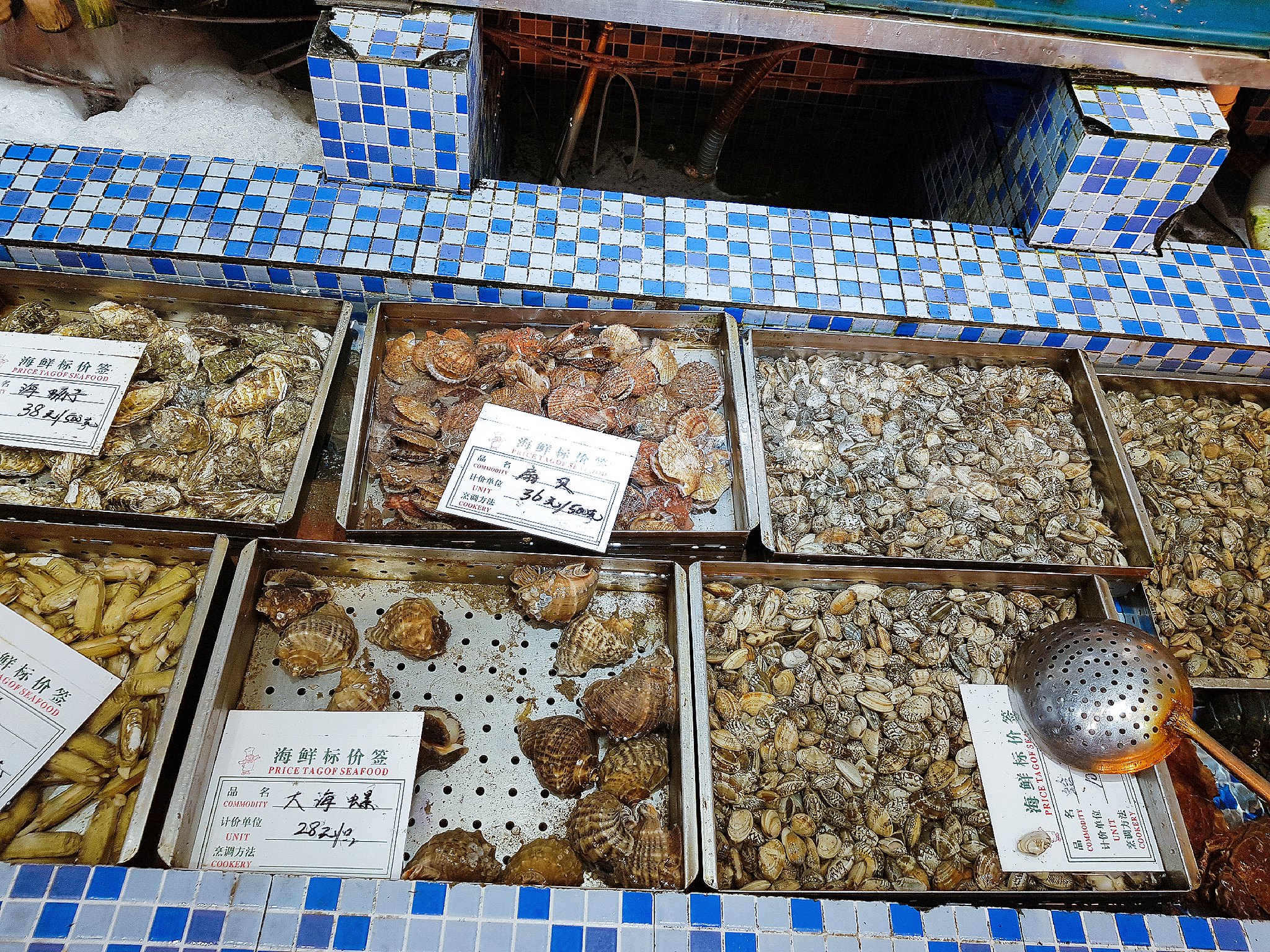 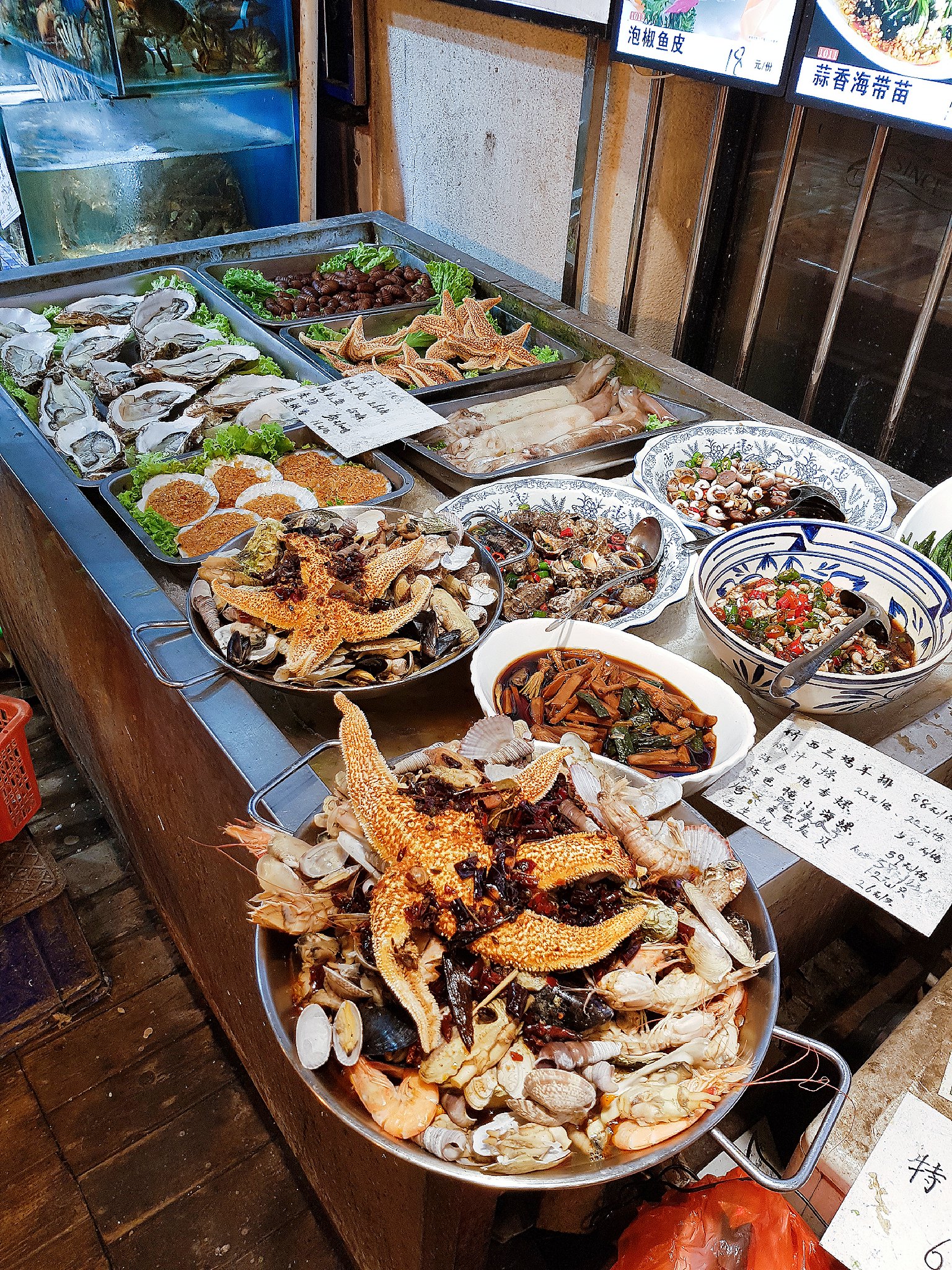 (Psst, we had starfish on our second day, and that’s a story for another day) 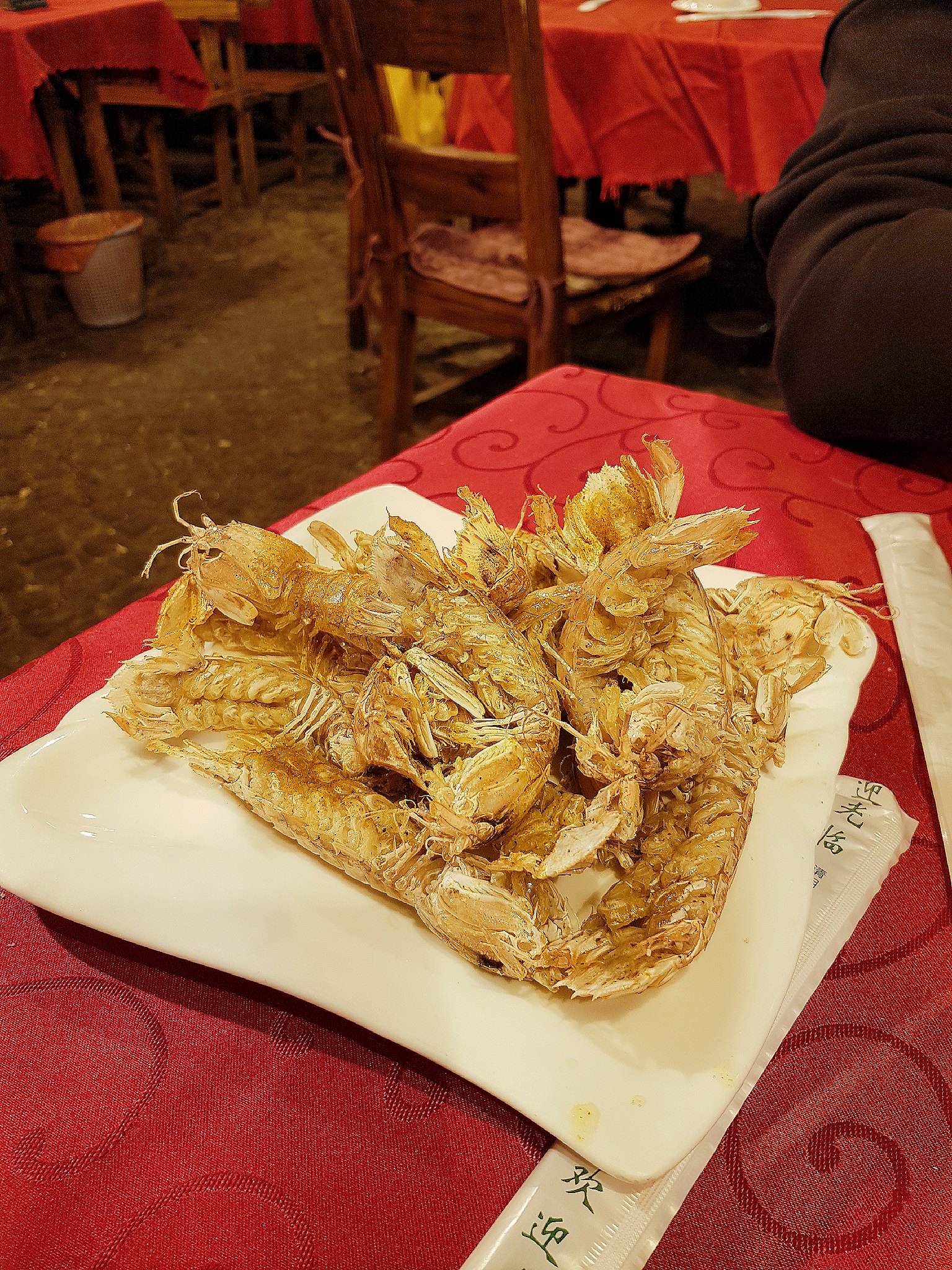 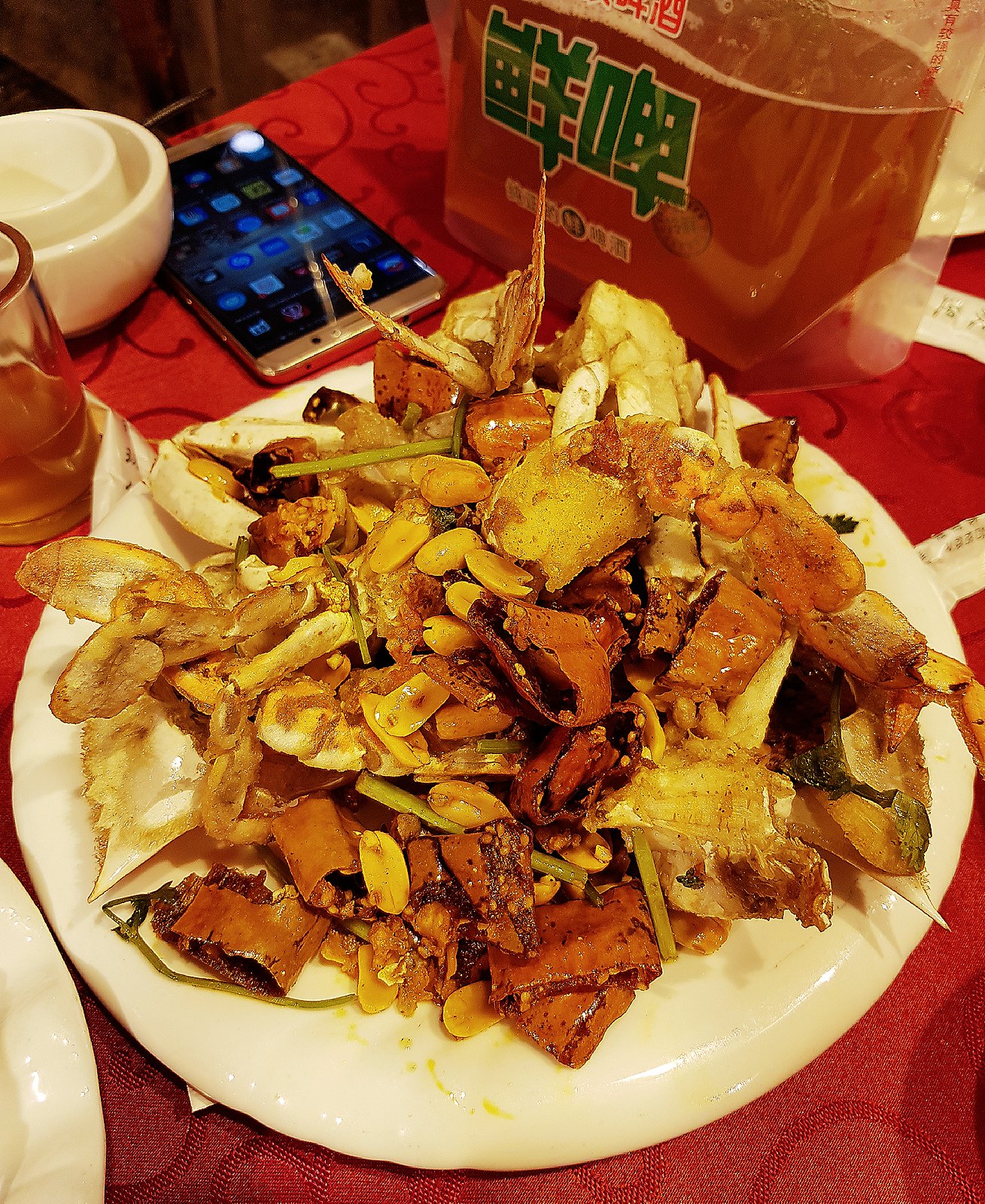 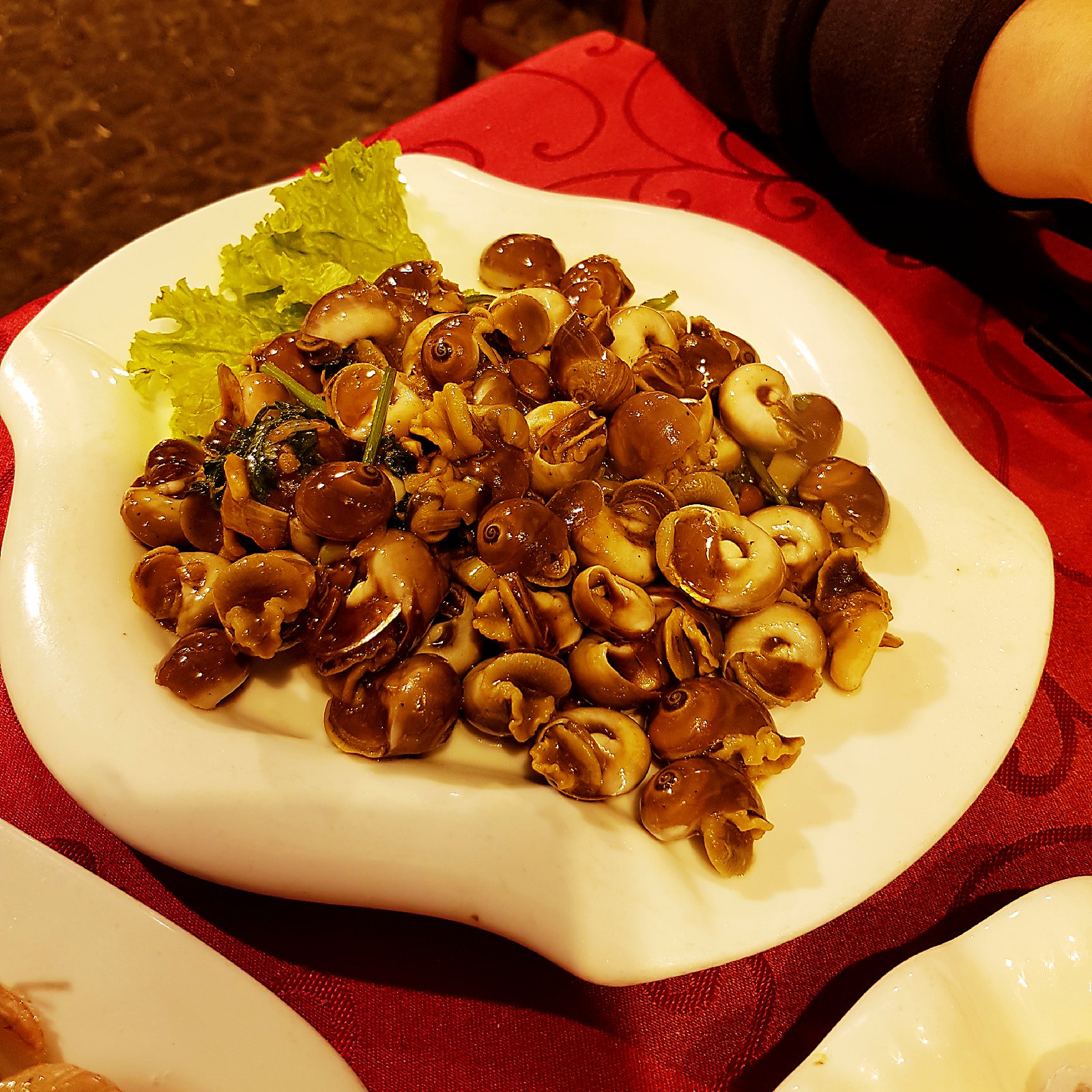 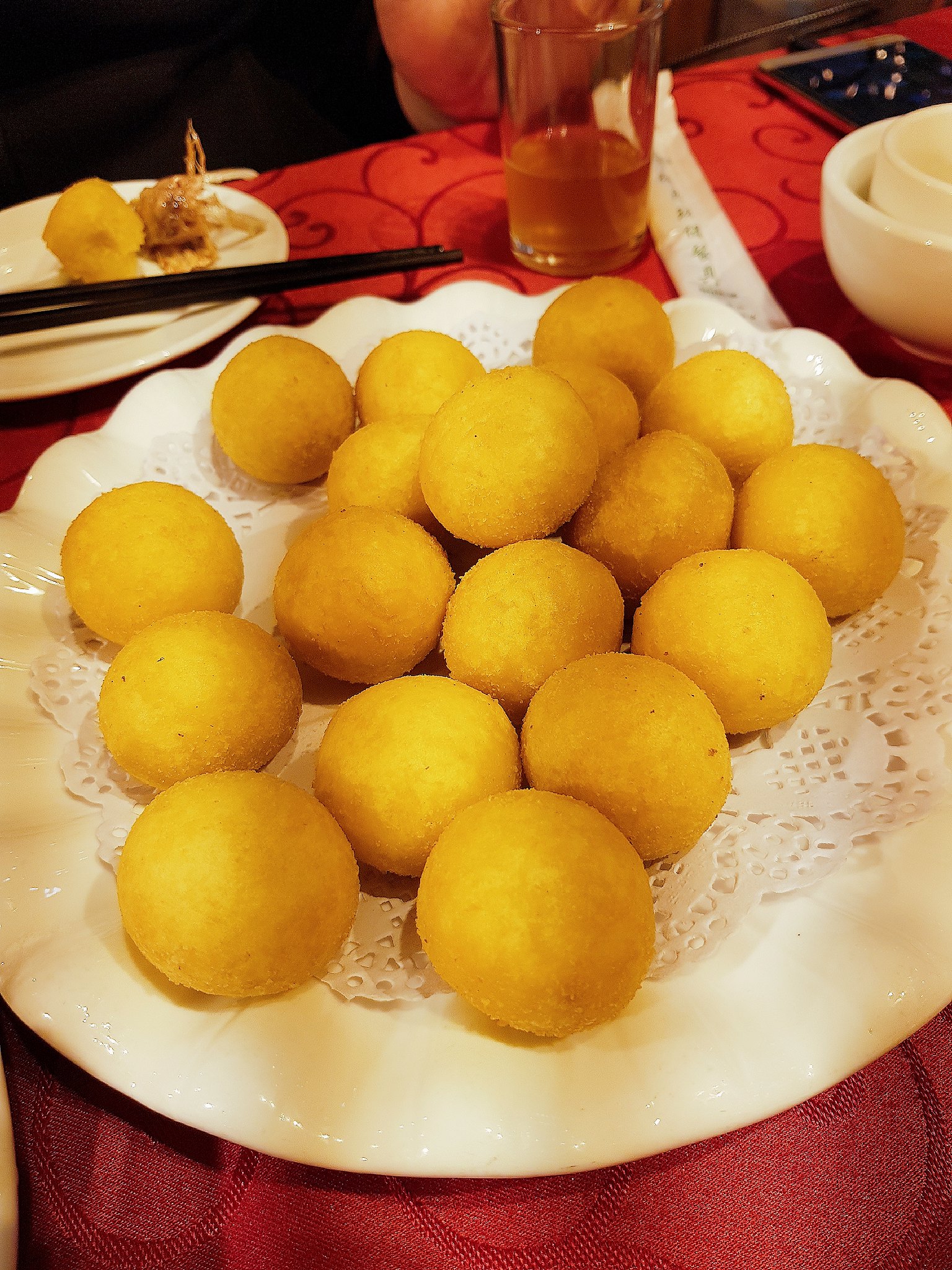 With fresh seafood, comes one of the Chinese’s best cuisines — Lobster Dumplings! In this particular store we hunted down, the dumpling skin is slightly thicker, and is able to carry a whole lot more broth.

At 22RMB for 8 dumplings, must say these are pretty affordable. 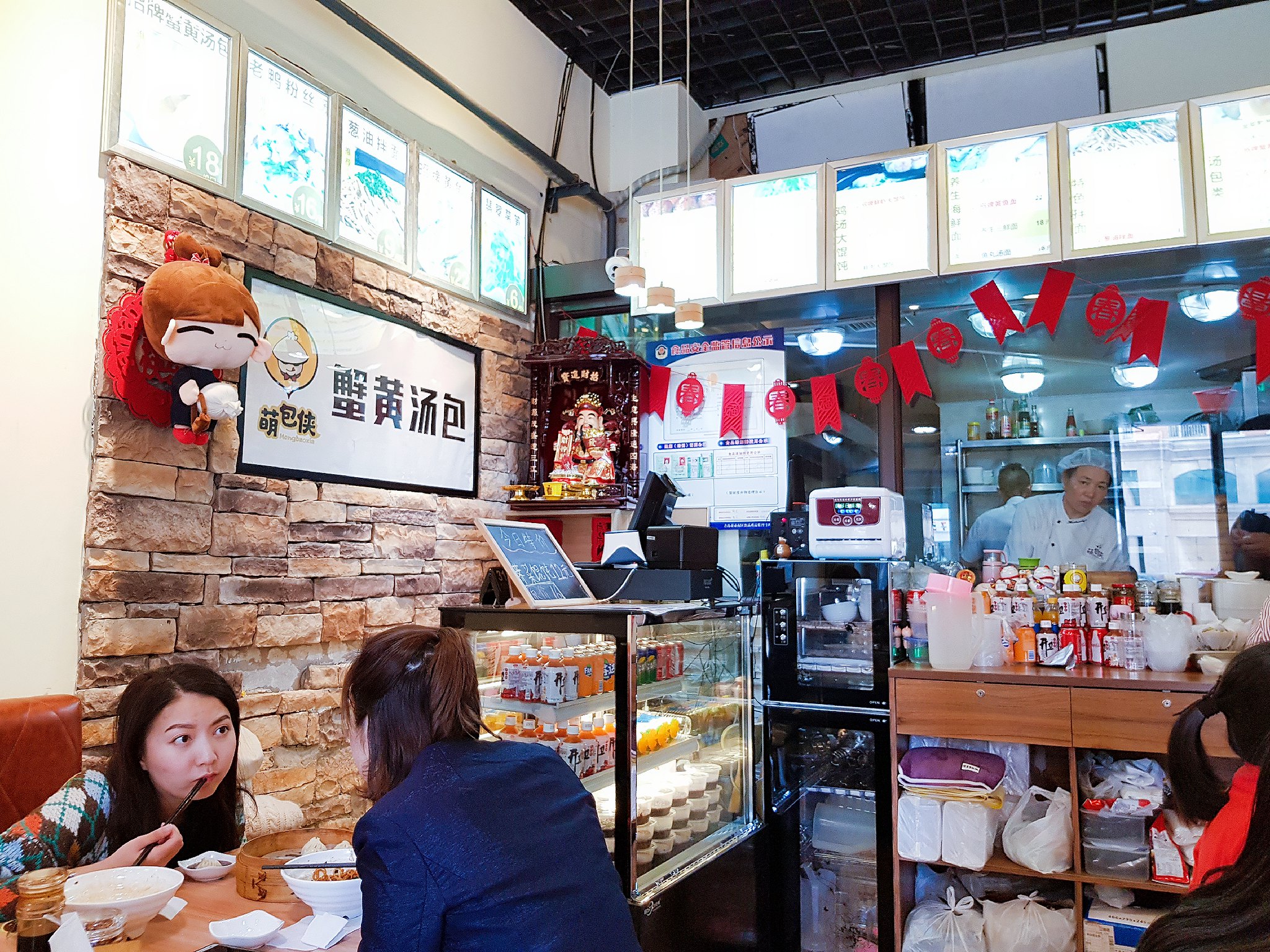 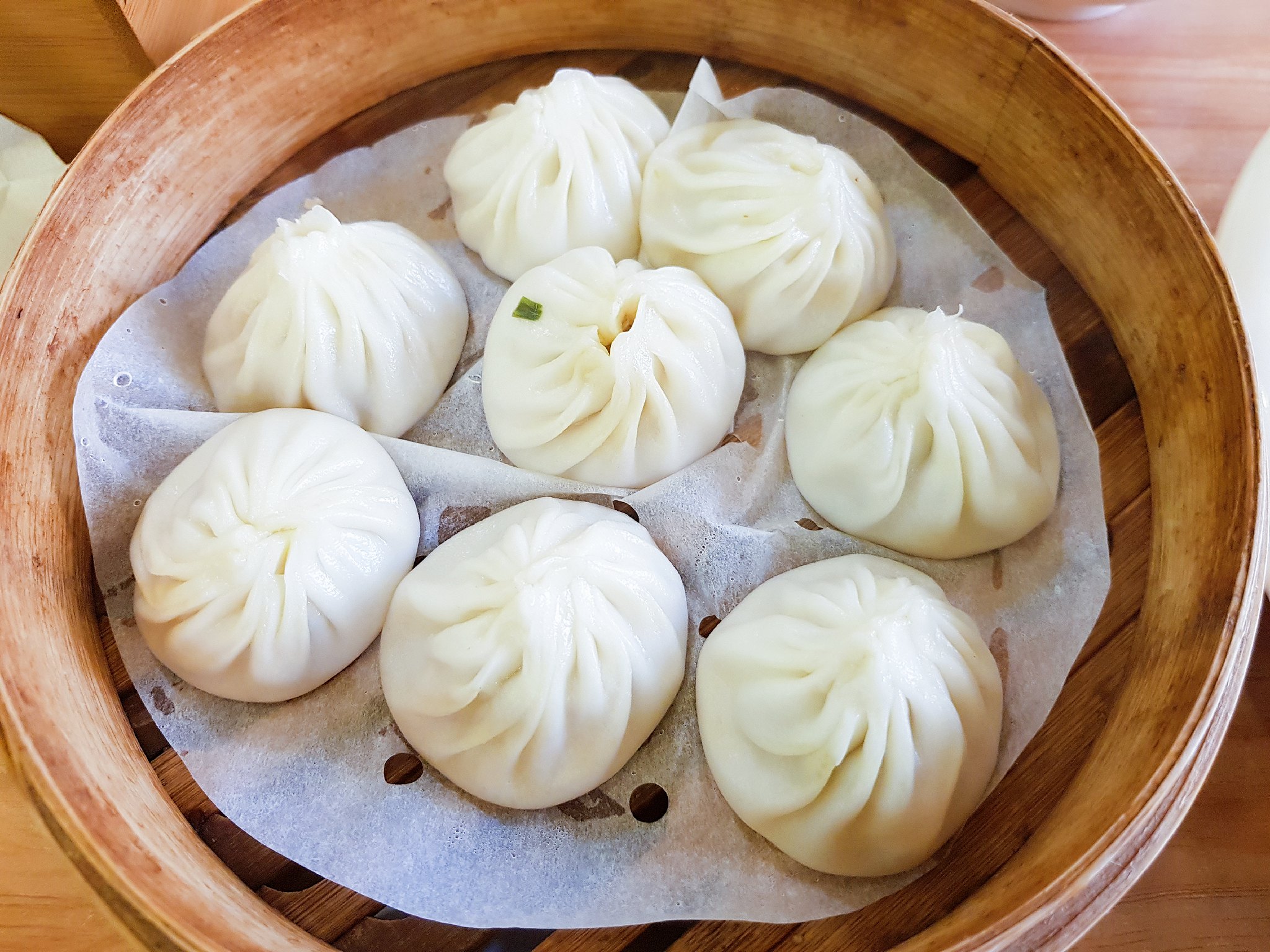 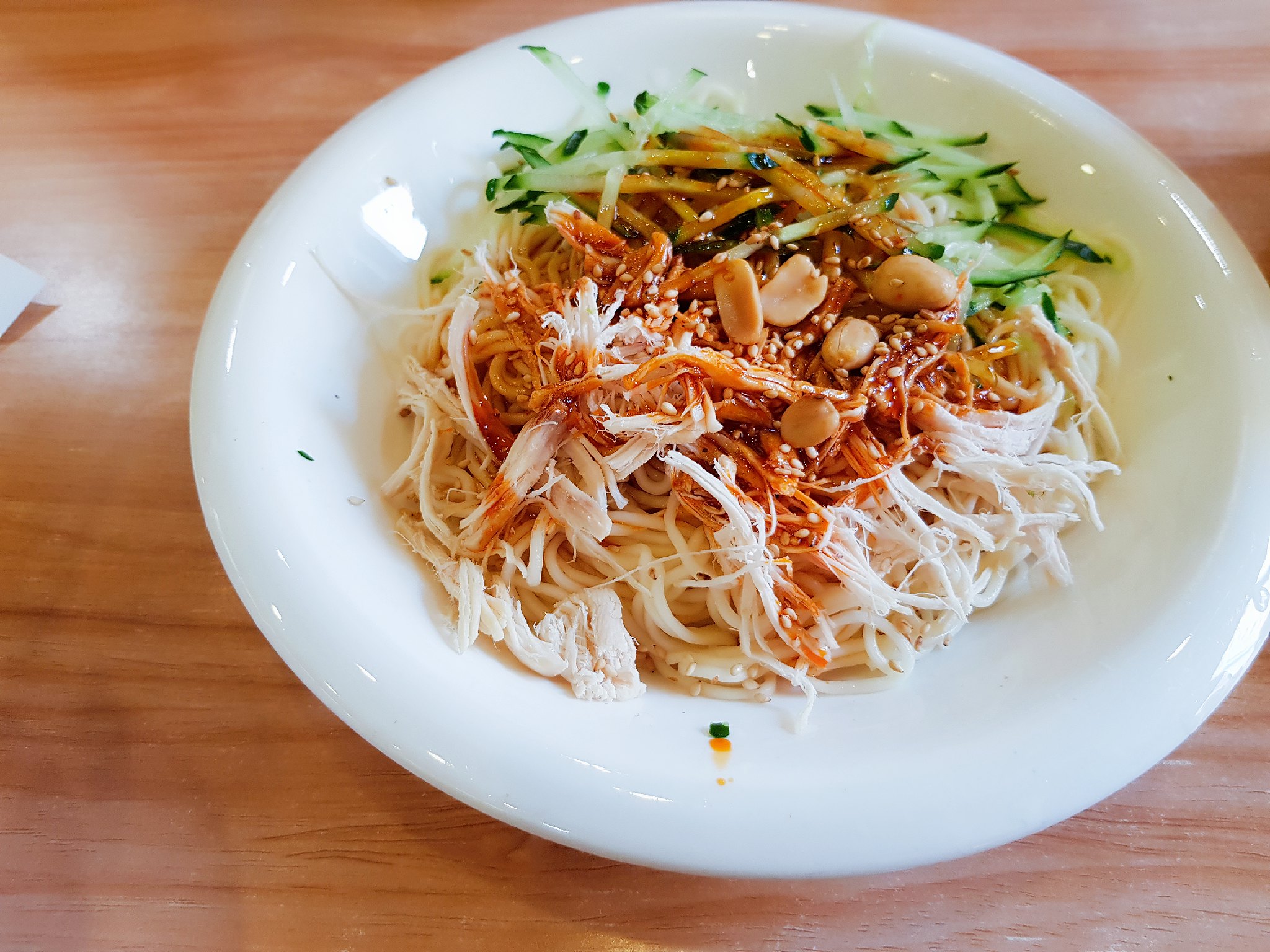 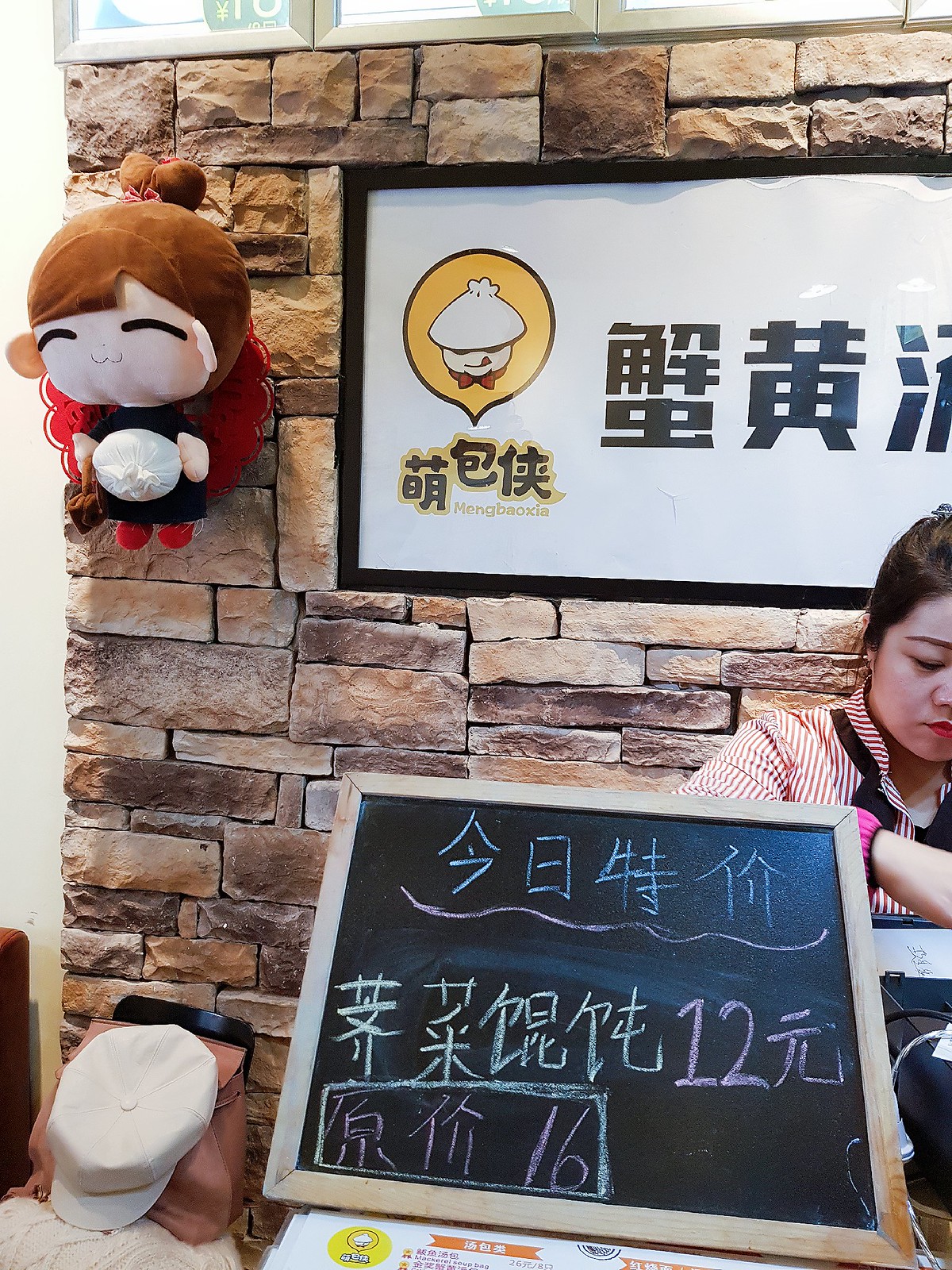 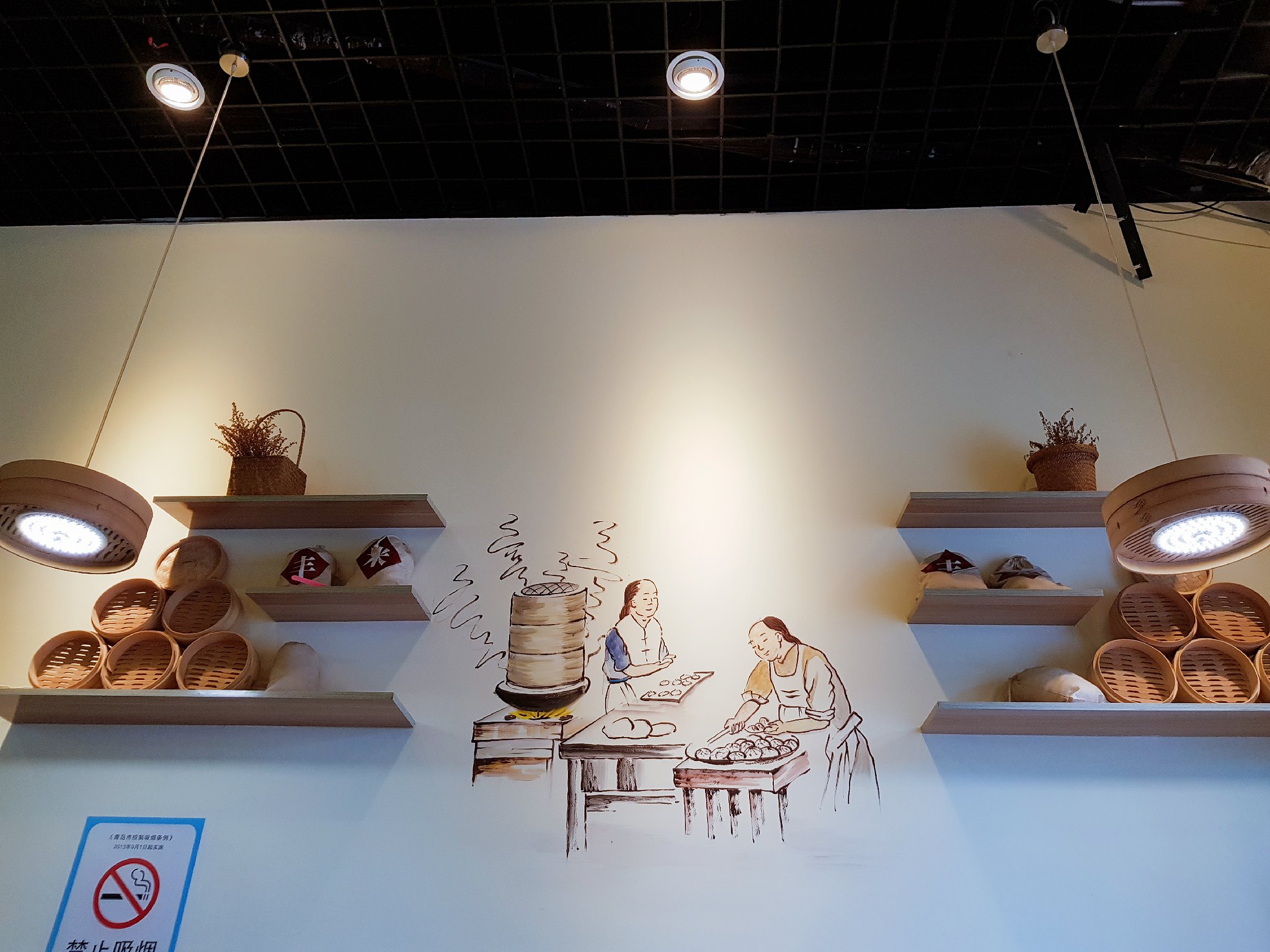 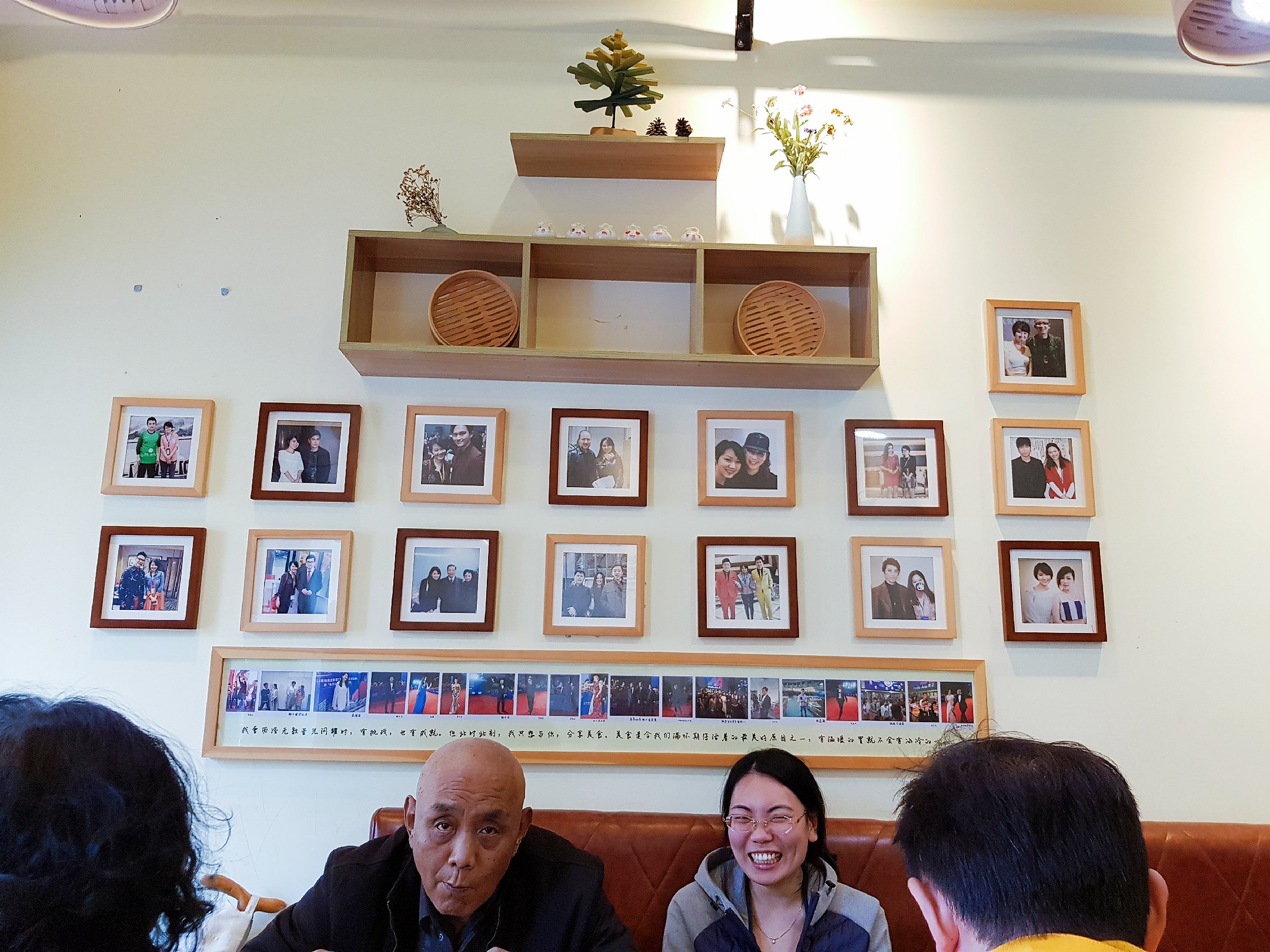 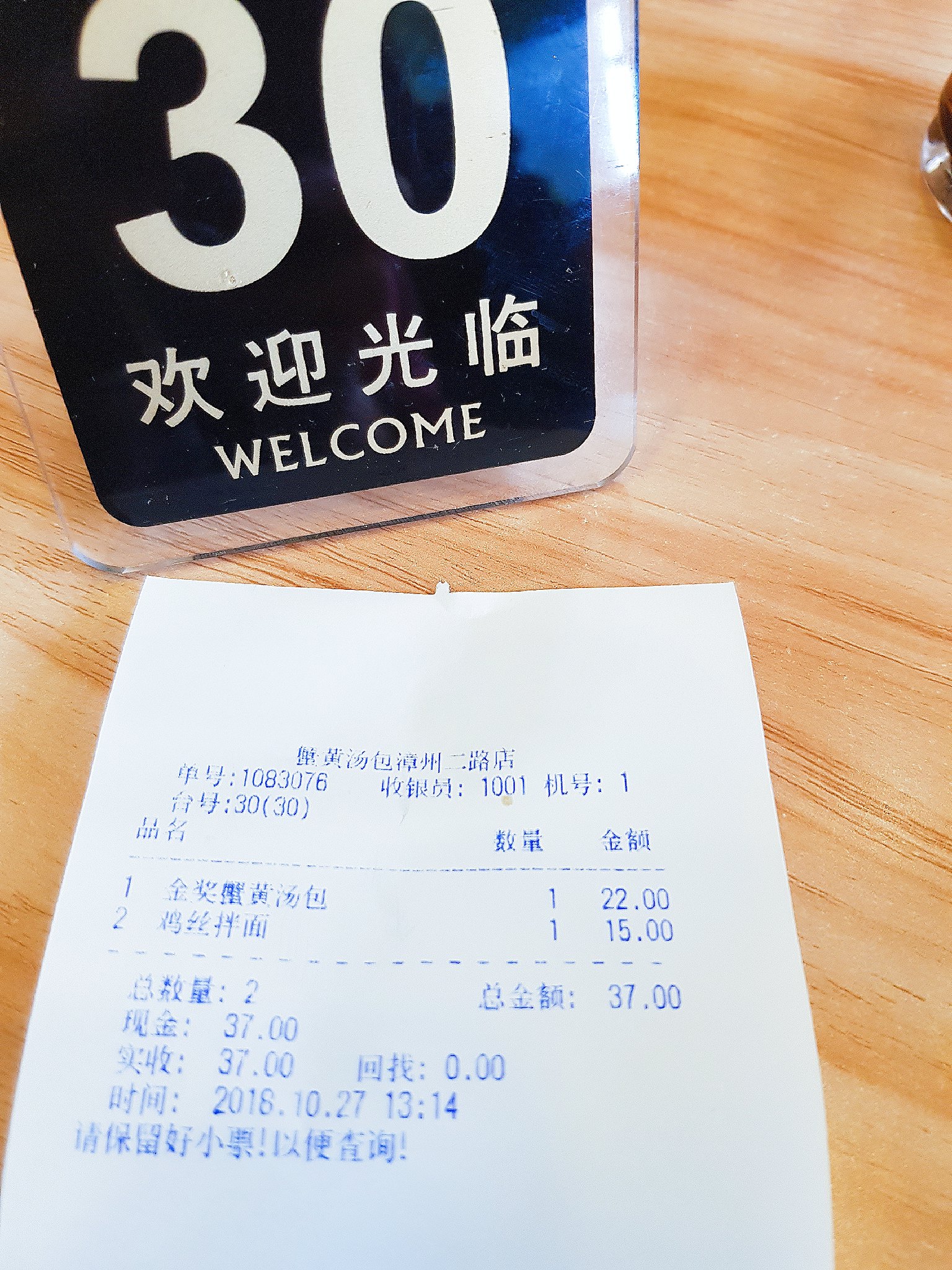 I still miss Qingdao ♥ ; prior to my trip I researched quite a bit and may be able to answer some travel questions about this place. But there is one thing I still don’t get: so is it Qingdao or Tsingtao? 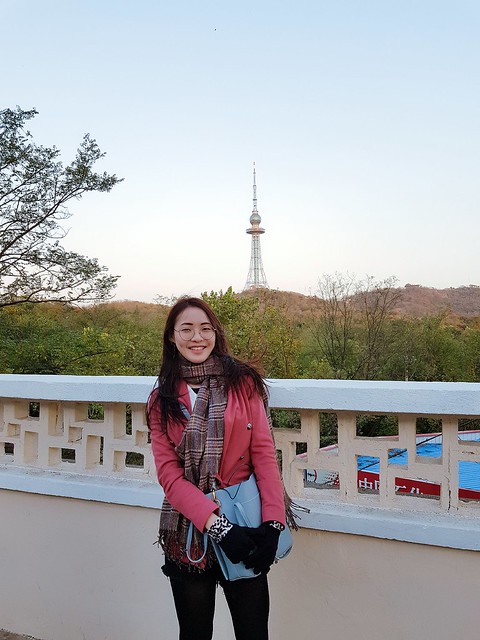